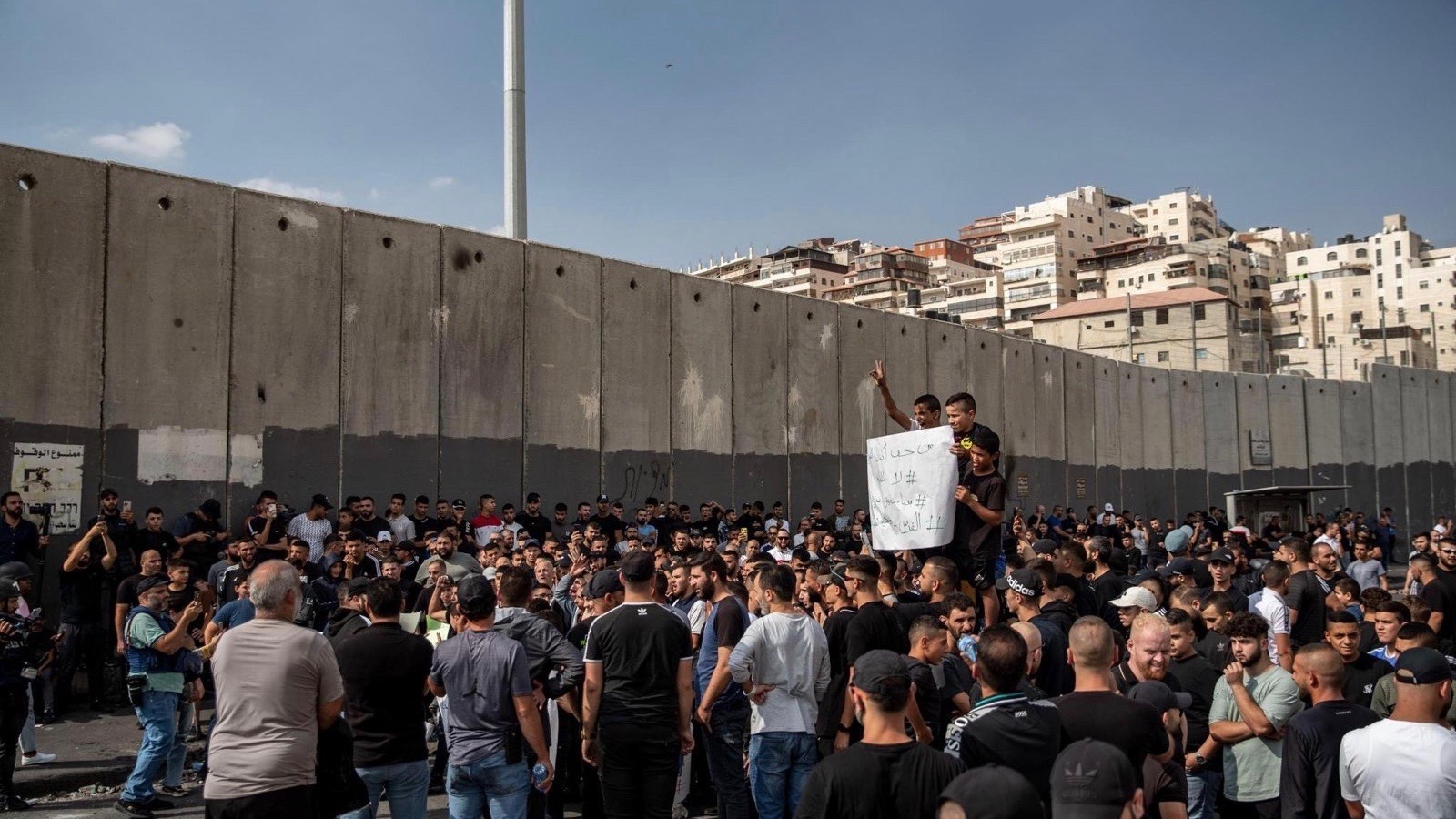 A Palestinian youth was killed and several others were injured after Israeli occupation forces opened fire at protesters in Bethlehem in the occupied West Bank on Wednesday, October 12. The protesters were demanding lifting of the Israeli siege on the Shuafat refugee camp in occupied East Jerusalem.

According to the Palestinian Ministry of Health, 18-year-old Mohammad Adwai was shot dead and another youth was injured after Israeli forces opened fire at protesters.

Israeli forces also attacked several other protests across the occupied West Bank and East Jerusalem, including one at the Shuafat checkpoint itself, injuring several protesters.

The protests on Wednesday were part of the Palestinian call for strike against Israel’s ongoing siege of Shuafat, one of the largest Palestinian refugee camps. Protests were also held in several Israeli cities, such as Haifa, demanding the immediate lifting of the siege on Shuafat.

TODAY: Palestinians protest in #Haifa against the closure that Israel imposed on the Shuafat refugee camp near Jerusalem. The closure was imposed following a Palestinian attack that targeted an Israeli checkpoint near the camp on Saturday, in which one Israeli soldier was killed. pic.twitter.com/Wyahk5eaT1

Israeli forces have besieged the Shuafat camp for last five days, where around 100,000 Palestinian refugees live. They prevented people in the camp from going out and also disallowed people from outside to enter. According to Quds News Network, Israeli forces also blocked the entrances of the nearby towns of Anata and al-Salam, and were conducting raids all across the occupied territories.

According to the Palestinian Wafa news agency, at least two dozen Palestinians have been arrested from the occupied West Bank and East Jerusalem in the mass raids so far.

According to the latest reports, though Israeli forces partially opened the checkpost leading to Shuafat on Thursday morning, they brought reinforcements including bulldozers inside the camp, which hints at the continuation of the raids.

Video| An Israeli military bulldozer has just broken into Jerusalem’s Shuafat refugee camp which has been under strict Israeli blockade for five consecutive days. pic.twitter.com/2HIjPjJBqT

The Israeli occupation forces have claimed that they are looking for a suspect involved in the killing of an Israeli soldier at a checkpoint last Saturday. The mother and brother of the suspect were arrested from the camp but later released.

The siege of the camp has left thousands of Palestinians, many who need regular medical checkups and treatment for terminal diseases such as cancer, stranded inside the camp without medical supervision and medicines as Israeli authorities did not allow those supplies inside. Most of the basic services like sanitation were also affected. Thousands of school children who travel to the main city for studies are also not allowed to attend their classes, Mahmoud Abu al-Antouz, head of the camp’s popular committee, told Al-Jazeera.

Reacting to the growing Israeli atrocities, the Palestinian Authority issued a statement condemning the siege on Shuafat. It termed it as “collective punishment” and demanded that the international community immediately intervene to force Israel to abandon such oppressive and illegal measures.

Human rights groups have also called for the immediate lifting of the siege, calling it another example of the use of prohibited “collective punishment” methods against the Palestinians living under occupation.

The ongoing Israeli siege of the Shu'fat refugee camp & Anata in occupied #Jerusalem is an act of collective punishment that is forbidden under international law.

The international community must act immediately to stop such #IsraeliCrimes. https://t.co/Yll8JNPQyH

Israel has imposed a complete blockade on the Gaza strip for more than a decade and half now, leaving the economy of the region and the living conditions of its millions of residents in a precarious situation.

Just like Gaza, majority of the residents of Shuafat are refugees of the Nakba, when, during the time of Israel’s creation in 1948, they were forcefully expelled from their homes by Israeli armies in an attempt to ethnically cleanse the areas in historical Palestine. The Shuafat camp was built in 1965 by the United Nations Relief and Work Agency (UNRWA) which is responsible for Palestinian refugees.