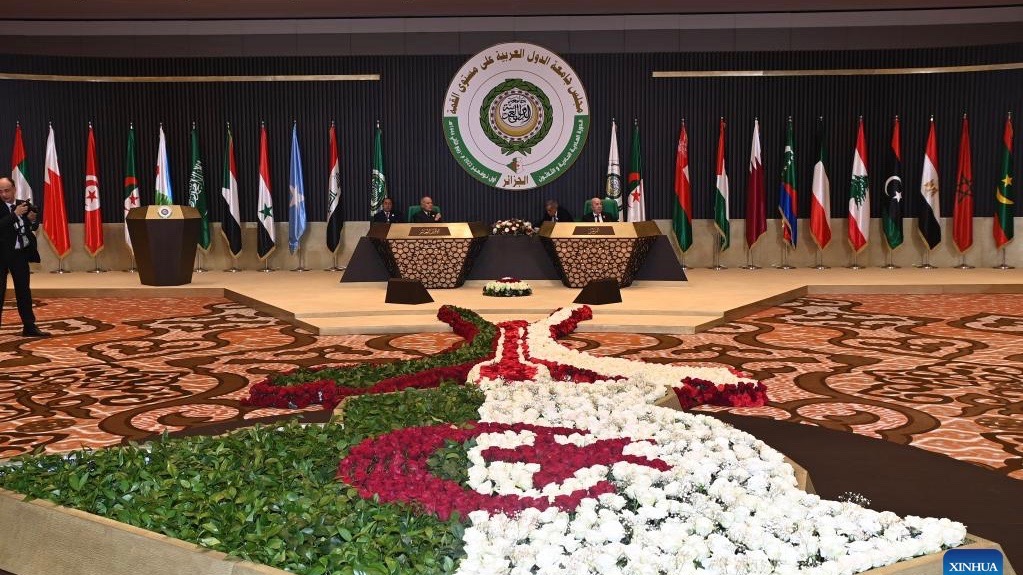 The Algiers Declaration issued at the conclusion of the two-day Arab League summit in Algeria’s capital on Wednesday, November 3, reiterated the centrality of the Palestinian cause and criticized Israel’s continued violations of international humanitarian laws and the blockade of Gaza. The resolution also vowed to protect the sites in Jerusalem from all kinds of Israeli aggression.

The League summit was attended by the heads of 16 of the total 22 member states, under the leadership of Algerian President Abdelmajid Tebboune. The leadership summit was held in person after a gap of two years. Saudi Arabia and UAE sent their representatives, whereas Morocco did not participate due to its ongoing disagreements with Algeria over the issue of Western Sahara.

Syria chose to not participate due to disagreements among the rest of the members over its suspension due to the ongoing war in the country.

During his inaugural speech on Tuesday, the Algerian president proclaimed that “our central and core cause is Palestinians, which is subject to elimination attempts through the Israeli occupation’s practices.”

The declaration also demanded lifting of Israel’s blockade of the Gaza strip, and condemned its continued violence against Palestinians and violations of their human rights. The League demanded that Israel release all Palestinians from its jails and stop extrajudicial killings and arbitrary arrests. It also called for the recognition of Palestine as an independent state and international support for Palestinian efforts to hold Israel accountable for its war crimes in the occupied territories.

The League decided to maintain its neutral stance over the war in Ukraine and also supported the OPEC+ decision to cut global oil production by 2 million barrels per day, claiming that it was necessary for “protecting the interests of [oil] producing and consuming countries.”

The summit declaration condemned all foreign interventions and supported political resolutions based on national reconciliation in the war-affected countries of the region such as Libya, Syria and Yemen.

The declaration also talked about establishing a nuclear weapons and other weapons of mass destruction-free zone in the region, and proposed a treaty on non-proliferation of nuclear weapons.

UN Secretary General Antònio Guterres also addressed the meeting and called for greater unity among the Arab countries, reiterating that “our shared goal remains two states” – where Israel and Palestine live side by side.

A dubious record on Palestine

The Arab League, formed in 1945, is one of the first regional groupings in the world. The objective behind the group was to promote regional unity, peace and cooperation among its members. It has a permanent headquarters in Cairo, Egypt, with a secretary general, a post currently held by Ahmed Aboul Gheit.

Though the issue of Palestine has always been central to the organization, several of its member states have chosen to ignore the collective position from time to time and sought compromises with Israel.

Recently, some League members, such as the United Arab Emirates (UAE), Bahrain, Morocco and Sudan, “normalized” their relations with Israel under the so-called Abraham Accords pushed by the US in 2020-21.

The normalization with Israel goes against the League’s own Arab Peace Initiative adopted in 2002, which explicitly talks about not having relations with Israel without a resolution of the Palestinian issue.

The Arab Peace Initiative supports a two-state solution with a Palestinian state within the 1967 borders and East Jerusalem as its capital.

Yara Hawari notes that the authoritarian nature of most of the regimes in the region has made it easy for rulers to ignore the widespread popular opposition to such dealings with Israel. She underlines that normalization with Israel is a way to seek closeness with the US and secure more weapons and intelligence gathering.