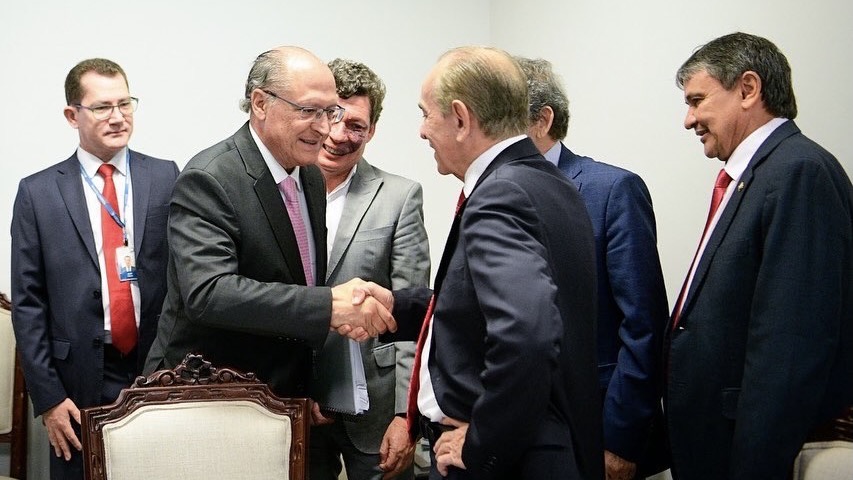 Luiz Inácio Lula da Silva of the Workers’ Party (PT) will only take office on January 1, 2023, but he has been hard at work since the results of the second round of voting were announced. Now, the work of the transition process has begun which will facilitate the changes from the current government to the incoming one.

According to Rafael Mafei, a professor at the University of São Paulo (USP) Law School, “President Lula’s duties begin to take effect mainly as soon as he is sworn into office, on January 1,” but, “for now, he has the political duty to begin the work for the transition to be successful.

This must be done “by indicating the best names from his base of support to carry out the task of taking charge of the current state of public administration, preparing the first measures of the new government right away. His main task now is political, that of setting up the government itself, with the appointment of ministers.”

How does it work?

Acting in his capacity as the officially elected president, Lula can start the government of transition by appointing a team of 50 people for the so-called Special Positions of the Government of Transition (CETG), according to Law 10.609/2002, enacted by Fernando Henrique Cardoso at the end of his second mandate.

Attorney Tânia Maria Saraiva de Oliveira, a member of the coordination of the Brazilian Association of Jurists for Democracy (ABJD), explained that this team, led by a coordinator, aims to have access to information about the current functioning of the federal public administration.

“Members of the transition team will be appointed by the elected candidate and will have access to information regarding public accounts, programs, and projects of the federal government,” the legislation describes. The salaries foreseen for the members vary from R$2,701.46 to R$17,327.65.

Decree 7.221, from 2010, which also regulates the transition, determines that the appointment of the team will be made by the president-elect, but that “the Minister of State Chief of Staff of the Presidency of the Republic will be in charge of coordinating the work related to the government transition process. Once the work is done, 10 days after the inauguration of the new president, the positions will be mandatorily extinguished.

“In this case, the holders of all organs and entities of the public administration are obliged to provide the requested information and to provide all the technical and administrative support that is necessary for the work. So this is not an option for the Bolsonaro government. The transition is a legal obligation that has its own law and decree.”

Geraldo Alckmin will be the coordinator

Alckmin will work directly with the Minister of the Civil House, Ciro Nogueira, and will be responsible for the current government’s dialogue with the transition team. The governing party has already determined the headquarters of the Centro Cultural Banco do Brasil (CCBB) in Brasília to carry out the work.

Alckmin wrote on Twitter: “I appreciate the confidence of President @LulaOficial in the mission of coordinating the government of transition. The work of our team will be guided by the principles of public interest, collaboration, transparency, planning, agility and continuity of services.”

Alckmin signed, on Tuesday November 8, the ordinances related to the period of the government of transition. One of them appoints three coordinators of the process: the PT president, Gleisi Hoffmann, who will manage the political coordination of the transition cabinet; Aloizio Mercadante, the coordinator of the cabinet’s technical group; and former congressman Floriano Pesaro, the cabinet’s executive coordinator. Lula’s wife, Janja da Silva, will coordinate the organization of the presidential inauguration, which traditionally takes place on January 1.

What happens if Bolsonaro impedes the work of transition?

Oliveira affirms that the legislation does not foresee any type of sanction or penalty for refusing to carry out the transition process. “Now, obviously, as a general rule, if the government refuses to comply with this process, which is established in law, it may be accused of administrative misconduct,” she emphasized.

USP Professor Mafei pointed out that Bolsonaro has the obligation to “cooperate with the transition team,” but such cooperation will happen directly with the members of the current government that will provide information to the transition team. For these members, there is a legal obligation, “which can be demanded by court order, under penalty of the crime of disobedience, if necessary.”

“The main punishment,” therefore, “will not fall on the president of the Republic, but on the funcionaries of the ministries, secretariats and other organs of the public administration that do not make the best efforts to cooperate with the transition.”

According to Mafei, “an eventual punishment of Bolsonaro would fundamentally depend on whether he committed, during the transition, an act defined as a crime, such as misfeasance.”