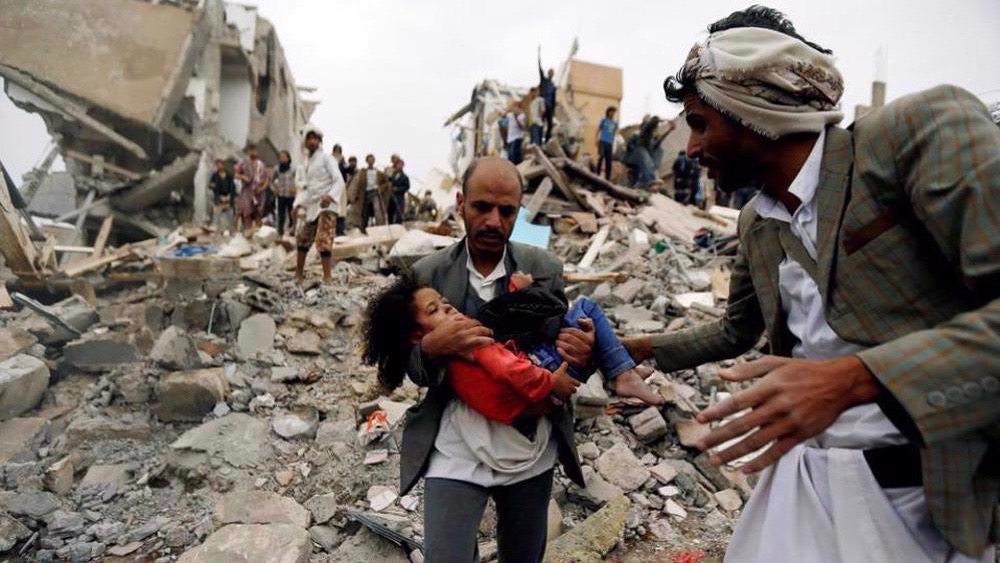 More than 11,000 Yemeni children have been killed or injured since the escalation of fighting in Yemen in 2015, the United Nations International Children’s Fund (UNICEF) reported on Sunday, December 11. 2015 is the year when the Saudi-led international coalition intervened in the conflict in Yemen.

Commenting on the number of children killed or maimed in the Yemen war, Catherine Russell, executive director of the UNICEF, noted that this was at best a conservative figure and that “the truce toll of this conflict is likely to be far higher.”

Russell was on a visit to the country where the Saudi-led international coalition, backed by the US and its European allies such as the UK and France, is waging a war against the Houthi forces who control capital Sanaa since March 2015. The war has killed hundreds of thousands of people and devastated what was already the poorest country in the Arab world.

Now more than ever we have a chance to resist the brutal war on Yemen. Take action below! #YemenCantWaithttps://t.co/4XD4em4zaR https://t.co/dMVdFKUJtA

Saudi Arabia accuses the Houthis of being an Iranian proxy, responsible for displacing Yemen’s rightful government in 2014-15. The Houthis have denied the Saudi allegations and claimed that they are fighting against the corrupt ruling classes of their country who do not serve the people but act as facilitators of international loot of Yemeni resources.

Russell called for the immediate resumption of the UN-mediated ceasefire which had ended in October this year. In April this year, for the first time in seven years of war, both the warring sides had agreed to a two-month ceasefire. The ceasefire was extended twice, and the country experienced a rare six months of relative peace. However, both parties refused to extend the ceasefire beyond October after the UN failed to devise substantial grounds for its indefinite extension.

Millions on the verge of death

Russell noted that in the period since the ceasefire ended, 62 Yemeni children have been killed and “hundreds of thousands more remain at risk of death from preventable diseases or starvation.”

According to the UNICEF, around 11 million Yemeni children are directly affected by the war and around 2.2 million of them are extremely malnourished. A quarter of these 2.2 million children are below the age of five and extremely susceptible to deadly diseases such as cholera and measles, among others.

UNICEF also noted that regular immunization in the country has been badly affected due to the war, with over 28% children missing their routine vaccinations.

The Saudi-led coalition, apart from waging its ground and air offensive in populated areas, has also imposed a crippling air, sea and land blockade of the country since 2015, preventing the supply of essentials including food, fuel, and medicine. The blockade has been identified as the main reason for the large-scale starvation in Yemen, which has pushed millions to the verge of death due to hunger and lack of medicines and healthcare equipment.

Underlining the causes of their refusal to extend the UN-mediated ceasefire, the Houthis highlighted the failure to address the central issue of the Saudi blockade which would have “alleviated the suffering of Yemeni people.” Throughout the period of the ceasefire, the Houthis had been raising the issue of insufficient easing of the blockade and had accused the Saudi-backed forces of violating the norms of the truce.

The scale of destruction caused by the war and the blockade has forced the UN to categorize Yemen as “the world’s worst humanitarian crisis.”