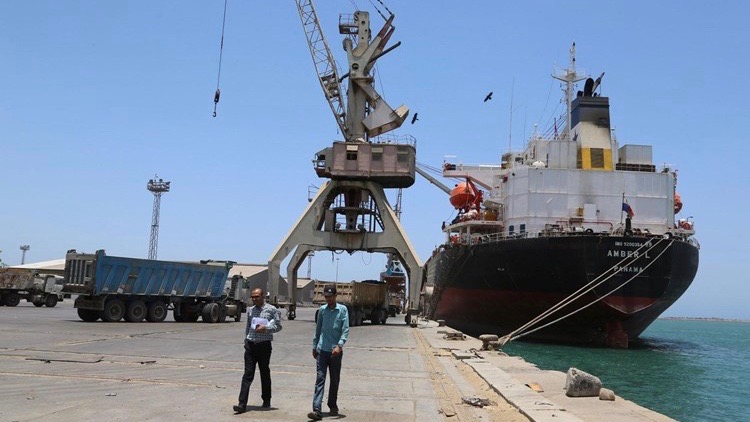 According to the Houthi-led government in Yemen, the Saudi Arabia-led international coalition has intensified its comprehensive land, sea and air blockade of the country, causing increased suffering of common people. The Houthis claimed that in the last few days, Saudi forces aided by the US have seized four ships carrying crucial supplies to Yemen’s Hodeidah port.

Essam al-Mutawakel, spokesperson of the Yemen Petroleum Company (YPC), tweeted on Tuesday, November 15, that one such ship named Red Ruby carrying thousands of tons of petroleum was detained and stopped from reaching the Hodeidah port by Saudi and US forces despite it having all necessary clearances by the UN verification and inspection mechanism (UNIVM) based in Djibouti.

Al-Mutawakel called the move by the US and Saudi Arabia “piracy,” which will “increase the suffering of the Yemeni people.”

He had earlier claimed that Saudi-US forces prevented two ships, Fos Energy and Princess Halimah, which were carrying thousands of tons of diesel, from reaching the port last week.

The Houthi-led government in Sanaa claims that during the six-month ceasefire between April and September, the Saudi coalition allowed only 33 out of 54 ships bound for Hodeidah, in complete violation of the truce agreement. It was one of the reasons the Houthis refused to extend the UN-brokered deal.

Earlier this month, Iranian Press TV quoted the Yemeni Health Ministry in Sanaa as saying that the country is facing an unprecedented shortage of medical supplies due to the continued Saudi blockade, which has also shut the Sanaa international airport again after it was partially opened for around five months during the UN-brokered ceasefire.

The Saudi-led international coalition in Yemen, backed by the US and the UK, launched a war against the Houthi-led government in Sanaa in 2015, claiming it to be a proxy of Iran and to reinstall President Abdrabbuh Mansur Hadi who had fled to Saudi Arabia following the Houthi takeover. The Saudi coalition imposed a complete sea, air and land blockade of Yemen allegedly to prevent the supply of weapons to Houthis.

Both Iran and the Houthis have denied the Saudi coalition’s claims of a proxy war. Iran has said that even after seven years of blockade, the Saudis have failed to establish the claims of weapons smuggling but have only caused human suffering. Iran asserts that its support to Yemenis is “political in nature.”

The blockade has caused tremendous suffering for millions of Yemenis who are largely dependent on imports of food, fuel and medicines. It is one of the main reasons for the large-scale humanitarian crisis in the country that has pushed millions of Yemenis toward starvation and death due to lack of medical supplies, prompting the UN to call it the world’s worst humanitarian crisis.

The Saudi coalition has refused to end its aggression and lift the blockade despite repeated appeals from the UN and other human rights groups who have expressed concern about it causing large-scale deaths.