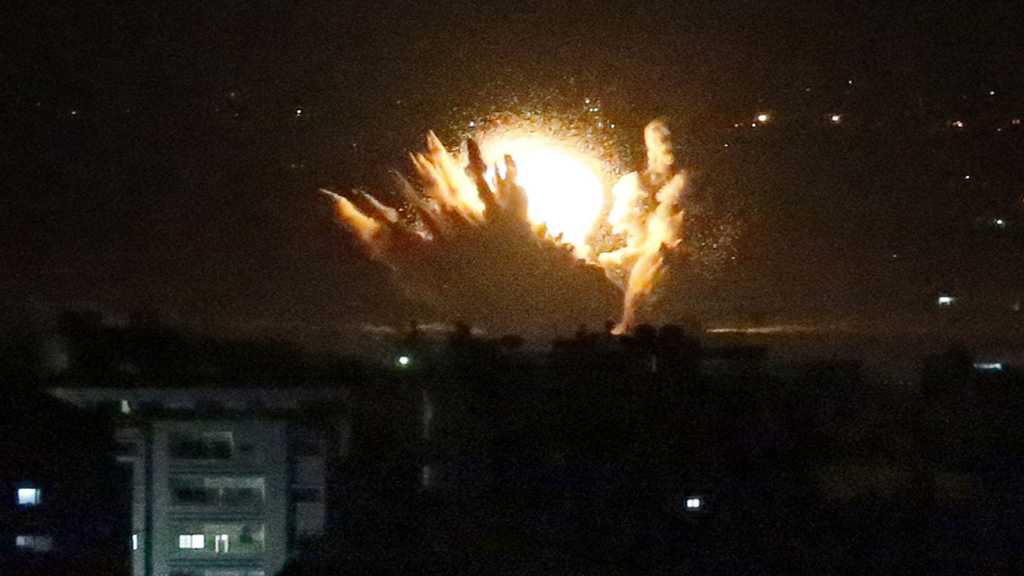 The Israeli army attacked 40 targets in Gaza through the night, alleging that they were Hamas military installations. Photo: AFP

Israel, on Friday night, conducted the biggest airstrikes on Gaza since its 2014 ‘Protective Edge’ assault. Two teenage boys were killed in the attacks. Hamas, the Palestinian militant resistance group, retaliated by firing rockets across the border.

The boys, identified as Amir al-Nimra and Luay Kahil, were playing on the roof of a building when the air raids occurred. They fell victim to shrapnel wounds from the airstrikes. The Israeli army attacked 40 targets in Gaza through the night, alleging that they were Hamas military installations. 30 Palestinians were injured as a result of the heavy Israeli bombardment, with buildings and ambulances belonging to the Gaza health ministry suffering damage, according to ministry spokesperson Ashraf al-Qidra.

The ministry also said that two Palestinians, Othman Rami Hales, 15, and Mohammed Nasser Shurrab, 20, were shot dead and 220 Palestinians injured while taking part in the Friday protests near the Gaza-Israel border.

As many as 2,251 Palestinians, mostly civilians, were killed by Israeli forces in the 2014 assault.

According to Haaretz, four Israelis were also wounded after their home in the southern Israeli city of Sderot suffered a rocket attack on Saturday. Haaretz also reported that over 190 rockets and mortar shells were fired from Gaza at Israel. 73 projectiles landed in open areas and 37 projectiles ended up being intercepted by Israel’s Iron Dome missile defense system.

In an unrelated incident on Sunday, a 31-year-old Palestinian man, Ahmad Mansour Hassan, and his 13-year-old son, Luay Ahmad Hassan, were killed under unknown circumstances in Gaza. Hamas said they were most likely killed in an accidental explosion but added that further investigations would be held.

Israel said the airstrikes were a response to “weeks of violence”, such as rocket attacks, burning tyres, fire bombs, incendiary kites and balloons since the Great March of Return began on March 30. However, those responsible for conducting the march have said that Hamas is only one of the organizations taking part.

Israeli defence minister Avigdor Lieberman, declared that the country had “no intention of tolerating rockets, kites, drones or anything. Hamas has sustained a heavy blow, I hope that Hamas will draw conclusions and if not, they will have to pay a heavy price.”

Hamas spokesperson Fawzi Barhoum said the rocket attacks were a retaliation to Israeli air strikes, adding that “the protection and the defence of our people is a national duty and a strategic choice” and “the escalation and intensification of Israel’s aggression will not dictate a new agenda.” He also reaffirmed that Israeli aggression would not stop the March of Return.

Since March 30, 139 Palestinians have been killed during the Great March of Return protests and thousands of others have been injured by indiscriminate Israeli gunfire. Palestinians in Gaza have been calling for an end to the 12-year Israeli blockade of the territory and for the right of return of Palestinian refugees to their homes from which they were forcibly expelled in 1948.

However, Hamas said late on Saturday that a ceasefire had been reached with Israel. The Palestinian Islamic Jihad group also said in a separate statement that an Egyptian brokered truce had been reached, leading to a cessation of the violence. As of now, the ceasefire seems to be holding.

The UN’s special envoy, Nickolay Mladenov, urged both sides to maintain calm, saying, “Yesterday we were on the brink of war, and it has taken the concerted efforts of everyone to make sure that we step back from confrontation. Everybody needs to take a step back.”