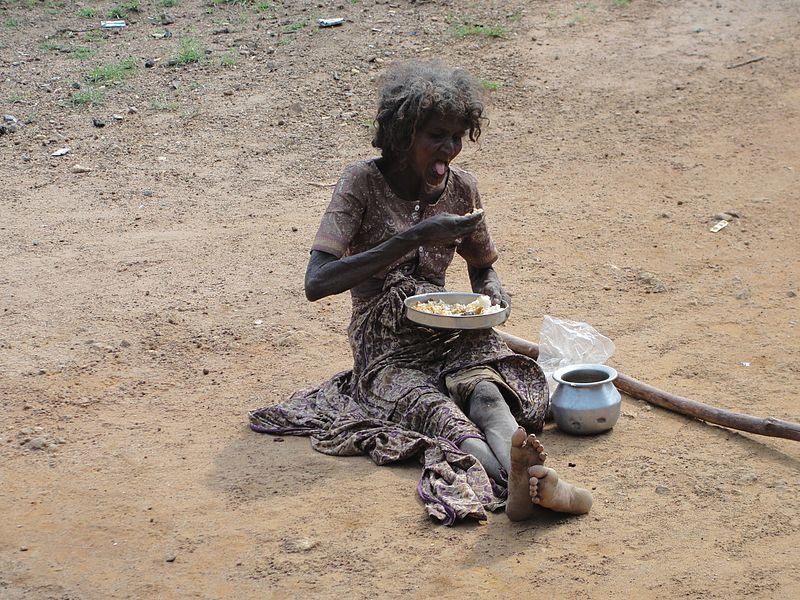 Most proposals of universal basic income envision a withdrawal of existing subsidies which provide vital amenities to the poor. Photo: Wikimedia Commons

[The far-right Bharatiya Janata Party government led by Prime Minister Narendra Modi will present the last budget of its term on February 1. Ahead of the budget, there has been much speculation of the introduction of some form of universal basic income. Noted economist Prabhat Patnaik writes about the conceptual hollowness of the notion of ‘universal basic income’ and its roots in neoliberal ideology]

With Congress [the main opposition party] president Rahul Gandhi’s announcement recently at Raipur that his party had taken a “historic decision” to introduce an income guarantee scheme for the poor, and with the general anticipation that the Narendra Modi government’s last budget will also announce an income support scheme in some form, at least for “farmers”, the idea of a “universal basic income” for the Indian population is once more in the air. This idea was mooted two years ago in the Government of India’s Economic Survey, though it was meant only for discussion and represented the views not of the government itself but rather of the chief economic advisor of that time who, in turn was giving expression to an old World Bank prescription.

We must start with a distinction. Though the term “universal basic income” is bandied about, the proposals made on the question usually refer to what should more aptly be called a “targeted income top-up scheme”, i.e, a scheme where certain segments of the population are given a certain amount of extra income support, on top of what they are already presumed to be earning, in order purportedly to bring them up to a certain minimum level of income. This was true of the Economic Survey discussion. And even Rahul Gandhi’s phraseology, namely “income guarantee”, suggests that he, too, has in mind a targeted income top-up scheme rather than one that actually ensures a basic income for all.

While even this may at first sight appear a welcome move, it is fraught with serious problems. The first question to ask is whether this scheme would be in addition to the subsidies and the welfare schemes already in existence, or whether it would replace such existing welfare expenditures.

Again, most suggestions in this regard visualize a replacement, implicitly if not explicitly, of existing schemes, in which case what appears at first sight as income guarantee would cease to be so in reality. Not only would an income support calculated on the basis of existing prices and price subsidies be obviously inadequate when such subsidies are withdrawn, but even if the calculations do incorporate the effect of the withdrawal of such price-subsidies, they would still be inadequate in the absence of guaranteed delivery of goods and services.

The amount of income support, for instance, may be calculated on the assumption that the public distribution system (PDS) would be withdrawn, and that everybody would have to pay the open market price for foodgrains; but income support calculated even on this assumption would still not be enough if foodgrains are not actually delivered to the people. The PDS, in other words, does not just provide subsidized foodgrains to some; it also ensures that foodgrains are actually delivered to many. The withdrawal of PDS would leave people without assured food delivery, and cash income support would not per se bring them adequate foodgrains.

More generally too, the proposition that cash support can substitute for provisioning in kind, that, for instance, a payment to parents to cover the expenses of a child’s mid-day meal can adequately replace the mid-day meal scheme [a countrywide scheme where children are provided nutritious meals in government schools]  itself, is wrong. The mid-day meal scheme serves multiple objectives, not just satisfying hunger but also ensuring proper nutrition, and overcoming social divisions among children. These multiple objectives cannot be fulfilled if parents are simply handed cash to pay for their children’s meals. Hence, if the cash income support scheme is to be in lieu of existing welfare schemes, and there is a great danger of this happening for financial reasons, then that would be entirely undesirable. A cash income support, if it is to be meaningful, must be in addition to the existing welfare schemes; and these schemes must also continue to grow alongside such support.

Likewise, income support for “farmers” is often mooted as a substitute for the provision of a minimum support price for crops. This really amounts not to an offer of support to “farmers”, but rather to a rolling back of support: it means that the government merely hands out a certain sum of money to “farmers” and then washes its hands of them and leaves them to the mercy of market price fluctuations.

A distinction is often drawn between “merit” and “non-merit” subsidies, and it is suggested that the income support scheme should be financed by cutting down “non-merit” subsidies. But many have estimated that the so-called “non-merit subsidies” have already been so curtailed that any further curtailment in them would hardly generate much funds, certainly not enough to finance an income support scheme. More importantly, however, even this distinction between merit and non-merit subsidies is problematic.

Consider, for instance, one oft-mentioned non-merit subsidy, namely, the fertilizer subsidy. If the curtailment of fertilizer subsidy increases the cost of production for the peasantry and if this necessitates an increase in the procurement price, and hence the issue price under PDS, then this curtailment, though deemed to have affected only a non-merit subsidy, would hurt the poor. On the other side, if the issue price is not raised and the food subsidy is increased instead, then a cut in one subsidy would have led to an increase in another. Hence, distinguishing between merit and non-merit subsidies and assuming that the latter can be curtailed with impunity is not as valid as appears at first sight.

If an income support is to be given, without cutting existing welfare schemes and subsidies that benefit the poor, then additional taxes have to be raised (unless the government is willing to enforce cuts in some of its non-welfare expenditures, like defense). And if these taxes are not simply to take away from the poor what is given to them as income support, then they would have to take the form of direct taxes (such as income, capital gains, and wealth taxes) rather than of indirect taxes which typically impinge on the poor. Any increase in these direct taxes, however, would be opposed by the big capitalists and by globalized finance capital. Hence, no government that doesn’t have the will to defy these powerful entities, can provide genuine income support to the poor.

It is noteworthy in this context that some of the most enthusiastic supporters of the “Basic Income Scheme” are to be found among the neo-liberal stalwarts of the financial press who hold the interests of the big bourgeoisie dear to their hearts, and among current and former World Bank executives. This suggests that income support is expected to be provided not in addition to the existing welfare schemes but through a replacement of such schemes. Such replacement would not only subvert the goal of poverty alleviation but would also amount to a further disengagement of the State from the task of providing essential goods and services to the population. (At the most it would mean helping the poor not at the expense of the rich but at the expense of the slightly less poor).

Income support, contrary to appearances, therefore, amounts to a further drift in the direction of neo-liberalism, of the State washing its hands of the poor after handing them a certain sum of money whose real value too would dwindle over time.

The theoretical argument for income support usually invokes the proposition that the provision of employment for all has become well-nigh impossible in the current scenario. This, no doubt, is true of neoliberal capitalism, though it is made out to be a proposition of universal validity, irrespective of the mode of production. But let us for the moment accept this proposition as true. In such a case, the State should provide an income payment to the workforce in lieu of the wage income which they would have earned if employed; in addition, however, since the right to employment is not the only economic right, but has to be supplemented by a whole set of other economic rights, the State has to provide these other rights as well. Income support, in other words, has to go together with the provision of free, quality, universal, public education; free, quality, universal, public healthcare through a National Health Service; subsidized food through a universal PDS; adequate old-age pension and disability benefits; and so on.

Putting it differently, if citizenship is to encompass a set of universal economic rights, which it must if poverty alleviation is not to become a matter of largess by the State, then income support can only be a means of realizing one of the rights that is otherwise supposedly unattainable, namely the right to employment. But this does not negate the need for guaranteeing the other rights, such as the right to free education and free healthcare etc. Income support cannot be a substitute for these other rights. It has to be combined with these other right