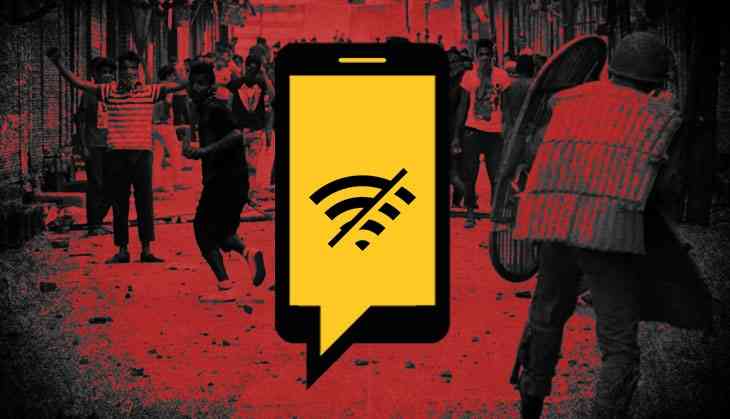 Ever since the far-right Bharatiya Janata Party (BJP) government came into power in 2014, there has been an unprecedented focus on concepts such as ‘Digital India’ and ‘Smart cities’. Prime minister Narendra Modi has gone on record, saying, “Young men should hold laptops in their hands instead of stones,” while responding to protests in Kashmir against repression unleashed by Indian forces. However, what has gone largely unnoticed is how the far-right Hindu nationalist regime has curbed internet connectivity to quell public dissent. A recent study has found that 134 network shutdowns or digital sieges took place in 2018, and more than a 100 such incidents in 2016-17.

A 54-page study by Stanford University, titled “Of Blackouts and Bandhs: The Strategy and Structure of Disconnected Protest in India”, highlighted how “network shutdowns are the most overt strategy of controlling information flows to be sanctioned by government actors on all levels. Widespread institutional support makes India the most shutdown-prone sovereign state in the world by several orders of magnitude.” According to Access Now, which runs a Shutdowns Tracker, India topped the list of 30 countries that witnessed shutdowns in the preceding 21 months of September 2017.

Between 2016 and 2017, State governments and the judiciary in various States, ordered nearly 100 blackouts and disruptions of specific communication networks. In the past five years, the total number of internet curtailments added up to 16,315 hours (680 days), generating an economic loss of approximately USD 3.04 billion.

A majority of internet clampdowns, the study says, occurred in the western and northwestern States of India, such as Gujarat, Rajasthan and Haryana, which accounted for 75% of all recorded shutdown events between 2012 and 2017. As much as 47% of the total internet siege took place in Jammu and Kashmir. The study by Jan Rydzak, the global digital policy incubator at the Stanford University, notes that the northern border States acted as ‘innovators,’ and over time, the shutdown contagion advanced towards southern India.

The study highlighted that these internet shutdowns are not concentrated in a single State and are never executed on the national level. India has remained an exception to the rule that “burgeoning and stable democracies with strong growth in internet connectivity interfere less with technology affordances,” the study says.

In India, the scale, number and diversity of both protests and network shutdowns, as well as connectivity levels vary widely. Though the flow of information remains important in improving growth, the authorities have had an upper hand in choking the information flow whenever it went against them. “Several social movements in India have generated or inspired nationwide demonstrations. However, most are circumscribed in space, and blackouts are invariably executed on a district or state level,” the study stated.

The Hindu right wing government in India has been taking a number of steps to promote ‘digitization.’ However, it has faced a backlash on these measures. One of the major moves in this direction was demonetization, which saw a large part of the country’s currency notes being declared illegal and replaced with new notes. The step, which was purportedly to fight black money and give a boost to the cashless economy, led to the deaths of at least 100 people in queues while waiting for the new currency notes, and was roundly criticized for the flaws in its conception and execution. Similarly, the universal ID project, Aadhaar, which sought to bring all Indians under its ambit, often by denying subsidies and benefits for those who stayed out, has been criticized for privacy violations and information leakage.

In this context, the study suggested that India is pushing for a digital economy, paired with an incongruous approach to information control. “19 out of 36 States and union territories have implemented shutdowns as of April 2018, with no clear common socioeconomic thread aside from political unrest connecting them,” it said.

“India qualifies as an extreme case in several respects. First, it accounts for 132 of the 277 shutdown episodes (48%) in the data assembled to support this study, which span the years 2011-17. While shutdowns escalated in 2017 (63% of the total), India’s contribution to their total count has never been smaller than 23%, with a clear increasing trend. The raw number of shutdowns also belies India’s democracy; now it is one of the few so called democracies to have exercised the power to shut down communication networks, let alone as assiduously as it has,” the study concluded.