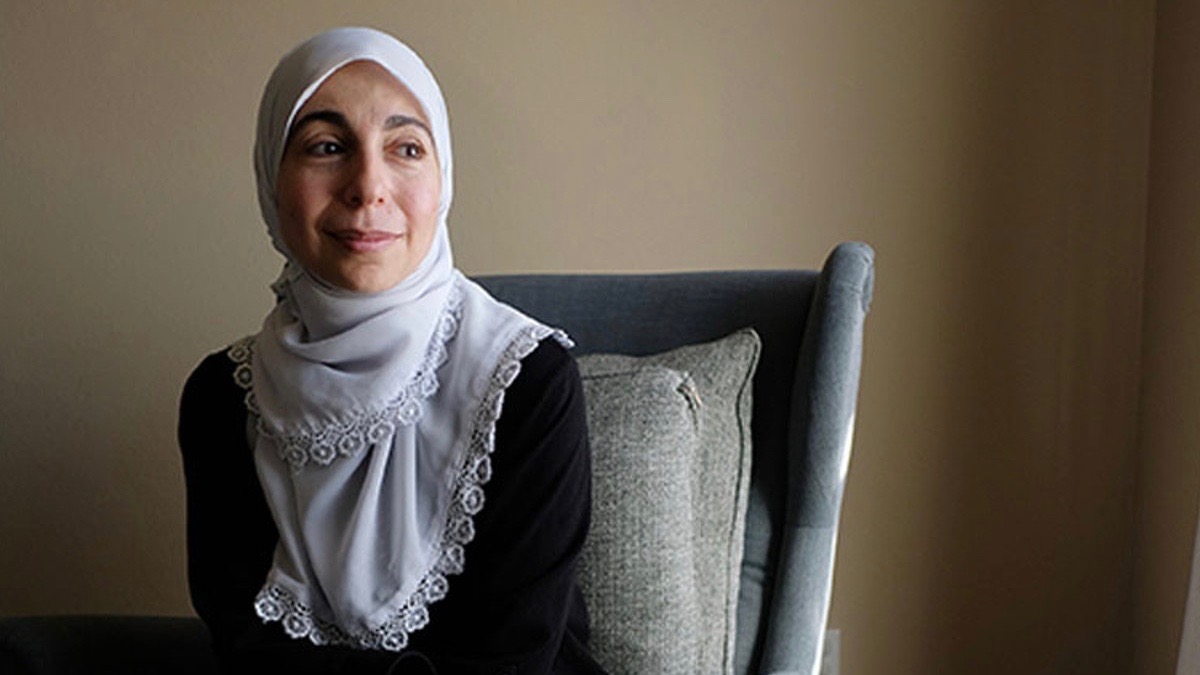 Texas speech pathologist Bahia Amawi, who lost her contract with a school district for refusing to sign a commitment to comply with the state's anti-BDS law. (Photo: The Intercept)

Last week, Kentucky became the 27th state in the United States to pass an anti-Boycott, Divestment and Sanctions (BDS) law. The legislation was signed by Kentucky governor, Matt Bevin, at the state capital in Frankfort, on August 27.

This was merely a ceremonial act as the law has been in effect since last November, when it was introduced through an executive order by the governor. Subsequently, it was enacted into law after being passed by the state legislature during its last session. Such executive orders have also been issued by governors of five more states.

26 other states have passed similar laws or adopted policies that punish businesses, organizations and individuals that participate in the BDS movement or advocate for a boycott of Israel. 17 of these states even punish those who boycott Israel settlements, which have been internationally recognized as illegal. Few other states, while not identifying the illegal settlements as a part of Israel in their legislation, have also been reported to take action against such individuals and entities. According to the Human Rights Watch, more than 250 million people, making up approximately 78% of the total US population, are now citizens of states that have anti-boycott laws or policies.

The BDS movement was started as an international campaign in 2005 to advocate for an economic, political and cultural boycott of Israel in order to pressurize it to end the occupation of Palestinian territories captured post the 1967 six- day war. Another key demand of the BDS movement is the full implementation of the right of return for millions of Palestinian refugees, along with their descendants, to their homes and lands in pre-1948 Palestine, from where they were expelled during the establishment of the state of Israel. The extension of full and equal human and civil rights to the Palestinian citizens of Israel is the third demand of the movement.

In recent years, the BDS movement has achieved significant successes internationally, making dents in Israeli propaganda regarding Palestine and its illegal occupation. Israel has also suffered major setbacks to its carefully manufactured reputation and public relations worldwide after several high profile celebrities and artists refused to visit the country and cancelled their performances. Numerous companies, businesses, multinational corporations and trade unions have also either, withdrawn their businesses or divested from Israeli companies which have ties and business affiliations in Israeli settlements on occupied Palestinian territories. The BDS movement has served as an extremely effective method to advance the cause of Palestinian freedom and self-determination.

As a result of its successes, the BDS movement has become a cause of concern for conservative, right wing and pro-Israel governments, such as those of the United States, the United Kingdom and several other European countries, in addition to the Israeli government itself. In the US, in the absence of a nationwide federal US law, individual states have decided to introduce, resolutions, laws and policies to target and attack the BDS movement in order to limit the harm it causes to Israel’s economy and public image.

States such as Arizona, Arkansas, Florida, Georgia, Illinois, Indiana, Iowa, Kansas, Louisiana, Maryland, Mississippi, Nevada, New Jersey, North Carolina, Ohio, Texas and Wisconsin, have laws that not only punish those who boycott Israel, but also penalize individuals and companies that oppose and boycott the illegal Israeli settlements. According to pro-Palestine activists and human rights organizations, laws that make boycotting even illegal settlements a crime, are directly contrary to not just international law, but also US law. International law clearly states that businesses and companies must make sure that their business activities do not contribute to human rights abuses and violations of international law or profit from them.

Other states such as Alabama, California, Connecticut, Idaho, Michigan, Minnesota, New York, Pennsylvania, Rhode Island and South Carolina do not have such laws in place that explicitly state that the boycott of settlements will be a crime commensurate with the boycott of the state of Israel. However, many of them conflate the settlements with the territory of Israel, in instances where companies have chosen to sever their business links to entities situated inside the settlements. Pro-Palestine and free speech activists, along with civil liberties organizations such as the American Civil Liberties Union (ACLU), have strongly denounced these laws as blatant violations of the First Amendment right of free speech and expression. Cases have been filed in several states against these laws by organizations like the ACLU and concerned individuals.

In Texas, a federal district court has already ruled against such a state law, deeming it unconstitutional. The law required government contractors to certify that they did not engage in boycott of Israel and would not do so over the course of their contract. In the present case, Bahia Amawi, a Palestinian-American speech therapist, was required to sign a pledge which stated that she would not “take any action” that was “intended to penalize, inflict economic harm on, or limit commercial relations with Israel.”  She was an independent contractor under an annual agreement with the school district in the city of Pflugerville and not a state employee. As someone who had personally chosen to boycott Israeli made goods, Amawi did not renew the contract and subsequently sued, securing the blocking of the enforcement of the legislation.

Similar cases in the states of Kansas and Arizona have also resulted in the courts ruling against anti-BDS laws of this nature, as unconstitutional. In contrast, an Arkansas federal court ruled in favor of the state’s anti-BDS law, a decision which has since been appealed. Another lawsuit against an anti-BDS executive order introduced by the state’s governor remains pending in Maryland.