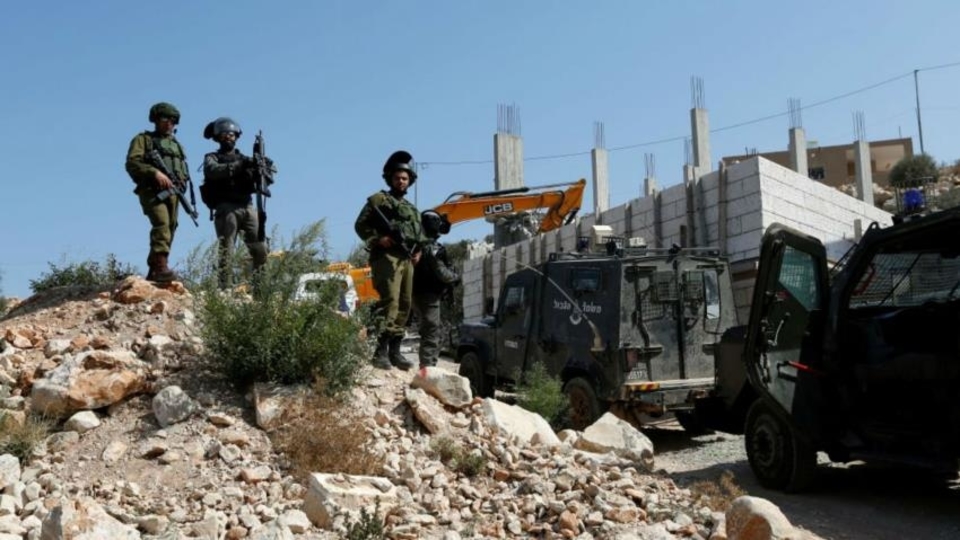 Hundreds of Palestinians in the city of Hebron, in the south of the occupied West Bank, participated in a general strike to protest the recent Israeli decision to build new illegal Jewish settlements there. The Jewish presence in the city is sought be expanded at the expense of a historical Palestinian wholesale fruits and vegetables market. Palestinians have been conducting massive protest marches and demonstrations against this provocative move by Israel.

The general strike was called by the Palestinian political organisation in charge of administration in the West Bank, Fatah. An official from the organization told reporters that the strike had been called to make clear to the world that “Palestinian people will not compromise on their land”. Palestinians in Hebron have also been protesting the desecration of the Ibrahimi mosque by Israeli settlers and have been gathering in large numbers at the Ibrahimi mosque for the daily dawn prayer.

Meanwhile, all official institutions, city offices, schools, and local shops remained closed as part of the strike. Israeli security forces have cracked down on the protesters, using live gunfire and tear gas to suppress and to disperse them. The Palestinian Red Crescent society reported in its statement that three Palestinians were shot and wounded by live gunfire, and dozens others suffered from suffocation due to tear gas inhalation.

Several Palestinian government officials as well as civil society leaders have expressed their support for the strike and the demonstrations. Palestinian prime minister, Mohammed Ishtaye, backed the protests against the Israeli settlement expansion. Mayor of Hebron, Taysir Abu Sneineh, also warned that the Israeli decision could escalate tensions on the ground, and may even lead to a regional blow up. He added that Hebron is not a card to be used for negotiations between the Israeli political parties.

A city under occupation

The city of Hebron is divided into two different spheres of administration, H1 and H2. Approximately 200,000 Palestinians live in H1, which is under full Palestinian control. H2, which includes the old city and the Ibrahimi mosque area, is under full Israeli military control. The city has been under Israeli military occupation since 1967, and the Shuhada street, on which the Palestinian fruits and vegetables market is located, has been closed by Israel since 1994 following the Ibrahimi mosque massacre in which 29 Palestinians were killed by a right-wing extremist Jewish settler, Baruch Goldstein.

On December 1, Israel’s defense minister Naftali Bennett announced the plans to build a new illegal Jewish settlement, comprising of 70 new apartments, that would effectively double the population of Jewish settlers in Hebron from the current number of 800-900.