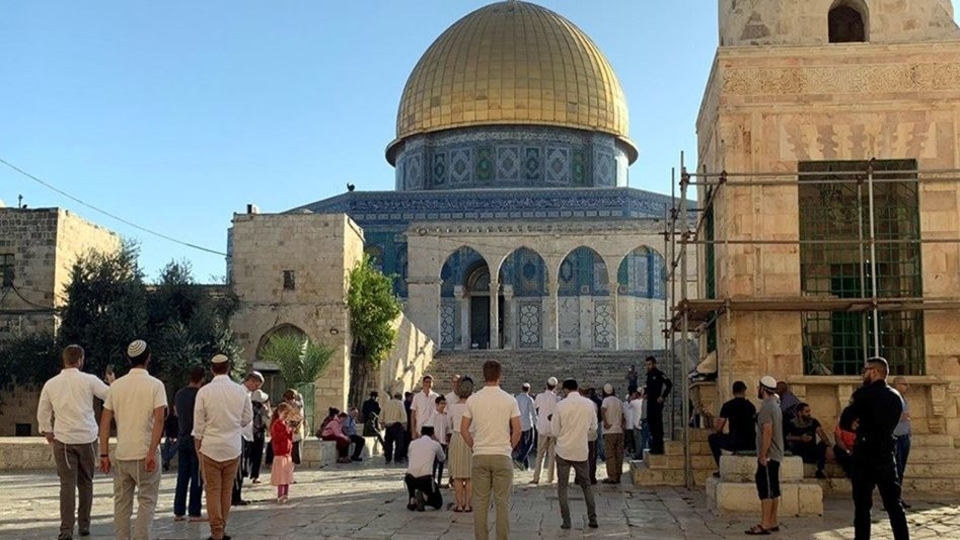 The Israeli military shot five Palestinians and arrested 14 others in a series of violent raids on Tuesday, December 10. The Israeli forces also unleashed terror and brutally assaulted Palestinians across the occupied West Bank and occupied East Jerusalem. While those shot were on their way to work, the arrests were made in dawn raids inside Palestinian homes and camps.

On the same day, extremist right-wing Jewish settlers broke into the Al-Aqsa mosque compound with the protection of the Israeli police and performed prayers and rituals. Access to the mosque was severely restricted for the Palestinian Muslim worshipers by the security forces.

On Monday night, more than 160 cars belonging to Palestinians were vandalized by Jewish settlers wearing masks and hoods. They slashed the tires of the parked cars and sprayed racist and threatening graffiti on them and nearby walls.

The shootings took place in the west of Nazlat Issa village, north of the city of Tulkarem. The injured Palestinian workers were waiting at  checkpoint 300 near the Israeli apartheid wall to cross over to their respective places of work. Suddenly, Israeli forces began firing tear gas and live bullets into the crowd. Five Palestinians were wounded by the live bullets and were taken to the Thabet government hospital, according to the Palestinian WAFA news agency. Dozens experienced suffocation due to tear gas inhalation.

At dawn, the Israeli security forces conducted multiple raids in Nablus, Bethlehem, Ramallah and surrounding towns and villages in the occupied West Bank. They arrested 14 Palestinians after breaking into and ransacking several Palestinian homes.

The Palestinian Prisoners’ Society (PPS) reported that in Deir Abu Mashaal village in Ramallah district, northwest of the city of Ramallah, Israeli forces stormed the houses of three Palestinians and arrested them. In Ni’lin village, west of Ramallah, a former prisoner’s house was ransacked. In the As-Saf neighborhood of Bethlehem, two former prisoners were arrested, and in the Zaatara town, east of Bethlehem, one former prisoner was arrested. Raids also took place in Jerusalem district. In the neighborhood of Issawiya, a 15-year-old Palestinian was detained, and from the Al-Aqsa mosque compound, a Palestinian employee of the Islamic religious (Waqf) department was arrested.

Meanwhile, on Tuesday morning, the Israeli army also accompanied a group of illegal Jewish settlers, aiding them in storming the Al-Aqsa mosque compound. They also arrested a Palestinian guard. The group of settlers entered the mosque compound through the Al-Maghrebi gate and were led by the extremist right-wing Israeli parliament (Knesset) member, Yehuda Glick. They recited Jewish prayers and performed Talmudic rituals, and toured the courtyards of the Al-Aqsa mosque, receiving provocative presentations on the ‘Temple Mount’ (the term used by Jews to refer to the mosque area).  According to Israeli law, Jews are prohibited from praying on the mosque compound.

According to local sources, 36 settlers broke into the mosque compound in groups of four, after the Israeli police opened the gates of the compound to them and arrested the Palestinian guard. The settlers and their leader, Yehuda Glick, were also seen taking photographs after they finished performing the prayers and rituals. They later exited the compound from the Al-Selselah gate.

Incidents of extremist Jewish settlers storming the Al-Aqsa mosque compound have increased ever since prime minister Benjamin Netanyahu lifted the ban on members of the Israeli Knesset visiting the mosque compound.

With Abraham Accords, US and Israel seek to consolidate hegemony in the region