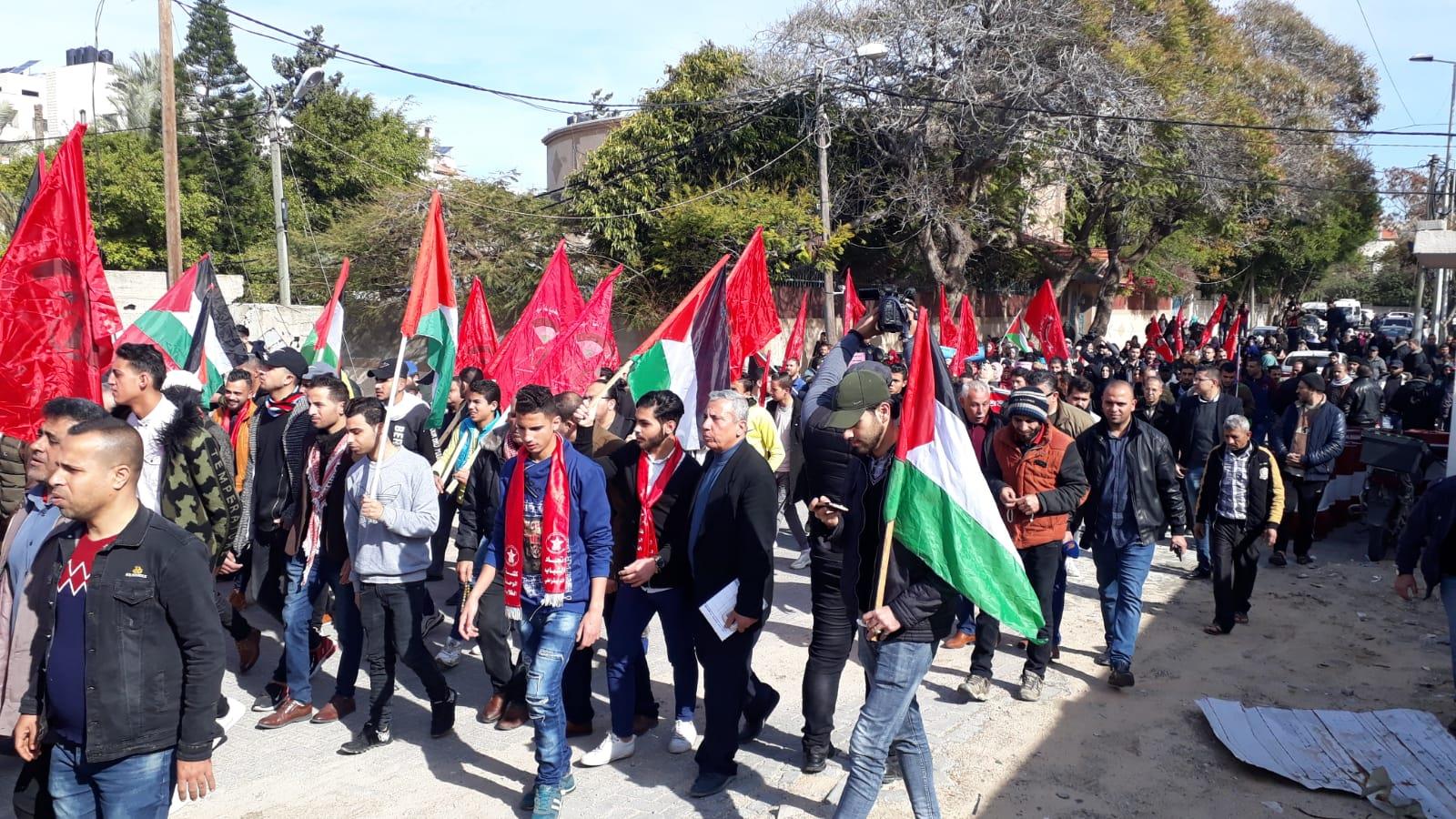 Protests were held in Gaza city yesterday, January 27, against the proposed “peace plan” of US president Donald Trump. The so-called “deal of the century” has been prepared under the supervision of Trump’s son-in-law Jared Kushner over the last year. Critics claim that the deal, which has been overwhelmingly rejected by Palestinians, is heavily biased in favor of Israel.

Protesters against the deal gathered in front of the offices of the United Nations Special Coordinator for the Middle East Peace Process (UNSCO) and burned Trump’s effigy. They also demanded that the UN intervene in order to stop the deal.  “We call on the United Nations to intervene immediately,” said Democratic Front leader, Talal Abu Zarifa.

Trump released the “peace deal” in a press conference alongside Israeli Prime Minister Benjamin Netanyahu on Tuesday, January 28. He also met with Netanyahu and his rival Benny Gantz at the White House yesterday. No Palestinian representatives were invited to the meeting.

Palestinian prime minister Mohammed Shtayyeh has expressed grave apprehensions that Trump’s unilateral deal would be the end of the “Palestinian cause”, while Israel would receive all it wants. Shtayyeh stated, “we reject it and we demand the international community not to be a partner to it because it contradicts the basics of international law and inalienable Palestinian rights.”

The unveiling of Trump’s plan has been due for months. However, the decision to release the deal now is widely believed to be a tactic to divert attention from the ongoing impeachment trial against Trump in the US Senate. The deal may also help Netanyahu who is seeking immunity from prosecution in the corruption cases he has been indicted in.

Meanwhile, Palestinians have been boycotting the Trump administration since its recognition of Jerusalem as the capital of Israel in December 2017. Trump has since also supported illegal Israeli settlements in the occupied West Bank and Eastern Jerusalem, and has stopped the funding for the United Nations Relief and Work Agency for Palestinian Refugees.

In June of last year, Kushner had organized a “peace to prosperity” conference in Manama to unveil the economic aspects of the deal. This conference was also boycotted by the Palestinians and some other Arab states.