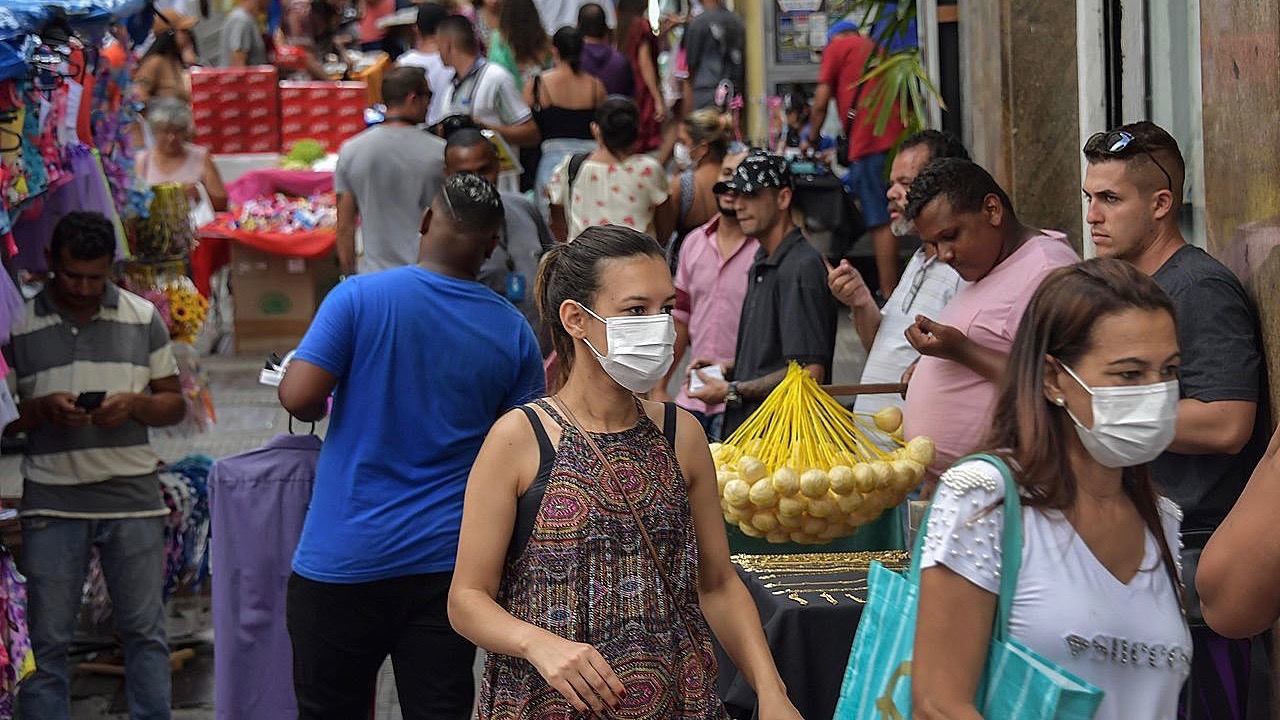 "It’s sad to see and worrisome”, states ride share driver as he reflects on the consequences the coronavirus shutdown is having - Nelson Almeira/AFP

The coronavirus is affecting more and more people in Brazil and there are already 234 confirmed cases of infection in 14 different states and the Federal District. The trend indicates that these numbers will grow, as in other countries. Different than Jair Bolsonaro’s posture of ignoring the coronavirus pandemic, one of the main recommendations made by the Wolrd Health Organization (WHO) is domestic quarantine.

There’s a good reason why municipal and state governments have been closing public works, companies are directing workers to work from home and schools have suspended classes, all in order to stem a proliferation of the infection. However, for 41,4% of laborers in the country, according to data from the Brazilian Institute of Geography and Statistics (IBGE) from January of this year, coronavirus prevention is not compatible with the way they earn their living. Since there are no formal employment ties, if they don’t work, they don’t earn.

This is the reality faced by lawyer Claúdio Lúcio Dundes, who for six months has been working as a ride share app driver, to supplement the losses his profession has brought about lately. “It’s a duality, because we can’t stop working and be afraid of being infected, because we’re totally exposed”, he complains, already noticing a drop in business. If before he would drive three times a week, now he has to do so everyday to earn the same amount.

“Since we’re out on the streets, we notice some sad situations. Today I saw those street coffee, milk and cake vendors and nobody would stop a their stall. Like right now, I’m sitting here and there are another five app drivers sitting around too. It’s sad to see and worrisome”, states Dundes, who will also be encountering difficulties practicing law, since most courts have suspended all hearings.

The economic shutdown that the lawyer is feeling on a personal level, is indicative of what Clemente Ganz Lúcio, director of the Inter-union Department of Statistics and Socioeconomic Studies (Dieese), sees as something that will necessarily lead to “socioeconomic tragedy”, since informal workers have no safety nets against the impacts of a health crisis.

“People won’t have money to buy food, you can have more serious social conflicts. We’re talking about 80 to 100 million people that will be indirectly affected, because these people won’t be able to feed their families”, explains Ganz Lúcio.

While Bolsonaro seeks to belittle the crisis, the economist warns us of the urgent need for short term policies by the executive branch, that will enable unregistered workers to go through this momentous time in economic history, a result of the coronavirus containment efforts.

“It is necessary to realize that half of society will need some sort of instrument to preserve their income, which they will cease to have because they are forced to by their government’s own actions. People are being forced by the State to isolate themselves at home, so the State has to give them something in terms of income, so they can eat, this at a short term level”, he warns.

Providing people with the adequate conditions in terms of healthcare, clear instructions in mass media related to the quarantine, and above all, adopting the adequate policies to preserve workers’ income during the pandemic containment period, are the main points that need to be addressed by the government in the view of the Dieese director.

“We need to come up with these emergency mechanisms, which in theory don’t exist, to allow people to for example have extensions on their debts, electric bills, property taxes, things that government can actually do. Beyond that, credit lines for affected people and some sort of guarantee by the state, like a subsidy depending on what the real impacts on the economy are. This must all be worked on immediately so that in the upcoming two to four weeks, it can all be delivered according to the short term necessities of the country”, he highlights.

There is no way of predicting how long the economic shutdown will continue in the country and the world over, that is why we need to think about how the medium and long term economic recovery will look like, points out Ganz Lúcio.

“Economic activity is cyclical, it takes a while to pick back up, nobody knows what this is, because we are facing an unprecedented problem, the global economy is stopping, no one knows how to manage a paralyzed economy or resume production after it has been halted globally”, affirms Lúcio.

Infectologist Marcela Vieira reinforces the need for informal workers to have State safety nets, as a way of containing the epidemic. “In cases like this State safety nets are really important, like they have been in Portugal and Spain, with subsidies so that people can get by, even if not working. The periods of quarantine are the best form of reducing transmission and of people being exposed”.

In the expert’s opinion, strengthening the National Health System (SUS) and research at public universities, also, providing safety nets during times of crisis and pandemic are the best ways of combating the adversities to come.

Vieira reinforces to those who will inevitably have to be exposed, to reduce interaction with those over sixty who can become more seriously ill. In addition to that, she recommends the use of hand sanitizers, frequent washing of hands with soap and water, and avoiding large crowds.