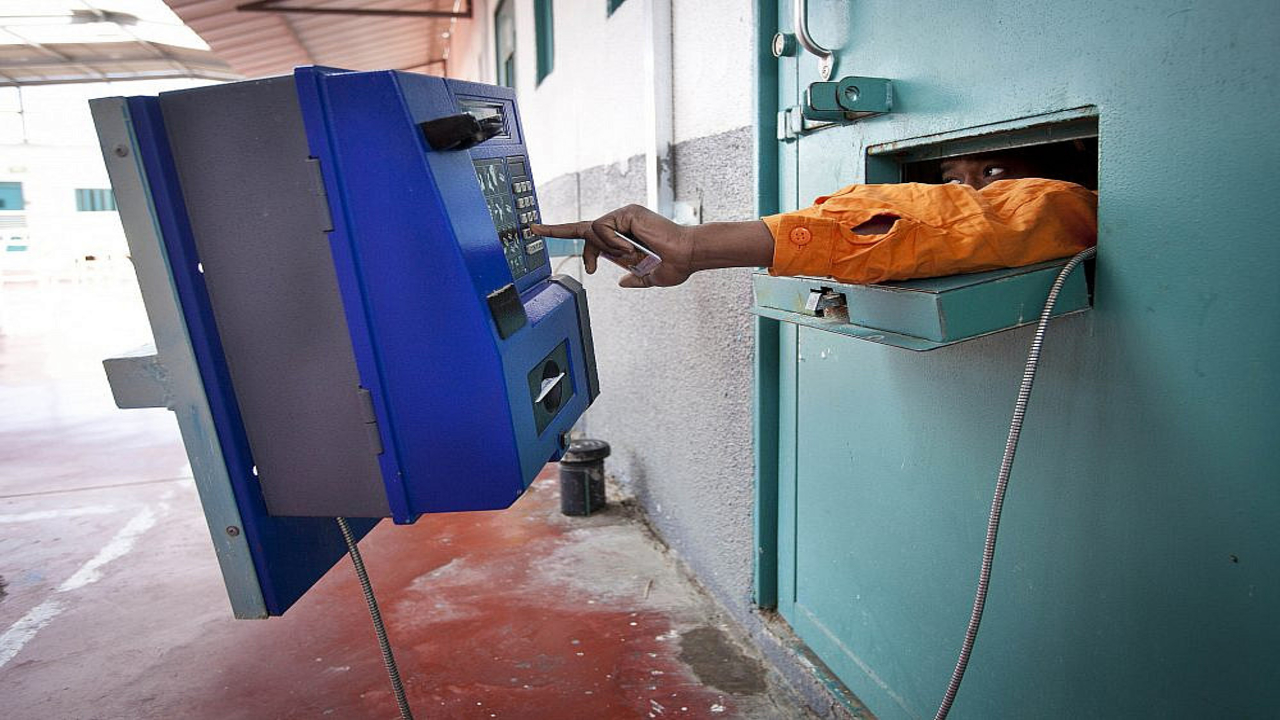 In the wake of the global COVID-19 outbreak, the World Health Organization (WHO) has issued a fresh set of guidelines to prevent the pandemic from spreading in prisons worldwide. These include measures to implement social distancing inside prison premises and provisions for better sanitary and screening facilities. With most prisons across the globe being overcrowded and lacking basic minimum facilities, and the number of health workers inadequate to tackle an outbreak, demands to release the maximum number of prisoners possible are growing.

Several social movements and organizations from across the world have been trying to press governments to either increase the health security infrastructure inside prisons or release inmates who are vulnerable to the disease. This could prevent the large-scale loss of lives due to the spread of Coronavirus inside jails.

According to WHO, there are an estimated 11 million inmates inside prisons worldwide. There are another 20 million people directly or indirectly connected with prisons, either as employees or as relatives, friends and lawyers of inmates. Prisons in most countries – in at least 121 countries as per one estimate – are overcrowded. Italy, which is one of the epicenters of the COVID-19 pandemic, has one of the most overcrowded prison systems in the world, with occupancy rates as high as 150% of the total capacity in some facilities.

It is estimated that around 20-25% of the prison population in developed countries is over the age of 50. A significant number are also malnourished or with serious health issues, making them highly vulnerable to the Coronavirus infection.

Many developed states also lack proper health and sanitation infrastructure inside prisons. Even in the US, with the world’s largest prison population of around 2.2 million, basic facilities are missing in several prisons in the country. There is also a shortage of doctors, health and sanitation workers and medical and safety equipment, including ventilators, hospital beds and quarantine facilities in prisons.

Given these grave concerns, governments and prison authorities have been advised to take preventive steps, including the release of the prisoners, to be able to maintain social distancing and other protective measures inside prisons.

In a region that is experiencing a severe outbreak of COVID-19, especially in countries like Brazil, overcrowded prisons have become a major concern. Colombia has already registered around 400 cases, with three recorded deaths. In light of this, the National Prison Movement in the country demanded on March 18 that the government issue a national health emergency in prisons and look for alternative places/modes of sentencing for women who are pregnant or lactating. A “National Cacerolazo” was organized on March 21 and carried out in at least 14 penitentiary and prison centers nationally. However, it was met with brutal repression by the state authorities. Security guards fired on inmates in some places in order to stop the protesting prisoners. Videos have emerged on social media of security forces resorting to shooting at the La Modelo medium security penitentiary complex in Bogota and other places. As per reports, at least 23 inmates were killed.

Following this, 62 social organizations in Colombia issued a joint statement on March 22, demanding that the government and prison authorities “take actions to guarantee protection of the integrity and health of the population deprived of liberty in the penitentiary and prison systems”. The statement strongly condemned the prison authority’s behavior towards the prisoners during the National Cacerolazo. It also emphasized that most of the prisons in the country are overpopulated and lack adequate preparation against the spread of infection, putting thousands of lives at risk.

As per figures, there are only two doctors for every 5,000 inmates in Colombian prisons. Authorities have reportedly adopted an inhuman approach in handling the prisoners, including disallowing soaps and other liquid sanitizers from outside the prison, adding to the fear of the inmates.

The statement also supported the demand for the declaration of emergency in prisons in Colombia. It also called for a proper inquiry and punishment for officials guilty of using indiscriminate force during the National Cacerolazo.

There are more than 55,000 reported cases of the COVID-19 infection in the US. More than 800 are dead. Several cases of jail inmates being infected have also come up in different prisons in the country, including immigrants who have been detained in various places.

At least 29 inmates and 17 officers in New York’s Rikers Island complex were found positive for COVID-19 as of March 22, Sunday, reported AP.

The demand to reduce the number of inmates across US prisons is growing louder with more cases emerging. Measures to prevent the outbreak, including the screening of workers and inmates, have been urgently called for. Under pressure, the New York mayor issued orders for the release of some inmates. Thousands of prisoners have also been released in other States. Most of them are serving minor terms or have short periods of their term remaining. With almost 25% of the inmates in US prisons above the age of 50, the release of aged prisoners must also be taken up on a priority basis.

The US has more than 2.2 million people in jails – the highest in the world. Since the capacity to test for COVID-19 nationally is not adequate, it is extremely difficult to identify infections among inmates on time.

In this context, there has been strong criticism of a proposed legislation in the State of New York which attempts to undo progressive bail reforms and gives judges more power to keep people behind bars.

Meanwhile, the New York City Correction Officers Union expressed its dissatisfaction with the efforts taken to reduce the risk of infection inside jails. The union has demanded a Coronavirus testing site at the Rikers Islands facility.

A statement released by the New York City Public Defenders said, “we are in the midst of an unprecedented crisis. ICE has done nothing to rise to the occasion but instead continues to put the lives of hundreds of people at risk.”

The American Civil Liberties Union (ACLU) also issued a statement calling on ICE authorities to release immigrant detainees. It also filed a lawsuit against ICE for the release of some detainees held at the Tacoma Northwest Detention Center in Washington who are at serious risk of contracting the infection. The prison is located in one of the hot-spots of the COVID-19 outbreak in the US. However, the case was dismissed by a judge.

The UK may be a new hot-spot of the COVID-19 pandemic with the number of cases in the country jumping to over 8,000, leading to close to 450 deaths. Amid preparations for a major shutdown, the situation in jails has become a major issue.

There are more than 85,000 prisoners in England and Wales alone, and around 10,000 inmates in Northern Ireland and Scotland. Around 16% of these prisoners are above the age of 50. The number of inmates with diseases which can be fatal in case of Coronavirus infection is also significantly large.

Estimates from a study by the London School of Hygiene and Tropical Medicine suggest that UK prisons could see up to 800 deaths or nearly 1% of British prisoners.

In addition to numerous criminal justice experts and activists, former UK justice secretary and Conservative Party politician David Gauke has also asked for the early release of high-risk inmates, including the elderly, terminally ill or those with debilitating illness.

The government has taken some steps to release ailing and older prisoners.

Among all the countries in Europe, Italy, Germany, Spain and France are the most affected. Prison authorities in Italy’s overcrowded prisons failed to take effective measures on time leading to death of at least 13 people. In Spain, with a prison occupancy rate of more than 128%, the over 60,000 prisoners are at risk. Poland which has 692 confirmed cases has announced a program to allow some prisoners to serve their terms at home. It plans to increase the sentence period which may be served from home from one year to 18 months. This will help authorities to release up to 12,000 prisoners of the approximately 75,000 total inmates in 172 polish prisons.

Iran has the largest number of COVID-19 infections and deaths in the West Asia region. The government has released around 85,000 prisoners from various jails in the country, mostly  political prisoners.

Meanwhile, Israel, which has more than 1,600 confirmed cases and is holding more than 5,000 Palestinians inside its different detention and prison facilities, announced restrictions for lawyers – barring them from visiting the inmates. While touted as a necessary move to prevent an outbreak, the measures provide further immunity to Israeli jail authorities who have a history of torture and inhuman treatment towards prisoners, including against children and so-called administrative detainees. +972 magazine quoted Sahar Francis, the director of Addameer, an organization supporting Palestinian prisoners, as saying that due to the restrictions imposed under the guise of COVID-19 prevention, “we cannot hear the complaints about the state of health, mistreatment, or torture.” They also deny prisoners their basic right to legal counsel.

Various organizations, including the Public Committee Against Torture in Israel (PCATI), have demanded the immediate release of minors and all those who are held illegally under administrative detention. Israel has, however, not responded to these demands.

Though the number of cases in India is relative less considering its population, there is concern about the fate of the inmates in Indian prisons which are notorious for their poor infrastructure, over-occupancy, unhygienic conditions and the complete defiance of any norms. There are around 466,000 prisoners in India’s 1,339 prisons, with an average occupancy rate of 110. However, in some of India’s prisons, the occupancy rate is as high as 200. For example, the most well-known, Tihar Jail, in the national capital Delhi has about 12,000 inmates against its capacity of 5,200. Tihar  jail authorities have now decided to release 3,000 prisoners on parole, half of them undertrials.

India’s Supreme Court has taken suo motu cognizance of the possibility of a COVID-19 outbreak in overcrowded prisons in the country and has asked different State governments to constitute a panel to decide on norms to release prisoners facing up to seven years jail term on parole.

The government of Delhi announced a policy for the de-congestion of jails on March 23, Monday. This was following a federal court order to release certain prisoners on parole. The court is also hearing a petition demanding the distribution of masks and hand sanitizers to inmates in all jails in Delhi.