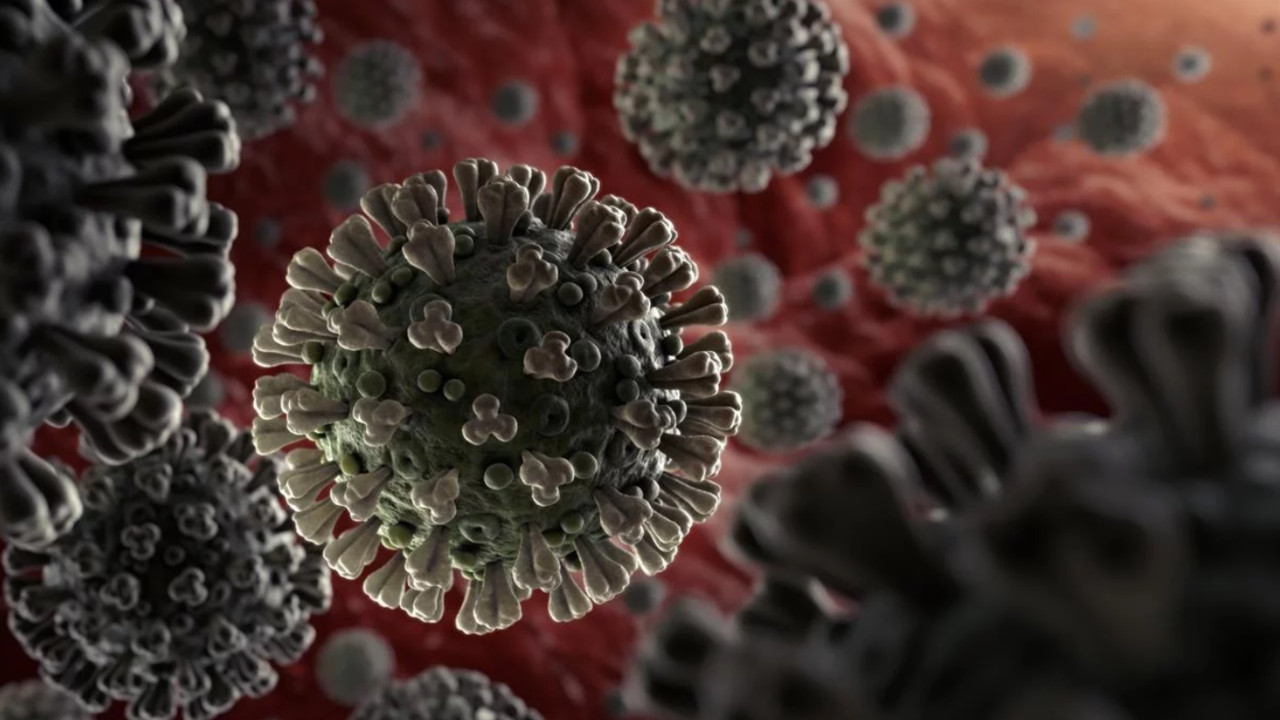 If we are to grasp the policy options we have, we need to understand the Covid-19 pandemic, and the speed at which it is developing. Only then can we draw up policies to fight the epidemic.

Let us consider the sheer speed with which Covid-19 is now spreading. It took 67 days to reach 100,000 infected cases; it doubled, reaching 200,000 over the next 11 days. It has doubled again, reaching more than 400,000 cases in just 7 days! Earlier, Europe, particularly the core European Union countries, comprised the epicenter. They are now joined by the US, with New York State already beginning to look like the Lombardy region of Italy. As the pandemic progresses, new countries will appear as other epicenters of the epidemic.

This brings us to the key nature of epidemics: they spread exponentially. For most people, the word “exponential” is confusing, if not scary. What does it really mean? Simply put, if a number—in this case the number of infections—doubles every few days, it is undergoing an exponential growth. A simple parameter which gives us a handle to understand this growth is the number of days in which the infected cases are doubling. As we have seen from the numbers, we have now entered a growth phase where infected cases are doubling every 6-7 days. If this rate continues, we are likely reach the first million in another week; already, we are over half a million cases.

As people do not understand exponential growth very well they tend to project the current increase in numbers, and not the rate at which it increases. So if we look at the figures, and see that a 100,000 new cases was added, say in a week, we tend to assume that every week, we will add another 100,000. With such linear extrapolation, we may think that we will reach 1.3 million in 13 weeks. Instead, if are at the 100,000 mark today—we are currently at half a million—and we double the number every week, we reach a million within 3-1/2 weeks. This means that we reach 2 million the week after, 4 million the week after that; and a billion within the next 10 weeks of reaching the first million! By this calculation, we are 11 weeks away from reaching the figure of one billion infected cases.

Of course, the infection rate will come down over time, as the people infected will not be reinfected. Many experts believe that those who have recovered may have immunity for some time. A polit study done on macaque show that the primates did not get infected a second time, though is only a small pilot study, that too on macaques.

What would be the death rate in a scenario with one billion infected population? WHO had initially calculated a death rate of 3.4% for Wuhan. A later Chinese study published in Nature Medicine suggested that the death rate (or the case fatality ratio) was closer to 1.4%, as a significant portion of the people in Wuhan were infected but not identified as such. They did not show symptoms, or showed only mild symptoms. Even at the lower death rate of 1.4% deaths, we are looking at 14 million dead in just 13 weeks.

That is why modelling, even simple models, gives us a much better insight into what we are dealing with, particularly when it comes to epidemics. The models help us understand the exponential nature of the increase, and a sense of the numbers that we might otherwise not grasp intuitively. There is a caveat we must provide here. When we model epidemics, we must be careful to understand that these models are not predicting the future, but indicate our policy options. They give us the broad range of figures associated with each option that we may choose. They are the mathematical counterparts of thought experiments, rather than rigorous predictions.

The most well-known model in epidemiology is what is the known as the SEIR model. S stands for the number of susceptible people, E for those exposed, I for those infected, and R for those recovered (or dead). The model has different compartments for these four categories—S, E, I, R—and a person moves from one box to another as the epidemic progresses. It assumes that those who have recovered are now immune to the disease and cannot be reinfected. Almost all groups in epidemiological modelling use a variant of this model.

My colleague Bappa Sinha has used a model developed in the University of Basel by a research group led by professor Richard Neher to look at possible scenarios following the lockdown. It is quite a sophisticated model and allows us to play with various alternate scenarios. It gives us the time frame and likely numbers of the infected. Within these numbers, it also indicates those seriously and critically infected, and the ability of the hospital system to cope with these numbers. We can then model various strategies in terms of how strong our measures need to be, when different strategies can be used at different points of time, strategies for each state. The model also takes into account that transmission rates are lower in the tropics than in the colder countries.

As of now, we do not have the ability to do extensive testing or rigorous contact tracing.  The only way we can postpone the epidemic overwhelming our hospitals and our civic infrastructure is a lockdown. This will temporarily snap most of the transmission links of the infections.  It will certainly bring down the number of infections and deaths for the next 3-4 months. But the model also shows that if we do not proceed to the next stage—extensive testing and rigorous contact tracing or what China called a centralized quarantine regime—we are only postponing the intensity of the epidemic. In other words, just 21-day lockdown will not eliminate the epidemic, just spread it out over a longer period and create a peak later. The number of deaths will also not reduce significantly. Even periodic lockdowns will not have the same impact as this one may have.

However, science and modelling alone cannot decide policy. Policy cannot be based on which model is better, or which scientist has the ear of the political leadership. Policy must be informed by the best advice that science and epidemiological models can provide; but finally, the decision is still taken by the leadership that people have selected.

But when the political leadership is unwilling to listen —as is usual with populist, authoritarian leaders such as Trump and Modi—they effectively sideline the scientific people in the government administration. The Centers for Disease Control and Prevention in the US is not visible in the Trump administration, its role having been appropriated by the White House team led by vice-president Pence. Similarly, we have yet to know who are advising the Indian prime minister on epidemiology, or the basis of the PM Modi’s lockdown policy.

Marc Lipsitch, professor of epidemiology in the School of Public Health, Harvard, spoke about what we need to do once lockdowns are lifted and we have an inevitable second wave. The answer, as is obvious from China and Korea’s example, is extensive testing, rigorous contact tracing and a surveillance system that looks out for signs of new cases. If this system is not put in place, a lockdown will only postpone the spread, not eliminate it.

In India, we already have an influenza surveillance system that reports Influenza-like illness (ILI) and Severe Acute Respiratory Illness (SARI). This system shows the extent of atypical pneumonia, which could be possible COVID-19 cases and can provide a base to start testing in the community. If a number of such cases originate within a community, what we are seeing is a community spread.

If we couple the data from this surveillance program, and with extensive random testing—there are simple statistical testing methods that can be used—we will get a fair estimate of the extent of the epidemic in India as well as its location. But the Modi government has created a problem. Instead of letting the data be collected rigorously and analyzed scientifically, the Modi government gutted its statistical wing to massage the economic data and make it look better. Can the same statistical system now deliver its mandate of estimating real figures, not fictitious ones?

The second plank of such a policy should be to ramp up hospital capacity: beds, masks and other protective gear, supply of medicines, oxygen support equipment and ventilators. Protective gear, or personal protection equipment (PPE) is important not only for doctors and nurses, but for all hospital staff, such as those responsible for keeping the hospital sanitised and disinfected; the ones India’s caste society tends not see. We also need to create temporary hospitals and quarantine facilities, taking over dorms, hotels, stadiums, and conference centers.

India has huge textile and engineering industries. Can they be geared up to provide protective gear— masks, googles, gloves, body suits? We also need ventilators. How quickly can we ramp up production? We also need to ask China for equipment, since it is the only country not in dire need of additional ventilators. Now that China has reopened its factories, we also need to work with China to import the APIs (active pharmaceutical equivalent or what used to be called bulk drugs) that our pharmaceutical industry badly needs. This will also help India resume supplies to the rest of the world. This is particularly true for the developing world, which is dependent on India for their life saving medicines.

To return to the present status of the Indian lockdown: PM Modi’s speech appears to have been drafted by  middle class bureaucrats and speech writers, addressing only the middle class. Very little was said about how the entire supply chain for food and other supplies would work under the lockdown. No mention was made of food and civil supplies as an essential service. This is now being rectified. Again, the speech did not address the support for the survival of the poorest Indians, who constitute nearly one-fourth of the population.

The lockdown needs to be backed up by a coherent and people-friendly policy framework. Simply using the administrative machinery and its police powers will not help address an epidemic. The British rule in India lost its legitimacy after the 1918 Spanish flu pandemic in which an estimated 18 million Indians died. Any government that does not take its people along in its fight against the virus is doomed to failure. This is the lesson that the Modi government, with its divisive agenda refuses to learn.