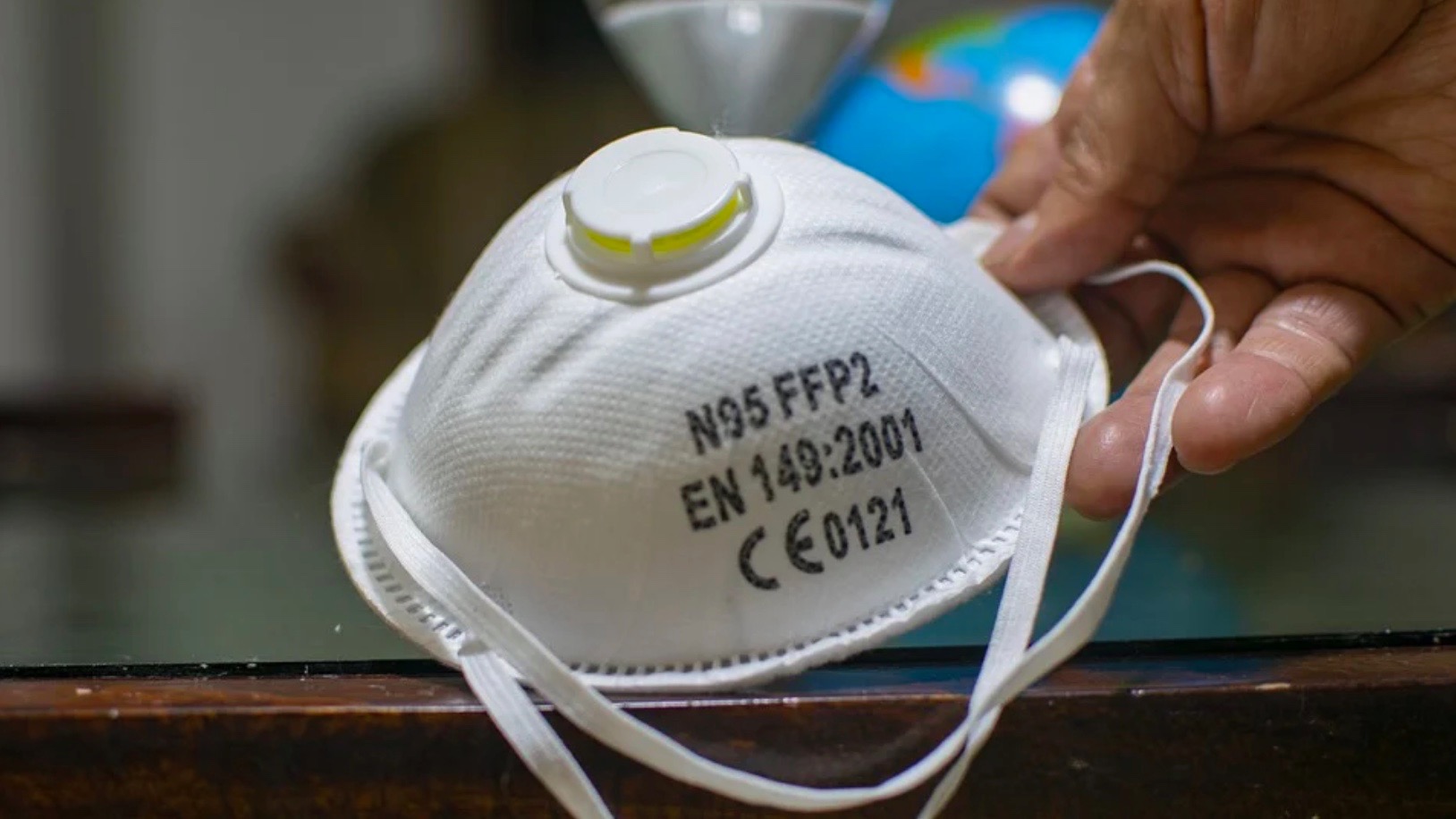 During an interview with Jonas Salk, the creator of the polio vaccine, CBS newsman Edward R. Morrow asked who owned the patent for the vaccine. “Well, the people, I would say,” said Salk, adding, “There is no patent. Could you patent the sun?” This is what drives science and scientists like Salk, that science must be for public good and not the private profit of companies.

While public domain science – universities or public research institutions – create the key components of knowledge for most medicines or vaccines, it is appropriated by private companies, and governed by the World Trade Organization’s patents’ regime. The global stock market may have completely tanked in the last few months, but Gilead Sciences, the holder of the patent on the drug Remdesivir, currently in clinical trials against COVID-19, has seen its share price rise by a whopping 25% in the same period.

Pandemics might be devastating countries, the people and their livelihoods, but are good for some companies and their stockholders. Riding the pale horse of Apocalypse are companies that hold patents for N95 masks, lifesaving medicines or vaccines.

I am not going to get into the debate of many people are likely to get sick, and how sick they are going to be. The simple answer, with the global numbers already nearing 200,000, is that the COVID-19 fatalities are likely to be in millions. As Harry Kennard from Financial Times shows us with UK data, the death rates are far higher for this current period than any flu epidemic we have seen in the past except the 1918 flu pandemic. The world has forgotten what a pandemic looks like, as the plague and the 1918 kind of virulent flu epidemics have not been repeated for almost a century. Now that we confront the SARS-CoV-2 virus, we realise humanity is only one genetic mutation away from a new pandemic. Medicines and vaccines against viruses and bacteria are not just for the poorer countries, but also crucial for countries who thought they had left this history behind them.

There are three broad areas that are critical in our battle against the COVID-19 pandemic. They are personal protective equipment (PPE), critically the N95 masks, the drugs that are currently being tested against the SARS-CoV-2 virus, and the vaccines that will probably take another 12 months before they are available for the general public.

I will start with N95 respirators or masks that the frontline health workers – from doctors, nurses and other health staff – have to use to protect themselves. It is the lack of N95 masks and other protective equipment that have seen infections among the hospital staff, with hospitals themselves becoming hot spots for spreading the infections. In Delhi, we had the Delhi Cancer Hospital shut down for two weeks as 27 of its staff members tested positive from the virus. In Italy, 20% of the healthcare workers in Lombardy became infected due to shortage of protective equipment.

So, who are the world’s largest manufacturers of N95 masks? Eight of the top ten global manufacturers of N95 masks are US companies, with 3M and Honeywell topping the list. 3M holds a number of patents – by one account 400 such patents – on the N95 respirator. Again, its share price is doing comparatively well even under the current stock market meltdown. We are already aware of the importance of N95 masks with stories of shipments being hijacked by the US even from the tarmac, and Trump threatening 3M with dire consequences under Korean War-era Defense Production Act. 3M was also asked to stop exports to US allies Canada and in Latin America, and ship to the US on a priority basis masks produced in 3M factories abroad.

While protective equipment is critical for the hospital staff, for the bulk of the people the question is do we have medicine that can cure us if we fall sick?

The short answer is currently we do not have any, and will not be able to develop a medicine tailor-made for this disease in a short period. What we are doing instead, is to look for medicines – re–purposing existing medicines – that are likely to have some effect on the virus. We are currently testing our entire kitty of medicines to see if something works.

All these medicines, except the old anti–malarial drugs chloroquine or hydroxychloroquine, are currently under patent protection. Remdesivir was originally developed against Ebola but did not work well and was moth-balled. It seems to have a better efficacy in COVID-19 cases, though the evidence for benefits are similar to the French trials that used a combination of hydroxychloroquine and azithromycin. That means that none of them have yet been tested using the standard double blind trials for drug development.

What is important about all the other combinations being tested in WHO’s Solidarity clinical trials is that they are all under patent protection. If any of them works – except chloroquine or hydroxychloroquine – the patent holders will make a windfall.

The key battle over the Uruguay Round of Trade negotiations that gave birth to WTO and Trade-related Aspects of Intellectual Property Rights (TRIPS) was whether countries like India who had disallowed product patents for medicines, could continue to do so. Unfortunately, India and other developing countries lost that battle. In 1994, the TRIPS regime came into existence, with countries like India getting a moratorium of 10 years, after which they had to grant product patents.

Unlike AIDS, where India could act as a global supplier of AIDS drugs, can it still act as the global pharmacy for a new COVID-19 drug? For Remdesivir?

The short answer is that it is still possible to break the Gilead patent by compulsorily licensing it under a sovereign right that a country has during health emergencies. Fortunately, India has strong provisions for compulsory licensing that the Left was able to retain when the Patent Act was changed to conform to the TRIPS requirements. The Left held sufficient votes in the Parliament to force the Manmohan Singh-led UPA government to accept its demands. While the Glivec case, in which Novartis was denied a patent in India as it fell foul of Section 3 (d), the section against ever–greening of patents is better known, its compulsory licensing provisions can be particularly useful in the current context. This provision can be used against any patent holder by issuing a compulsory license to a domestic producer, while paying them some royalty. WTO allows, under pandemics, countries to issue compulsory licenses and even import such drugs from other countries. So, countries, faced with the COVID-19 pandemic, and who might lack domestic manufacturing capability, can import such drugs from countries like India.

In the past, whenever India has considered use of compulsory licensing for producing, for example, life saving cancer medicines, the US has threatened India with dire consequences under USTR 301 Provisions. In 2019, too, this was one of the key contentious issue as outlined by USTR, while putting India in the Priority Watch List.

A group of Brazilian lawmakers have introduced a bill asking the Bolsonaro government to compulsorily license medicines that might have efficacy against COVID-19. Whether Modi, who rushed hydroxychloroquine to the US under Trump’s threat, will be willing to consider such a move against the US remains to be seen.

Finally, the vaccine. While in the short run, we have lockdowns, physical distancing, contact tracing and quarantine as our temporary weapons for prevention, the only long term preventive strategy is a vaccine. Herd immunity is not from the entire population (or 70-80%) being infected by the virus, as UK PM Boris Johnson believed, but by widespread vaccination. No major infectious viral disease – small pox, polio or measles – has been eradicated or contained without a vaccine.

So, here is the problem with vaccines. The genome sequences are put in public domain by countries, the private companies use these sequences to develop the vaccines, and if successful, can fleece the people and countries. This is the battle over the flu vaccine, where countries’ health systems submit the flu genome that are going around in their countries to public flu databases, but receive no or little benefits for doing so.

The question is, who are in the race for a vaccine against SARS-CoV-2? According to WHO, there are five companies that have entered the phase 1 trials, and another 71 in various stages of development. While most of the vaccine development is either public funded or funded by philanthropic institutions, the patent holder are mostly companies.

So, will the COVID-19 vaccines also sell like the flu vaccine for $20 a shot? Bankrupting poorer countries to protect their people? Or will we follow what Salk said about the polio vaccine – that it belongs to the people? The US is clear: it belongs to companies even if publicly funded. And if we want to compulsorily license it using the pandemic exception of WTO–TRIPS rules, USTR 301 and Super 301 sanctions can be still used against India. And as we know from the history of US sanctions, it believes it that it has a right to sanction any country in the world, even if such sanctions violate international humanitarian law.