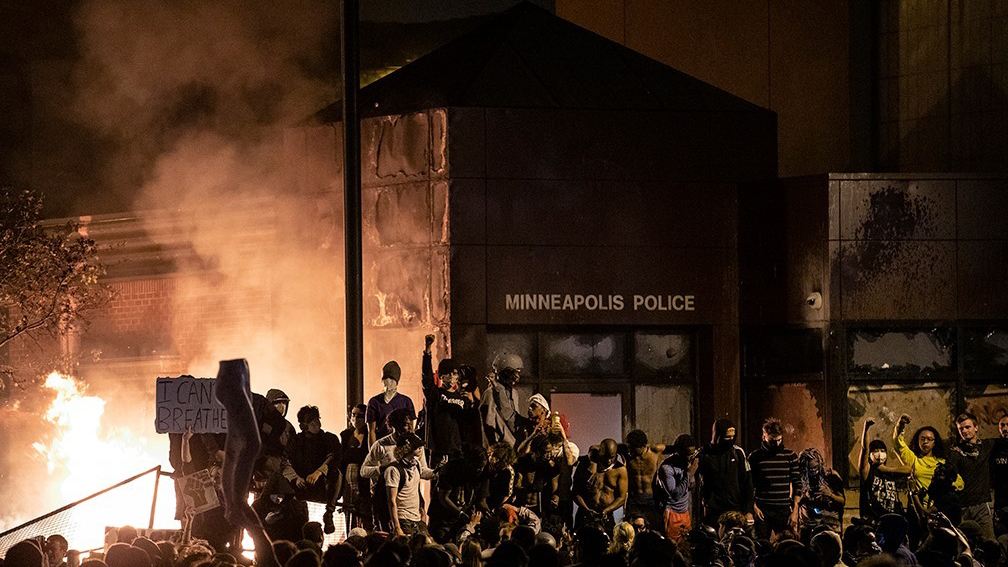 Protests have swept across over a dozen cities in the US demanding justice for 46-year-old George Floyd, who was killed by police officers on May 25. The demonstrations, which began in the city of Minneapolis where Floyd was murdered, have become a countrywide phenomenon, with  protesters gathering in front of the White House late in the night on May 29, Friday. Demonstrators took over the streets in many cities and suffered repression as the police used tear gas and carried out mass violent arrests.

Tweeting on Saturday, US president Donald Trump threatened that if the protesters had breached the White House fence, they would “have been greeted with the most vicious dogs, and most ominous weapons, I have ever seen.” Protests were reported in New York, Atlanta, Portland, Las Vegas, Louisville in the State of Kentucky, Portland and many others. Various forms of curfew were imposed in many cities.

On Friday, the former police officer who was responsible for the death of George Floyd was arrested. The officer, Derek Chauvin, has however, only been charged with third-degree murder and manslaughter so far. The complaint against him said that he had placed his knee on Floyd’s neck for over eight minutes. Floyd, a Black man, was killed by Chauvin and three other officers who were trying to arrest him.

In the days prior, protesters had been mobilizing outside the precinct building to demand that the responsible officers be indicted and charged with murder after their firing. Reports and eyewitness accounts have alleged that the police used tear gas, batons and rubber bullets against protesters.

On Thursday, police officers abandoned the building of the 3rd precinct of the Minneapolis police, which was one of the centers of the protest in the city. The precinct was where Chauvin and his fellow officers were serving. Subsequently, the precinct office was stormed by protesters.

Reports have also emerged that at least two of the police officers accused in Floyd’s killing had around two dozen complaints of police abuse against them. According to CNN, Derek Chauvin had 18 prior complaints of different kinds of police abuse, but was only “disciplined” on two of the complaints, and that too with a letter of reprimand. Another officer involved in the murder had six complaints against him.

Meanwhile, in Louisville protests resumed to demand justice for 26-year-old Breonna Taylor who was shot dead by police in her apartment on March 13, in what was supposedly a drug raid. At a protest in Louisville on Thursday May 28, at least seven people were shot by unknown assailants.

Protesters were also furious over a tweet on May 28 by US president Donald Trump who threatened in a tweet that “when the looting starts, the shooting starts.” This was in the context of his declaring that the military was being sent to the State of Minnesota. Following this, Twitter flagged the tweet and fixed a warning label to it.