Claudia de La Cruz of The People’s Forum and The Popular Education Project talks about the protests in the US in the aftermath of the murder of George Floyd in Minneapolis.

Transcript of the interview below:

Peoples Dispatch: One of the key things many people are mentioning on the streets, as well as people who have been raising these issues and movements for a long time, is the fact that this is definitely not just one isolated incident, this is not a case of a couple of rotten apples in what in a police force in one city in the country. This is really a systemic issue. There have been a number of such murders, such executions in the past and the trend nonetheless keeps continuing, and there have been a number of movements also, people in power have expressed words of sympathy. They have made calls of vague slogans for change but nothing has happened. So could you talk a bit about the systemic factors and how they play into this especially when it comes to law enforcement-

Claudia de la Cruz: I think it’s important to understand and you bring up the point of it being systemic. Historically when we think about surveillance, when we think about policing and militarization, we’re thinking about what’s at the core and at the roots of the development of the United States of America.

To think about it as an individual case is a complete loss, not only for our movements but general for our people. It creates a disadvantage in us understanding how evil, how brutal, how demonic the system can be to protect capital, and protect property, and protect the elite.

Historically we’ve seen the murder of black and brown bodies of poor people, including poor whites, throughout the years and it is state-sanctioned violence. It’s important to understand that this is as American as apple pie. It continues to happen.

I think the difference now is that it is something that’s being documented and it’s something that is being put out for the world to see. This particular case of George Floyd brought up a lot of indignation because he’s not the first one to have been killed in the middle of a pandemic. He’s one of many folks who have been killed, some of which we know and some of which we don’t know. Not only by police but also by vigilantes that have been in many ways supported by the state, that have been given a slap in the wrist and very very soft measures if anything has been taken to pacify the people and the people are fed up.

Even the judgments of how people choose to express and rebel themselves and the narrative. When you have the President of the United States talk about black and brown and poor people as thugs and calls the mayor of Minnesota a loose lefty on Twitter and says “I’m Going to send a National Guard to take care of this in the right way”, like you see that white supremacist classist way of approaching people’s pain and people’s mourning. There is more concern for the burning of buildings and the killing of people.

It’s clear that the people of the United States, the people that are in the streets, that are making the streets burn right now, are fed up. They understand that it’s not a matter of the nine minutes that it took for that cop, for Chauvin, to put his knee on George Floyd’s neck. It’s beyond that, it’s beyond those nine minutes, is the four hundred years, plus of this type of state sanctioned violence.

PD: One of the key questions that has come out like you pointed out is that there have been protests movements coming or there have been many instances of protests in the past, as well the most important instance being after the murder of Michael Brown in Ferguson. So one of the key questions many people are looking especially from across the world is how do these protests develop, what are the kinds of demands that are being put forward. And it’s still the very early days, especially yesterday, saw the protests really spreading to many many cities across the country so right now could you tell us a bit about water some of the key aspects that are being raised?

Claudia de la Cruz: I think for the most part and when you see the news clips, when you engage with the people on the ground, when you talk to people in the different cities and people coming out, the most pressing piece and demand is “criminal response to criminal actions.” Third degree murder is not enough for someone who killed somebody in cold blood it for the world to see. It was a public lynching, so the first demand is that is the criminal justice system does not take it upon themselves to hold police officers to the same standard as regular citizens, this will continue to happen.

Historically it is proven, it hasn’t worked for them to talk about community and police relationships when these cops continue to brutalize and murder our people, and they do not receive the same type of treatment than someone who would kill a white person, or who would kill a cop. It’s not the same, the value of life is not the same. So that’s the first demand.

There are a lot of people in the more leftist movements that are calling for the abolition of prisons, and the abolition of policing, that are calling for community policing, in different ways in which people are able to be protected. Unfortunately, because it also needs to be said, there is a level of disorganization from grassroots movements and the left in the United States, there’s a lot of fractions, it’s very fragmented, and therefore it’s very difficult to say that there is a very clear political demand that is unifying and that folks are all at once kind of coming with this list of demands.

I think it’s a good start and what we need to learn from previous rebellions, from previous revolts, is how do we position ourselves in relationship, in support, in uplifting, in strengthening the cry of our people in a way that makes sense and advances the political agenda that says “we’re here to defend life, we’re here to defend community, we’re here from an anti-capitalist perspective, from an anti-imperialist perspective”.

Now we’re in the midst of a global pandemic, so we’re in a different space, the people of the United States are in a different space. So much so that there were over 15 cities that were burning last night (Saturday May 30, by now protests have erupted in over 400 cities across the US), and people have pushed back on the narrative of riots. They are saying that these are revolts and these are revolts from the very historical point of view and understanding that the revolt is the voice and language of those who are oppressed, and that they have the right to do that their righteous anger that will move this country. It’s a great opportunity in many ways for us to be able to advance our struggles if we have the courage to walk side-by-side and be in that struggle and then take this opportunity to build the working class organizations that will ultimately move us through another political and social reality.

PD: A key challenge also would be the fact that this is an election year there is a risk and the temptation of it being framed entirely around Trump, and while obviously statements have been extremely violent, they have been abusive, nonetheless this is not really a Republican versus Democrat issue at all.

Claudia de la Cruz: You’re totally right it’s not a partisan thing. Both Democrats and Republicans have been in the White House and have been complicit and how about uplifted if anything the idea, the narrative that “oh these police officers feared for their life” as a justification to be able to continue to kill our people.

There’s not a partisan position. It’s the position of the ruling class, is a position of those that are there to protect and promote the ideologies and the practices of a ruling class that has been in power in a dictatorship in this country for too long.

It’s important to remember that Obama was in power when Mike Brown was killed. And he was a Black president who supposedly came from community organizing, with immigrant parents, like all these different ideas of what could potentially make a president that is for the people, was shattered for a lot of young people in this country, by a man who held the power to be able to bring these murders to justice and did not. He was complicit in that. It’s important to remember that. 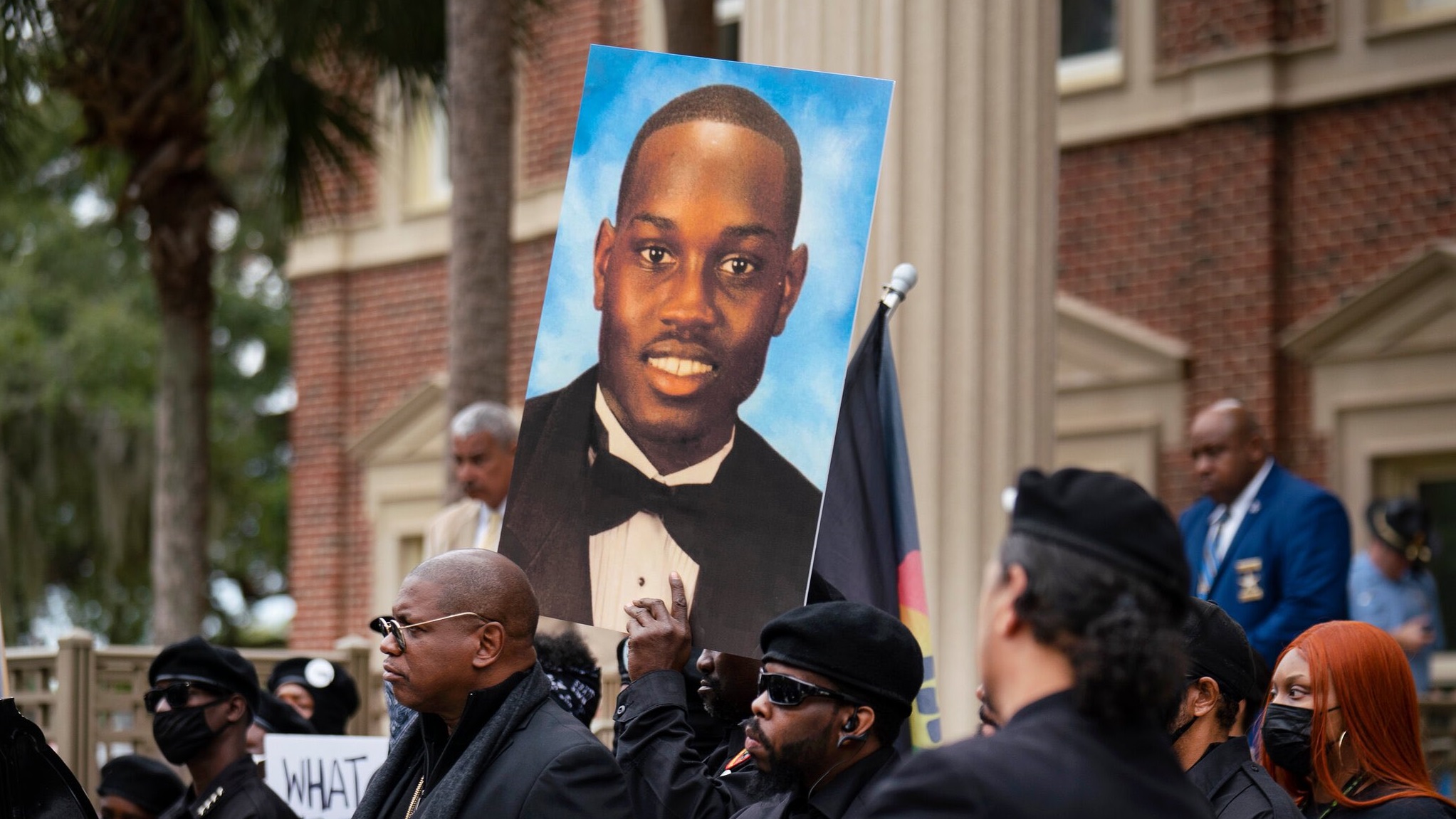