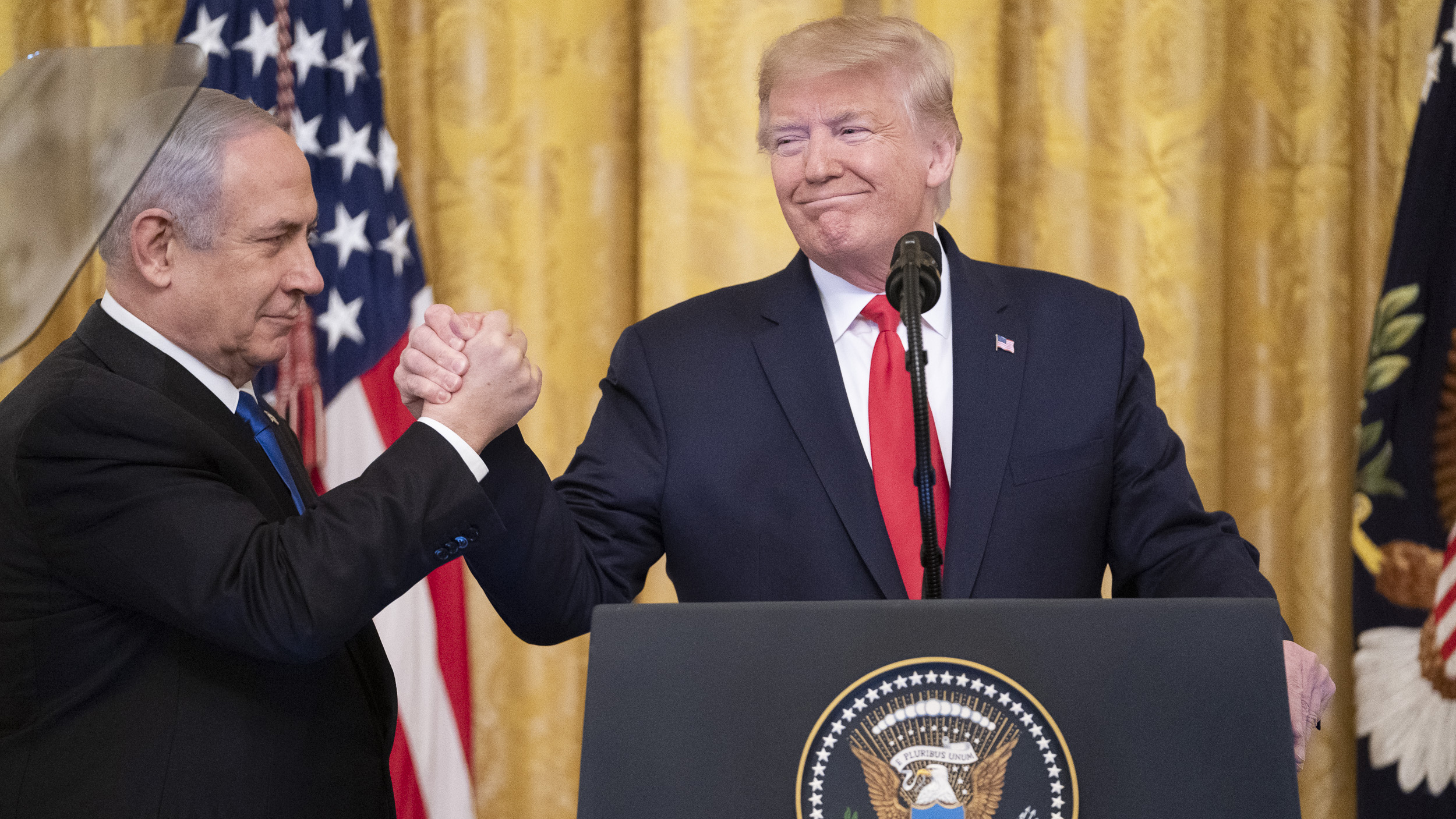 On May 30, 2020 Israel’s prime minister Benjamin Netanyahu reiterated his government’s plan to annex 30% of the West Bank on July 1.  On June 1, Benny Gantz, Israel’s new defense minister and future prime minister, asked the military to be prepared for the planned annexation. The defense forces’ chief of staff in Israel has also expressed apprehensions about possible reactions by Palestinians. Already in the last couple of months, the number of illegal detentions of Palestinians has seen an unprecedented rise.

As per the stated annexation plan, Israeli sovereignty will be formally extended to all illegal settlements, as well as the fertile Jordan Valley in the occupied West Bank. Though approved by the new coalition government in Israel, which came to power last month, the annexation was first promised by Netanyahu during the campaigns for the second parliamentary elections last year in September.

The move has been approved by the US administration of Donald Trump and might become a reality despite some voices of opposition from quarters of the international community. US support has been crucial for the expansion of Israeli occupation and settlements.

Though the details of the plan have not yet been made available in the public domain, the proposed annexation will mostly be in area C of the occupied West Bank, where most of the illegal Israeli settlements have been built since the Israeli occupation in 1967. The plan for the annexation of the Jordan valley was made public by Netanyahu last September. The valley, which borders the state of Jordan, is rich and fertile with a permanent source of water through the river Jordan.

The area proposed to be annexed as per the plan will reportedly be equivalent to 50% of Area C. This corresponds with the proposals made under the so-called “Deal of Century” announced by Trump in January this year. Area C is under full Israeli administrative and security control and constitutes almost 60% of the entire West Bank.

As per the Trump plan, the remaining 50% of Area C will also not be available for any construction, ultimately suggesting that Palestinians will have to let go of 60% of the West Bank.

The fate of more than 65,000 Palestinians living in the Jordan Valley and that of their farmlands is still more unclear. If not expelled, in all likelihood, they will be treated as second-class Israeli citizens.

Many argue that the Jordan Valley is already annexed by Israel informally, and if Netanyahu goes ahead with his announcement, it will only make this formal .

The division of the occupied territories (excluding Eastern Jerusalem) into Area A, B and C was facilitated by the Oslo accords signed between the state of Israel and the Palestinian Liberation Organisation between 1993-95.  The Palestinian Authority (PA) was created under the accords to administer area A, with heavily populated cities and towns. The municipal administration in these areas and to some extent in area B came with the promise of an independent Palestinian state in the future. All the key issues – the fate of Palestinian refugees forcefully uprooted from their homes during the creation of the state of Israel (Nakba), the dispute over Jerusalem, illegal Jewish settlements built in the occupied territories since 1967, and the final borders of both the states – were left for final status negotiations which never took place.

Meanwhile, Israel kept on increasing the number of illegal settlements inside the occupied territories and strengthening its position in area C.  In complete violation of all international laws, Israel also built an apartheid wall running all across the West Bank and East Jerusalem. It created settlers-only roads and numerous check posts in the last decade-and-a half following the Oslo accords. These moves have strengthened Israel’s control over the territories.

The PA’s security coordination with the Israeli state also became an additional pillar of strength for Israel to suppress all kinds of Palestinian resistance movements.

Thus, the Oslo accords, instead of providing the ground for the creation of a future Palestinian state, has become a facilitator for Israeli annexation plans.

Israel uses the more than 600,000 illegal Jewish settlers it has planted on occupied Palestinian territories as an excuse to extend its armed control of the region. According to a 2017 study conducted by an Israeli think tank, up to 75% of all Israeli Defence Forces (IDF) are deployed in the occupied West Bank alone. More than 80% of them are to “defend” the settlements. This clearly shows the priorities of the Israeli state. In the name of providing security to settlers, these forces often indulge in helping the expansion of settlement areas by forcefully removing Palestinian villages, farms or orchards from nearby lands.

Experts point that the proposed annexation of the West Bank would be illegal according to the 4th Geneva Convention of 1949. As per the convention, to which Israel is a signatory, no occupying power can transfer its own civilian population into the occupied territories. It cannot annex, nor can it build any permanent structure. Israel has often tried to justify its activities inside the occupied territories by citing the exception clause regarding building for security reasons. However, as noted in a 2004 judgement of the International Court of Justice (ICJ) in a case related to the apartheid wall, this excuse is baseless.

Israeli occupation of Palestinian land, the building of settlements and instituting other restrictions as “security measures” have also been time and again denounced through several resolutions passed by the UN General Assembly (UNGA) or the UN Security Council (UNSC). However, due to the support provided by the US, Israel has survived any major punitive action by the international body so far. It remains to be seen whether the UN takes any action if Israel goes ahead with its planned annexation.

Reactions from Palestinians and the Arabs

Palestinians living under the occupation and those forced to live in other countries as refugees will never accept the annexation. However, the Israeli state and its international collaborators are posed to try to prevent any large-scale movement. The heavy deployment of forces, rising arrests and illegal detentions, killings and assassinations, all point to the likely use of methods of suppression mastered by Israel in the last seven decades.

Though the PLO and PA – the formal voices of the Palestinians – have issued statements and warned the Israeli state against a formal annexation, this is unlikely to have much of an impact. Israel has not even responded to the formal announcement by PA president Mahmoud Abbas on May 19, declaring the end of all security coordination with the Israeli government, as well as all previous agreements with Israel.

Abbas has issued similar threats at least five times since 2015, the latest being in January after Trump’s announcement of his ‘deal of the century’.

The fact that the PA has in the recent past taken some tough decisions, including non-cooperation with the US government since shifting of the US embassy to Jerusalem in 2017, is not much of a deterrent to the Israeli occupying authorities. In fact, the complexities of international commitments may force around 80,000 security personnel under PA’s control to aid in the suppression of popular resistance against the Israeli annexation plan.

Turkey and the EU have already declared their opposition to any move by Israel to annex the settlements. The EU has even threatened to put sanctions on Israel if it goes ahead with the annexation plan. Jordan also warned of serious repercussions. However, given the history of these countries, Palestinians have little to expect from them.

The Arab League met virtually and discussed the Israeli threat of annexation in the last week of April. It denounced the proposal for annexation as the end of the “two-state solution” and called such a move a “war crime”.

More than 50 civil society and trade union groups issued a joint statement on May 21, demanding “effective measures by all states to stop Israel’s illegal annexation of the occupied West Bank and grave violations of human rights.” The statement published on the website of the Palestinian Human Rights Organisation Council includes among others its signatories the Palestine Youth Movement and the general unions of Palestinian teachers, women, writers, farmers, workers, etc.

The role of the US in the creation and expansion of Israel is very well known. It is a fact that Israel’s crucial role as US’ second fiddle in the region helps in the US imperialist agenda. The Trump administration, since its coming to power in 2017, has shed all appearances of balance taken up by its predecessors and has been openly supportive of Zionist agenda. Trump has not only recognized Jerusalem as Israel’s capital by shifting the US embassy from Tel Aviv, but has also recognized Israeli sovereignty over the occupied Golan Heights and stopped funding to the PA.

Trump’s plans fall in line with the Israeli agenda of annexation of the occupied territories and legitimizes the illegal settlements. US secretary of state Mike Pompeo even defied coronavirus lockdown advisories and visited Israel to approve Netanyahu’s annexation plan. The US ambassador to Israel, David Friedman, has already been quoted as accepting Israel’s annexation of up to 30% of Palestinian land. He was also quoted saying that Israel should negotiate building a Palestinian state on the remaining 70% of West Bank land.

The Israeli announcement of the planned annexation of the settlements and Jordan Valley in the occupied West Bank is not just a move made in desperation by a prime minister facing criminal cases of corruption and misuse of power, who wants to build a legacy. It is also an inevitable step in the Zionist project which has always maintained that the entire West Bank is a part of the mythical Judea and Samaria, the promised land of Israel. The leader of the imperialist block, the US, is more than willing to oblige its junior partner in the West Asian region and there exists complete hegemony of the ultra-right-wing discourse in the domestic politics in Israel. Additionally, at a time when most Arab countries have no real motivation to stand with the Palestinians, the Zionists see an opportunity to complete the project which was started more than a century ago.

There are calls for intifada among the Palestinians. The Palestinian youth (around 58% of the Palestinian population in the occupied territories is between the age group of 15-64 years) will not accept the annexation of their lands lying down. However, the Palestinian resistance will require international solidarity and concrete support. According to Michael Lynk, the UN special rapporteur on human rights in the occupied territories, if the world fails to support the Palestinians, Israel’s plan “would crystallize a 21st century apartheid, leaving in its wake the demise of the Palestinians’ right to self-determination. Which is entirely unacceptable, legally, morally, politically.” He has called on the international community to “review its extensive menu of sanctions and countermeasures to stem this march towards further illegality,” emphasizing, “there has to be a cost to the defiance of international law.”