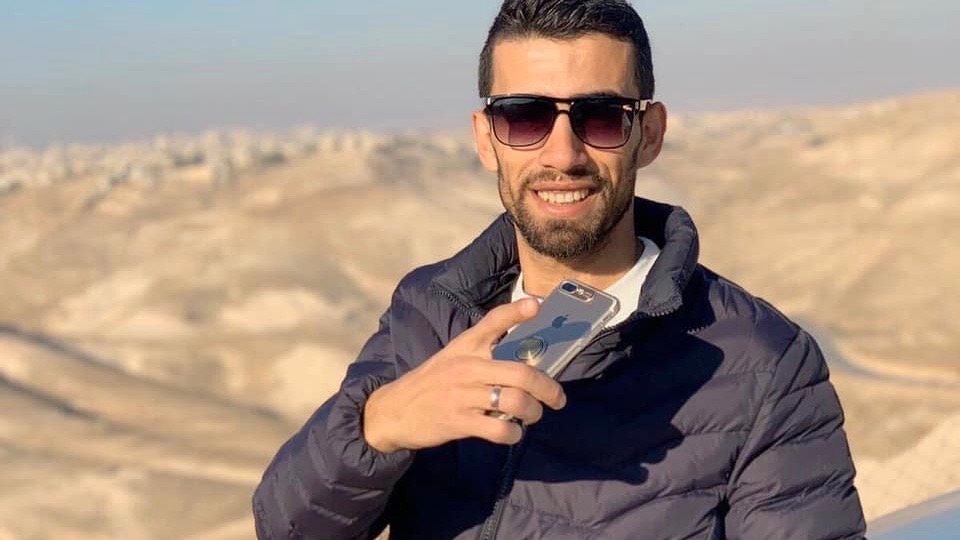 Palestinians are reacting with shock, grief and widespread anger after Israeli soldiers shot and killed a Palestinian man on the day of his sister’s wedding at a military checkpoint in the occupied West Bank on Tuesday, June 23, 2020. Twenty-seven year-old Ahmed Mustafa Erekat, was left bleeding on the ground for more than one and a half hours after her was shot, according to a Facebook post by his cousin, US-based Palestinian lawyer, activist and university professor, Noura Erakat.

Ahmed’s family said that he was on his way to pick up his sister and mother from a beauty salon to bring them back home for his sister’s wedding. While on his way, he accidentally hit his car on a curb near the ‘Container’ military checkpoint, also known as the Qidron crossing or Wadi al-Nar, between Bethlehem and Abu Dis, where the Erekat family home is located. In a Facebook post, Ahmed’s aunt wrote that “he stepped out to see the damage since he was going to carry some precious cargo back.” The Israeli soldiers posted at the checkpoint straightaway shot him dead, later claiming that he was allegedly trying to ram his car into one of the female soldiers present at the checkpoint, a claim that Ahmed’s family strongly denies. Family members also point to the fact that Ahmed might have been in a hurry to finish all the wedding-related tasks he had to do.

According to several of Ahmed’s family members, including his uncle, Saeb Erekat, secretary general of the Palestine Liberation Organisation (PLO), the alleged Israeli claim of Ahmed trying to attack the soldiers with his car is “impossible”, incomprehensible and a complete falsehood. Ahmed himself was going to get married in three days. Noura Erakat called the Israeli claims “trash, coward, lies.” His uncle termed the murder an “execution in cold blood”, adding that he holds Israeli prime minister Benjamin Netanyahu responsible for the crime.

Senior Palestinian official Hanan Ashrawi, in a powerful statement, wrote, “Palestinian lives matter”, urging the international community to take concrete steps to hold Israel accountable for the young Palestinian man’s senseless murder. Her statement also said that, “Israel also attempted to slander Ahmed and excuse his murder. It is part of a tragically familiar pattern, where Israel habitually uses false pretexts that are all too familiar now to justify the murder of Palestinians by trigger happy soldiers.”

A cell phone video reportedly taken in the aftermath of the shooting and killing of Ahmed by an eyewitness shows Ahmed lying on the ground, bleeding profusely, while Israeli soldiers continue to walk over him and past him from all directions, unconcerned whether he needed medical help or making efforts to keep him alive. The director of the Palestinian Red Crescent Society later told the Palestinian WAFA news agency that the Israeli soldiers also prevented Palestinian medical personnel from coming to the aid of Ahmed so that he could be rescued and kept alive. Another Facebook post by a cousin of Ahmed stated that following his killing, the Israelis are refusing to hand over his body to the family for his proper last rites and burial, making an already tragic and unspeakable ordeal even worse.

The Palestinian Democratic Youth Union (PDYU) released a statement following Ahmed’s murder calling on international organizations and human rights organizations to “intervene immediately to stop the Zionist crime series against the Palestinian people and their youth.” The PDYU also calls on Palestinian leadership to work towards national unity to unite the resistance of the people in order to resist these heinous crimes as well as the ‘Deal of the Century’ and the Annexation plan which seeks to erode the national rights of the Palestinian people.