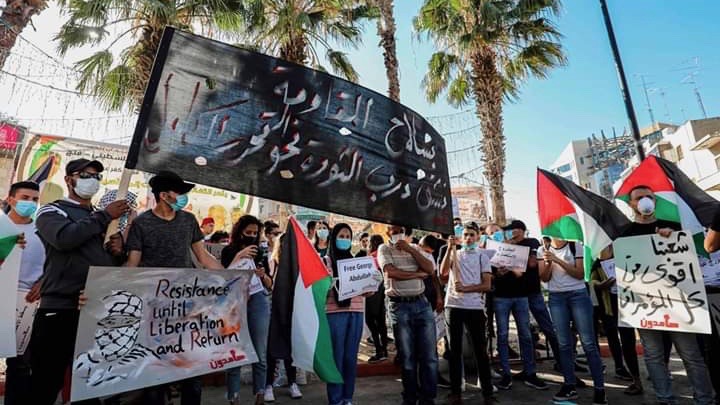 Protest in Ramallah against the Annexation Plan. Photo: Twitter/ Women for Palestine

Protests, both on the ground and on the virtual platforms, were organized on Wednesday July 1 across the world to denounce the proposed Israeli annexation of parts of the occupied Palestinian land in the West Bank. Several organizations are also demanding international sanctions against Israel if it goes ahead with the move.

Civil society movements, including the Palestinian Boycott, Divest and Sanctions (BDS), organized protests in countries such as the US, the UK, Canada, Germany and Spain, among several others.

Israel had announced that it would start the process of annexation of the parts of the occupied West Bank including the Jordan Valley on July 1, as per Donald Trump’s so called “Middle East Peace Plan” proposed in January this year. The Trump plan had proposed that 30% of the West Bank be put under Israeli sovereignty in return for an ‘independent Palestinian State.’ Palestinians and most of the world community have rejected Trump’s plan as unilateral and biased towards Israel, and had warned Israel to not go ahead with its proposed annexation as it would kill the two-state solution and end the prospects of peace in the region.

Though differences between Netanyahu and his coalition partner and defense minister Benny Gantz over the date of annexation were reported in the Israeli media on June 30, it was still not clear whether the government will go ahead with the plan as announced. However, on July 1, Times of Israel reported that the move will be delayed. It quoted Israel’s regional cooperation minister and Netanyahu’s close confidante, Ofir Akunis, saying that the coordination with the Americans over the details of the annexation plan is not over yet, and the annexation would be delayed till the end of the month.

In anticipation of the Israeli move, numerous protests were organized in the occupied territories in Palestine and by the Palestinian refugees in various other parts of the world. On June 30, several Gaza-based groups organized a protest in the Gaza city.

The PLO-led Palestinian Authority has asked the international community to take effective measures, including sanctions, to prevent Israel from annexing more Palestinian land.

Hamas spokesperson Hazim Qasim said that all Palestinian factions are united against the planned Israeli annexation. He called July 1 the “day of real rage” against Israeli annexation and Trump’s “deal of the century” proposals.

Meanwhile, addressing global media on June 30, Palestinian prime minister Mohammad repeated his earlier proposition of “limited exchange of lands” between Palestine and Israel and resumption of direct bilateral talks. If Israel goes ahead with the annexation, it “will necessarily mean the annulling of all signed agreements” between the PLO and Israel, he reiterated.

The Palestinian Democratic Youth Union (PDYU) released a statement on July 1 calling on broad participation “in the mass movements rejecting the American-Zionist project represented by the so-called deal of the century and the annexation plan that targets the cause and national rights of our Palestinian people and has serious repercussions threatening the dream And the Palestinian right to establish a fully sovereign independent Palestinian state with Jerusalem as its capital and the return of Palestinian refugees to their villages and cities, in accordance with Resolution 194.”

A group of Palestinian civil society movements and organizations released a statement denouncing the annexation plan as the culmination of Israel’s decades-long policy of colonization and displacement. They also criticize the inaction of the international community with regards to Israel’s historic crimes, “From the Balfour Declaration, to the British Mandate for Palestine, to the UN partition plan in 1947, to the Nakba, to the War of 1967, to the Oslo Accords and the Deal of the Century, the international community has provided Israel with almost limitless immunity by issuing only balanced condemnations and token statements of support for Palestinian rights.” However, they point out, “the same international community seems surprised and astonished by the current state of affairs. It is as if Israeli annexation (and other illegal practices and policies) is not the culmination of a deeply entrenched Israeli colonial and apartheid regime – a regime that has historically been unchallenged by the international community.”

Solidarity protests across the globe

Though the move was announced by Israeli prime minister Benjamin Netanyahu during his election campaign last year, it acquired more seriousness when he declared a deadline for the resumption of the annexation process after regaining power in May this year. His announcement triggered global concern and protests by solidarity movements across the globe. Some governments have also taken up the issue at the diplomatic level, while some parliaments have passed resolutions opposing the move.

On June 29, scores turned up in Toronto in Canada to protest against the proposed annexation. More protests were scheduled on July 1.

Similar protests were organized in France on June 28 where thousands turned out in Paris denouncing the annexation plan and demanding sanctions against Israel.

💥 A huge demonstration in #Paris, protesting against the #annexation plans of #Israel. #StopAnnexation✌️ pic.twitter.com/99tcnCwyaC

On June 27, hundreds of people marched through the streets of Brussels demanding sanctions against Israel if it goes ahead with its plans to annex the parts of the West Bank. Similar protests were organized on Monday too.

Hundreds of demonstrators rallied on Sunday, in the #Brussels, in protest against Israel’s plan to annex Palestinian land.
The Demonstrators waved the #Palestinian flags, and called for imposing sanctions on Israel if it moves on with implementing its annexation plan. pic.twitter.com/zj0TxKTep0

In the US, on June 30, Vermont senator and ex-Democratic presidential hopeful, Bernie Sanders joined his four Democratic House of Representative colleagues, Alexandrea Ocasio-Cortez, Rashida Tlaib, Pramila Jayapal and Betty McCollum, calling on the government to cut or withhold the USD 3.8 billion annual American aid to Israel if it goes ahead with the annexation move. Last week, 191 members of the House of Representatives had written a letter to Netanyahu to halt his plans.

Israel's annexation of occupied territory would be a disaster for international law, self-determination, freedom and equality.

I stand with @AOC and House progressives. We cannot allow U.S. tax dollars to be used to violate Palestinians' human rights. https://t.co/UkrTcWhHvy

On June 29, the Socialist Campaign Group of Labour MPs in the UK came out with a statement demanding sanctions against Israel if it moves on the proposed annexation plan. The statement was signed by 25 MPs, including Jeremy Corbyn. Black Lives Matters UK also expressed its solidarity with the Palestinians and opposed the Israeli annexation.

"Now is the time for the whole Labour movement to speak up for Palestine.

We must stand firmly in opposition to the new Israeli Government's plans for further illegal annexation of occupied Palestinian land." pic.twitter.com/teVwZvNeog

In South Africa, more than 250 prominent individuals, including activists and community leaders, endorsed a statement issued by the South African chapter of the BDS movement, opposing Israel’s unilateral plans to annex the territories. The statement holds the Israeli government responsible, along with the US and its allies, for eroding the possibilities of a just and lasting peace in the region, Quds News Network reported.

A statement was also issued by the World Council of Churches and the Middle East Council for Churches asking for sanctions and the suspension of the EU-Israel Association Agreement.

The Dutch (Netherland) parliament passed a resolution proposed by the Socialist Party, calling the proposed Israeli annexations illegal and demanding the government and the European Union to take punitive measures against Israel if it moves ahead with the plan. A similar resolution was passed on June 26 by the Belgian parliament.

On June 26, several Palestinians in the US also came out with the list of demands for the candidates in the upcoming presidential elections in the country. The demands included imposing conditions on military aid to Israel, recognizing the right to boycott, and moving the American embassy back to Tel Aviv. The document reads, “support for candidates to federal offices shall be determined by their level of recognition and agreement on these tenets”.

German, Italian and Spanish ambassadors to Israel have announced that annexation would negatively impact their country’s relations with Israel as well. 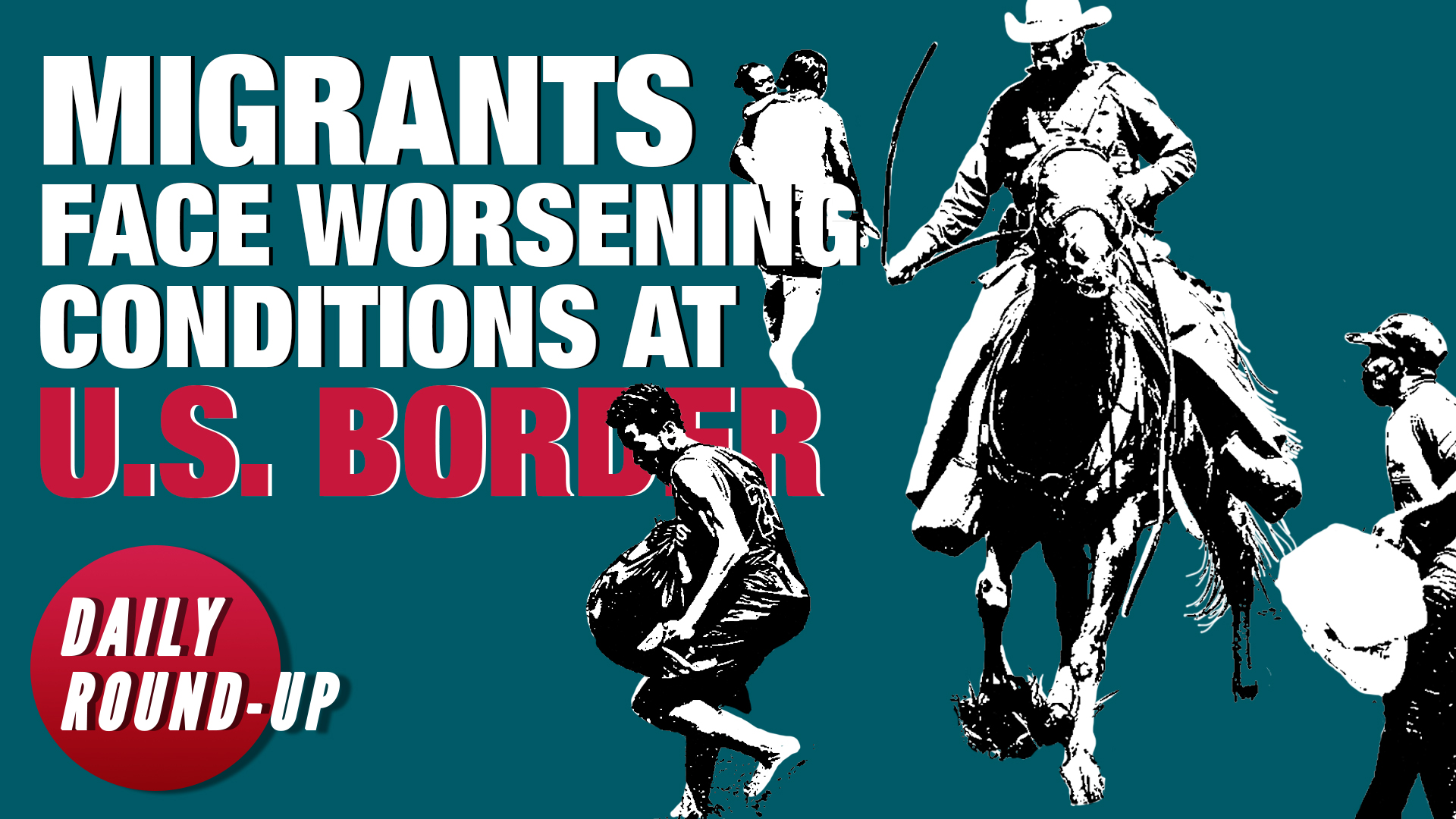 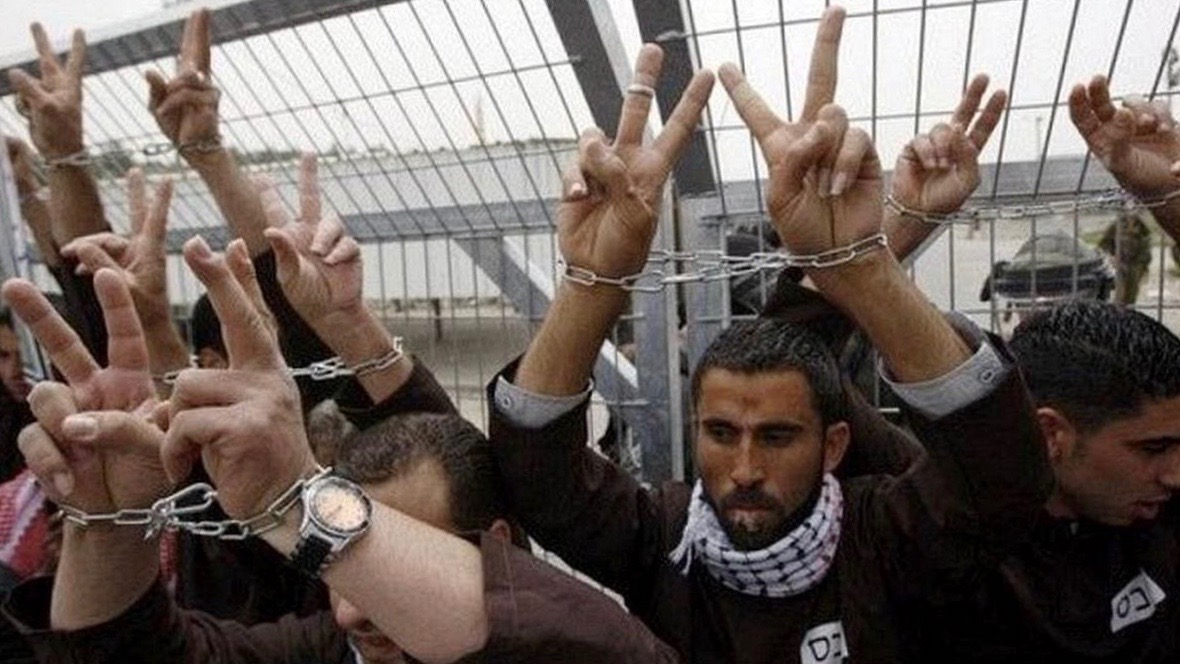 Over 1,300 Palestinian prisoners to go on hunger strike against Israeli repression 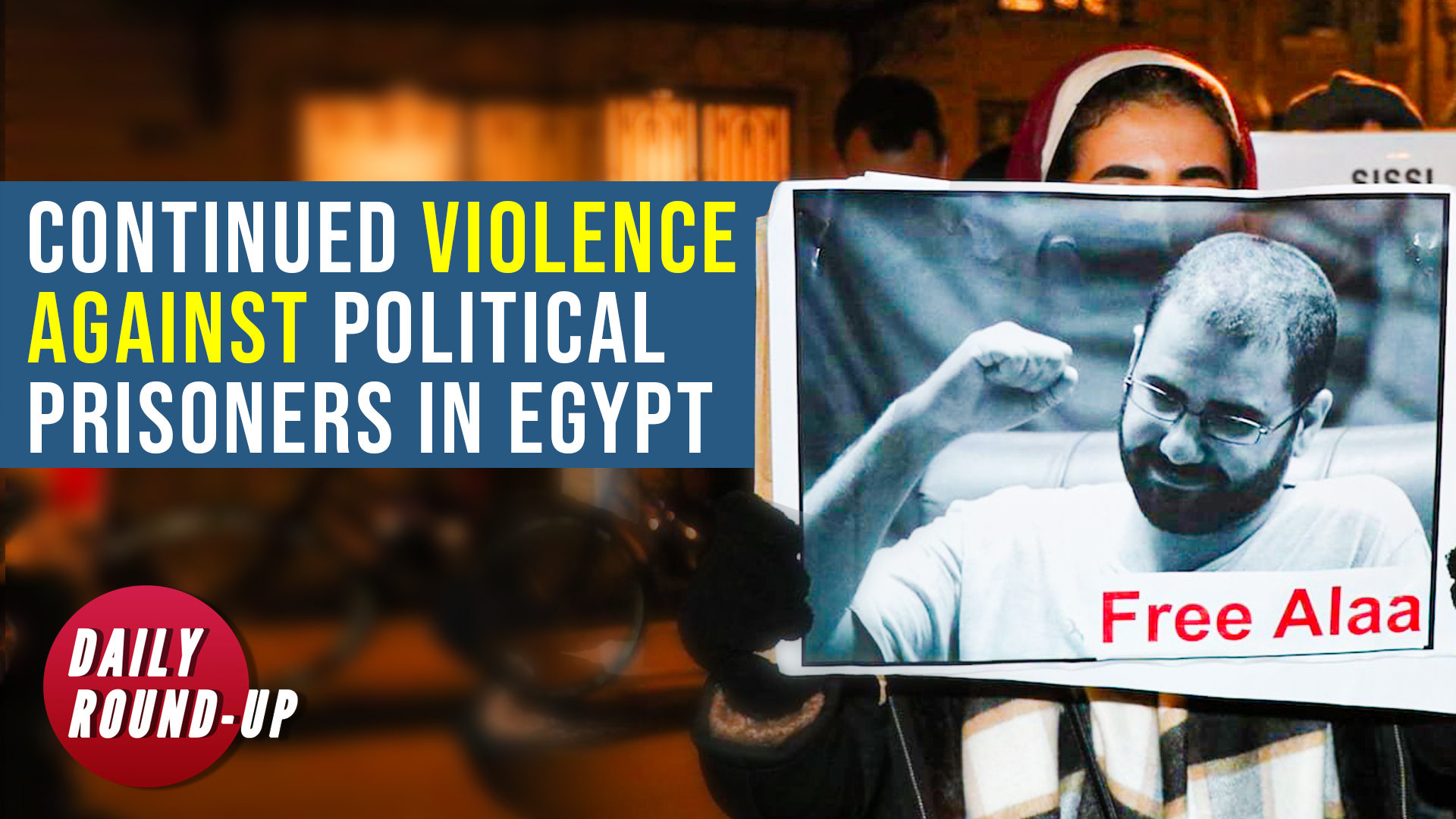