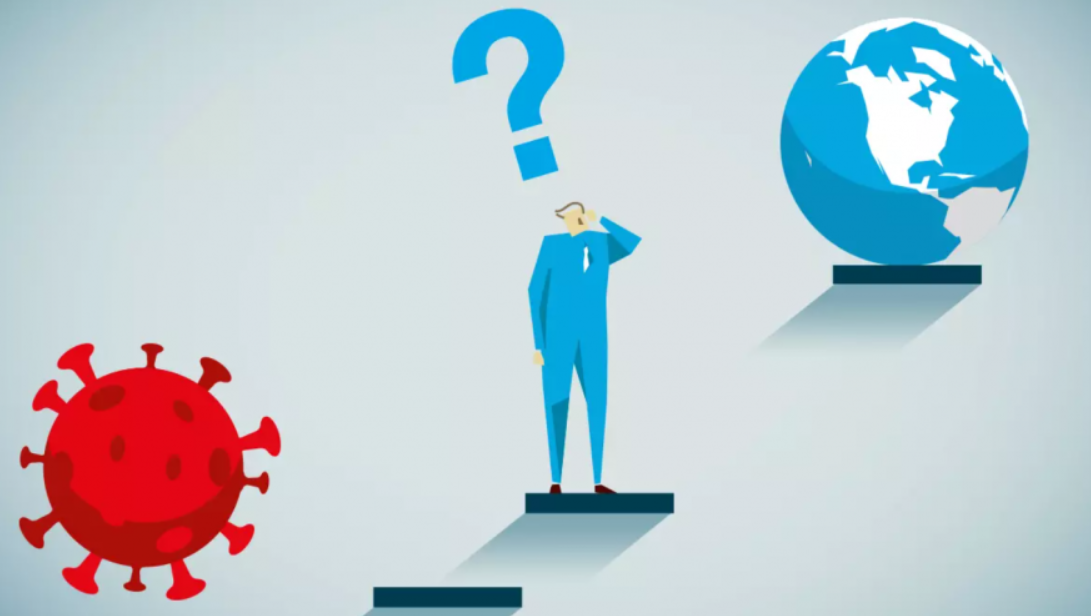 There is a commonly-held view that the current crisis in capitalism, which has resulted in a massive output contraction and increase in unemployment, is because of the pandemic; and that once the pandemic gets over, things will go back to “normal”.

This view is entirely erroneous for two reasons. The first, which has been often discussed in this column, has to do with the fact that even before the pandemic, the world economy was slowing down. In fact, since the financial crisis of 2008 following the collapse of the housing bubble, the real economy of the world had never fully recovered.

Small recoveries were followed quickly by collapses; and the low unemployment rates in the United States that had prompted Donald Trump’s triumphalism, were to a very large extent explicable by the reduced work participation rate after 2008. In fact, if we assume the same work participation rate in 2020(just before the pandemic), as had prevailed on the eve of the financial crisis, then the unemployment rate in the US was as high as 8% as compared to the less than 4% mentioned in official figures.

This slowing down in turn has been a result of the operation of neoliberal capitalism, which has massively increased the share of economic surplus in output, both within countries and also at the world level, by keeping the vector of real wage-rates unchanged, even as the vector of labor productivities has increased. This increase in the share of surplus, or this shift from wages to surplus, has lowered the level of aggregate demand for consumption goods and, hence, of overall aggregate demand, as workers spend more on consumption out of a unit of income than the surplus earners.

The pandemic has occurred in this context, so that even after it gets over, the world will still be stuck with the crisis of over-production which had already engulfed it well before the pandemic.

To get out of this crisis, it is necessary to use State expenditure, provided such expenditure is financed by either taxes on capitalists or by a fiscal deficit. State expenditure financed by taxes on workers will not help, since workers consume the bulk of their incomes anyway, so that State demand only substitutes workers’ demand without adding to aggregate demand.

But neither fiscal deficits nor taxes on capitalists are liked by finance capital, so State expenditure as an anti-crisis measure is ruled out. This means that even after the pandemic is over, not only will the crisis continue, but it will do so without any counteracting measures, at least as long as neoliberal capitalism lasts. This crisis, therefore, marks a dead-end for neoliberal capitalism.

Now, suppose, for argument’s sake, that after the pandemic, consumption recovers to 90. All of it can be produced by the existing capital stock, requiring no additional investment. Moreover, there is no reason why the capitalists should expect output to grow at 2% next year; so they would not add 10 to capital stock, as they had done before the pandemic. Let us assume that they add only 5 to capital stock, and wait to see what happens before deciding to add any further to capital stock.

Any severe external shock to the capitalist system has this effect, namely, that investment recovers only after a long time, And precisely for that reason, even the recovery of consumption, though less delayed than the recovery of investment, also takes a fairly long time.

In other words, even if there had been no crisis of over-production engulfing world capitalism before the pandemic, the sheer external shock represented by the pandemic would have kept the system mired in crisis for quite a long time. The existence of an over-production crisis predating the pandemic only makes matters worse.

This is exactly what had happened in the US in the recovery from the Great Depression of the 1930s. The consumption goods sector had recovered relatively faster than the investment goods sector, as a result of Roosevelt’s New Deal, which had enlarged government spending. The recovery of the investment goods sector occurred only when there was an increase in armament expenditure in preparation for the war, which is why it is said that recovery from the Great Depression was made possible by the war.

But the New Deal had meant larger government spending, which is why at least the consumption goods sector had recovered somewhat, even before the war. Globalized finance capital today does not even allow larger government spending within any economy, either by taxing capitalists or by enlarging the fiscal deficit, the only two ways that such spending can increase aggregate demand. Therefore, even the depression in the consumption goods sector will last much longer that in the 1930s, so that, altogether, world capitalism will remain sunk in a protracted crisis for a very long time.

In an economy like India, where the government obeys the dictates of finance capital quite slavishly, the prospects of recovery are bleaker. None of the measures adopted by the government to revive the economy address the issue of demand, because the government does not understand that the crisis is because of insufficient aggregate demand.

In fact, the government measures are such that they will only aggravate the deficiency of aggregate demand, thereby worsening the crisis rather than alleviating it. As the crisis gets aggravated, however, the government will resort even more strongly to repression against the working people, and even further intensify its communal agenda.