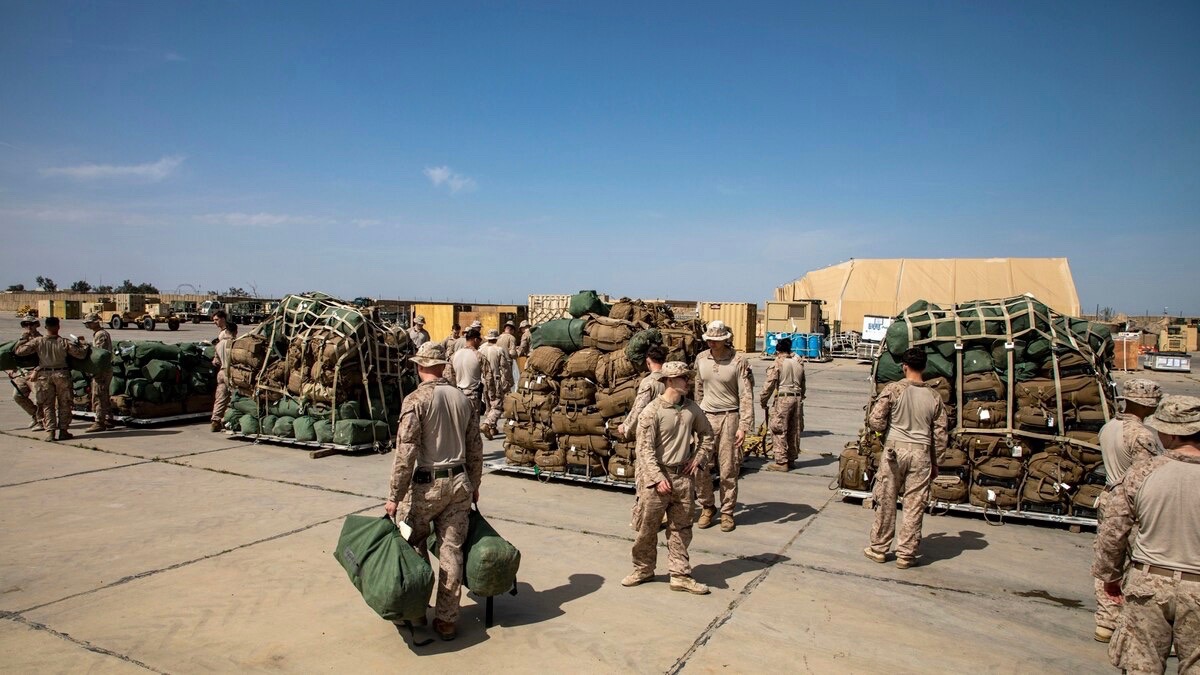 US troops being redeployed from one of its bases in Iraq.

The US military announced the withdrawal of 2,200 of its troops from Iraq on September 9, Wednesday. This will significantly reduce the total number of US troops in the country, from 5,200 to 3,000. The US administration of Donald Trump has attempted to portray the move as the fulfillment of one of his central electoral promises before the upcoming presidential elections scheduled in November.

The move was hinted a day before by a senior official in the Trump administration. Trump also mentioned it in his campaign speech on Tuesday. General Frank Makenzie, head of the US Central Command, in a statement issued to the press said that the decision was taken “in recognition of the great progress the Iraqi forces have made and in consultation and coordination with the government of Iraq and our coalition partners.” Spokesperson of the Iraqi Joint Operations Command Tehseen al-Khafali also confirmed the withdrawal.

The US and Iraq government had agreed in June this year to significantly reduce the number of US troops in the country. The US has also agreed to not having any permanent base in Iraq. However, much before the June agreement, in March, the US had started redeploying its troops from remote camps in Iraq as preparation for withdrawing them out of the country.

The move is partly due to the rising popular pressure within Iraq to withdraw all foreign troops from the country following the US assassination of Iranian General Qassim Soleimani and Iraqi commander Abu Mahdi al-Muhandis in a drone attack outside the Baghdad airport in early January this year. After the assassination, the Iraqi parliament passed a resolution asking all foreign troops to withdraw from the country.

Iran had launched massive missile attacks on the camps in Iraq where American forces were deployed to avenge the assassination of General Soleimani. Iranian leadership had declared that it would not rest until all US troops were expelled from the Middle East region. Iraqi militias also targeted US troops in numerous attacks on camps where they were stationed.

Welcoming the news of the withdrawal, American anti-war movement CODEPINK asked the Trump administration to also withdraw all the remaining US forces from Iraq in accordance with the wishes of Iraqi people. As per the CODEPINK statement, “Trump’s Iraq announcement, and the timing of it, is a recognition in this election season that the American people are sick and tired of two decades of destructive, costly, and senseless wars in the Middle East.”

The US troops were first deployed in Iraq after the invasion of 2003. Though most of the troops were gradually withdrawn by 2011, some of them were redeployed in 2014 in the name of assisting the Iraqi forces in their fight against the Islamic State of Iraq and Syria (ISIS or Daesh).

Does the US really need another oil pipeline?