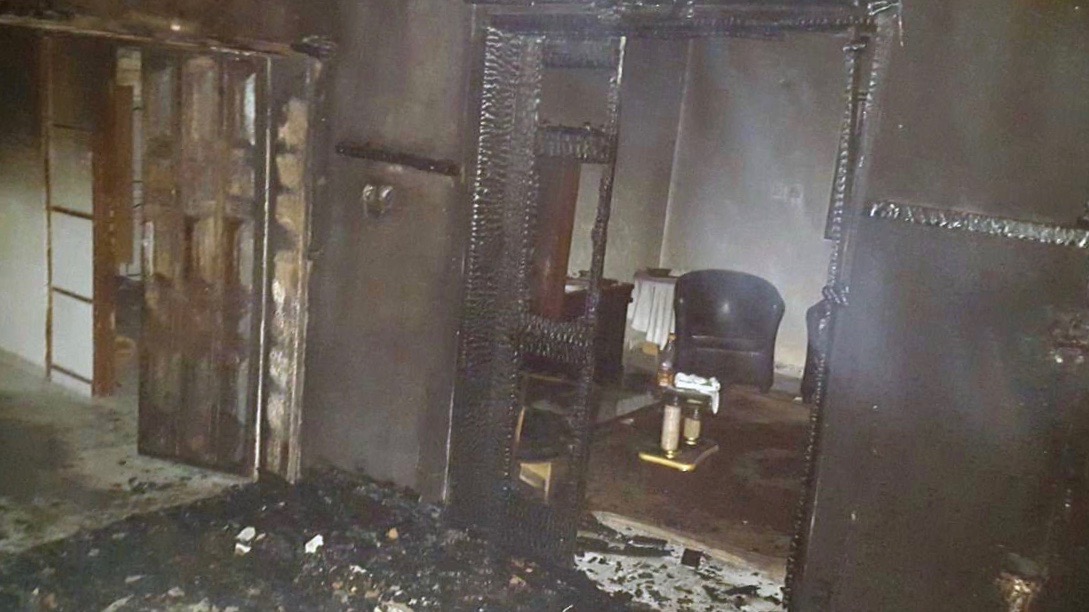 An extremist Israel settler, who in a 2015 terrorist attack killed three members of a Palestinian family, was sentenced to three life sentences by an Israeli court on Monday, September 14. 25-year-old Amiram Ben-Uliel had firebombed the Dawabsheh family home in the occupied West Bank village of Duma using Molotov cocktails, killing 18-month-old infant Ali Dawabsheh on July 31, 2015. Ali’s mother and father, Riham and Saad, later succumbed to their wounds in a hospital. The sole survivor in the attack was four-year-old Ahmad, who ended up with severe burn injuries. He had to have his ear surgically cut off due to the injuries, and is now unable to wear a mask to protect himself from COVID-19.

Ben-Uliel was convicted in May this year on three counts of murder and two counts of attempted murder. In addition to the three life sentences, he has been awarded 40 more years in prison for other criminal charges for which he was convicted, including conspiracy to commit a hate crime. However, he was acquitted of the charge of ‘belonging to a terrorist organization’ despite being a member of the ‘hilltop youth’ group, an extremist group comprising of hardline, ultranationalist Jewish settlers who claim that the land in Palestine is entitled to them by God and they have the right to settle there.

The ‘hilltop youth’ group believes that violent methods are justified to fulfill their ‘God-given’ right.  One of Ben-Uliel’s accomplices, who was a minor at the time of the attack, was convicted of being a member of a terrorist organization, as well as of conspiracy to carry out an arson attack. The accomplice has struck a plea deal with the prosecutors and is expected to be sentenced on Wednesday. As per the plea deal, the prosecutors will not ask for more than a five-and-a-half-year prison sentence.

In its judgement, the court said that the Israeli terrorist’s “actions were meticulously planned, and stemmed from the radical ideology he held and racism”, and the punishment given out to him was “close to the maximum penalty prescribed by the law.” The conviction and sentencing is exceptional since in the majority of the cases involving Israeli terrorist attacks and hate crimes against Palestinians, the culprits are either not convicted or are given very light sentences such as community service or prison terms of a few months.

The Israeli state is also accused of protecting various extremist Israeli settler groups in the occupied Palestinian territories. Settler hate crimes such as spraying extremist graffiti on Palestinian homes, mosques and churches, and attacking Palestinians with guns and arson have been known to take place regularly and are well documented by Israeli and Palestinian human rights groups. Other criminal and illegal actions undertaken by these settlers include forcibly constructing illegal outposts, trailers and makeshift homes on occupied Palestinian land near Palestinian villages and towns, and subsequently attacking and even killing local Palestinians. Even in the few occasions when Israeli army soldiers intervene, they mostly target Palestinian civilian protesters, dispersing them by firing rubber coated metal bullets and teargas. The settlers enjoy a free run under the protection of extremist right-wing Israeli politicians and ultra-conservative Jewish settler leaders and rabbis. Such elements exercise powerful influence and pressure on the government and the majority Israeli public opinion, which is overwhelmingly supremacist, right-wing, anti-Palestinian and anti-Arab.

With Abraham Accords, US and Israel seek to consolidate hegemony in the region