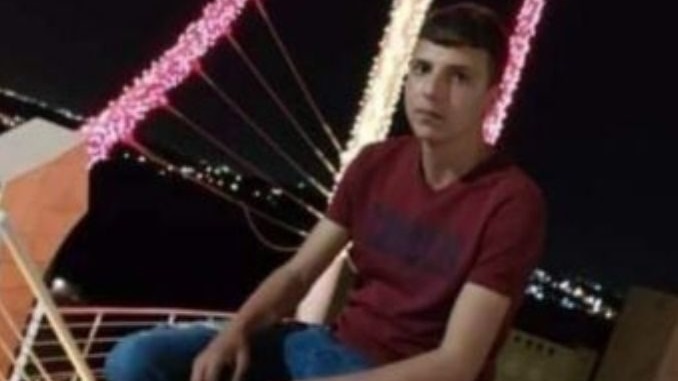 On October 26, Monday, United Nations (UN) envoy special envoy to the Middle East, Nickolay Mladenov demanded a “fair and independent” investigation into the death of a Palestinian teenager, Amer Abdul-Rahim Snobar, who was reportedly beaten to death by Israeli soldiers on Sunday.

According to several eyewitnesses, 18-year-old Amer Abdul-Rahim Snobar was caught up in a clash with the Israeli soldiers while they were raiding the Palestinian village of Turmus Ayya in the north of Ramallah. He was then singled out and beaten mercilessly for around 10 minutes by several Israeli soldiers. Snobar was later pronounced dead at a hospital in Ramallah.

An Israeli military statement released after the teenager’s death claimed that Snobar was trying to escape being caught by the soldiers when he fell and hit his head, leading to his death. The Israeli claim, however, is contradicted by the several bruise marks on Snobar’s neck, chest, and upper body, which doctors have identified as deliberate and targeted blows intended to cause injury.

Nickolay Mladenov, while speaking at the United Nations Security Council on Monday, urged “a prompt and independent investigation into the events that led to the death of the boy.” The British Consulate in occupied Jerusalem also called upon Israel to thoroughly investigate the Palestinian teenager’s death at the hands of its soldiers.

The Palestinian ministry of foreign affairs and Palestinian expatriates have demanded the formation of an international commission of inquiry to carry out investigations into the incident. In a statement released on Sunday, the ministry made it clear that “this crime reflects the extent of brutality and fascism that controls the political, security and military mentality of the ruling establishment in the occupying state, which allows the killing of Palestinians and the takeover of their land and property, in blatant disregard of all international laws, treaties and agreements, including the basic principles of human rights.”

The foreign ministry also called upon the International Criminal Court to take cognizance of the case and exercise its authority to bring to justice the perpetrators of the crime.