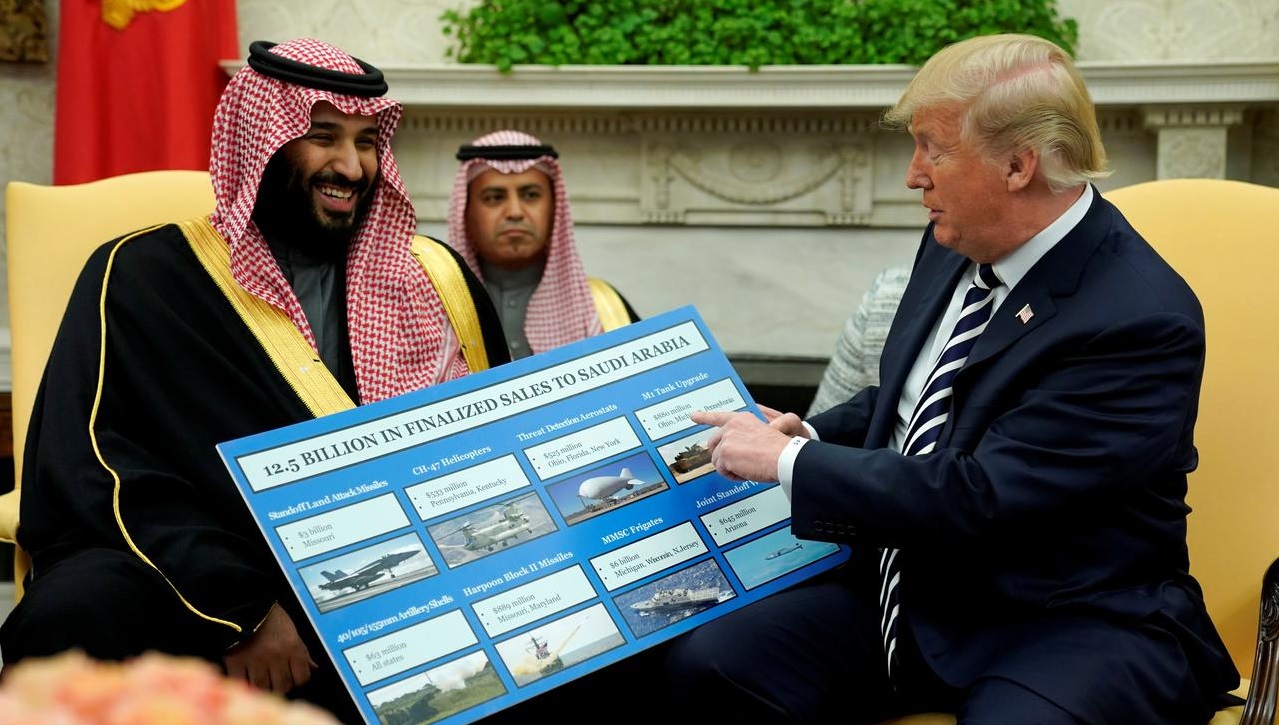 The United States will suspend the massive arms deals with Saudi Arabia and the United Arab Emirates (UAE) that were signed during the previous Trump administration. Media reports quoted US secretary of state Antony Blinken as saying that the extensive deals to sell a wide variety of advanced weapons and fighter jets will go through a review to “make sure that what is being considered is something that advances our strategic objectives and advances our foreign policy.” The announcement was welcomed by human rights groups, anti-war and peace activists and organizations, as well as some members of the United States Congress such as Ilhan Omar and Ro Khanna.

In his first press briefing as secretary of state, Blinken added that it is “typical” of any new administration to conduct such reviews on arms deals signed by the previous administration, and that “we’re also trying to make sure that we have a full understanding of any commitments that may have been made in securing those agreements, and that’s something we’re looking at right now.” US president Joe Biden had repeatedly stated his intention to re-examine the many arms deals announced by ex-president Donald Trump during his presidential election campaign and even after he won the election. The United States has been widely criticized for the longstanding military and logistical support to the various Gulf states taking part in the deadly bombing of Yemen.

The previous Trump administration had announced several arms deals, small and big, with Saudi Arabia and the UAE. The biggest of them – a $23 billion deal to sell 50 F-35 fighter jets and 18 MQ-9B Reaper drones to the UAE – was signed in the last months of the Trump administration, following the announcement of the Abraham Accords that normalized ties between Israel and the UAE and Bahrain. This arms deal made the UAE only the second country in West Asia besides Israel that was able to purchase the US fifth-generation fighter jet, the F-35. Trump administration officials said at the time that the arms deals would also serve the US strategic objective of containing and deterring Iran. The arms deal was also denounced and opposed domestically by many US senators, including Republicans, who warned that it could lead to a ‘dangerous arms race’ in the region. Secretary Blinken, in the press briefing, has also expressed the new administration’s support for the Abraham accords, but it is not yet clear if that would affect the review of the arms deals or how.

Wednesday’s news was welcomed by peace organizations and activists. The anti-war organization, CODEPINK, in a tweet on early on Thursday demanded that the deals be scrapped completely.

HUGE NEWS: The Biden administration just froze arms sales to Saudi Arabia and the UAE. @POTUS this is your chance to do the right thing and CANCEL those sales completely! The last thing our world needs is more weapons!

Scott Paul, the lead advocate on humanitarian policy for Oxfam America, in a statement, called it a critical step and implored the new president to permanently end all arms sales that could directly impact the war in Yemen and the resulting dire humanitarian situation.

The human rights and anti-war groups were joined by members of Congress Ilhan Omar and Ro Khanna, with the latter congratulating activists who have raised this issue.

Good. This is an important first step in ending our material support for war globally, and the genocide in Yemen in particular. I encourage the Biden administration to continue down this path.

Next step: an end to ALL arms sales to countries that violate human rights. https://t.co/7GDH6JRp1T

Ending the US support to the Gulf countries in Yemen has been one of the most important demands of human rights and anti-war groups over the past few years, with many US politicians also jumping on the bandwagon in light of the acute humanitarian crisis that has been caused by the coalition’s military intervention in Yemen, causing thousands of deaths and injuries, and rendering hundreds of thousands of Yemeni civilians displaced, homeless and at risk of starvation.