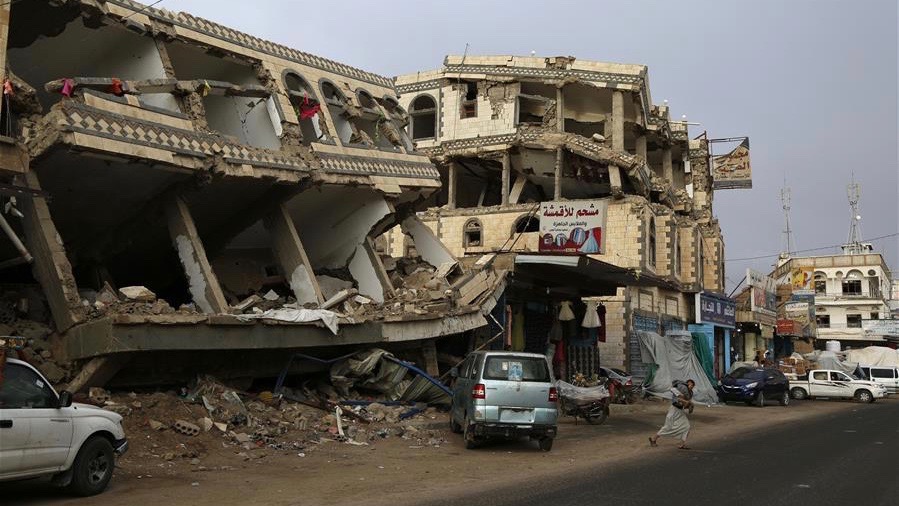 After a protracted campaign by human rights and peace groups, US president Joe Biden announced on February 5, Thursday the end of all US support for offensive operations in the Saudi Arabia-led war in Yemen. He also emphasized that his administration is working on efforts to end the war altogether.

Biden, in his first foreign policy speech as president, said that the war in Yemen, which has led to a massive humanitarian catastrophe, “has to end”, and in order to achieve that goal, the US “is ending all support for offensive operations including relevant arm sales” to Saudi Arabia and its allies.

However, Biden also emphasized that his administration will continue its support to Saudi Arabia’s defense and protect its sovereignty and territorial integrity.

The announcement to end support for Saudi-led war efforts in Yemen has been welcomed by various activists and human rights organizations who have been campaigning for the same for years. Senator Bernie Sanders welcomed the announcement in a statement, calling it a “tribute to the work of so many activists over the years.” He also said that “Yemen needs food, medicine and health care-not bombs and blockades.”

Today's announcement that the White House will end military support for the Saudi-led war in the Yemen war is a tribute to the work of so many activists over the years.

CODEPINK, which along with dozens of other organizations had written to Biden after his election victory in December to fulfill his electoral promise and announce the end of US support to the war in Yemen, welcomed the announcement in a statement. It said, “The end to American support for this war will hopefully bring some much-needed relief to the people of Yemen.” The group also underlined the need to further push the Biden administration to “help repair the damages caused by our devastating participation in this war.”

CODEPINK’s founder Medea Benjamin called the announcement the impact of “years of activism.” She however expressed her disappointment on Biden’s statements about threats to Saudi sovereignty from Houthis, saying that the US should “get the Saudis to stop bombing Yemen.”

Biden says US will continue to help Saudi defend itself from Houthi attacks on its territory. We have a good idea: Get Saudis to stop bombing Yemen and there will be no attacks from the Yemen side. Guarenteed. #YemenCantWait

Several activists have expressed apprehensions about continuing US support for Saudi defense interests, pointing that the Saudis may justify the offensive against Yemen as a defense move.

Ending US support for Saudi’s “offensive operations” in Yemen is good. But questions remain about how they define offensive vs defensive Saudi operations, which it seems they will still support. Still good news https://t.co/IhNU93LJju

The war in Yemen started in 2015 when the Saudi-led coalition, with active support from the US and other western countries, intervened with the aim of restoring the rule of exiled president Abdrabbuh Masur Hadi. Hadi had fled the country after the rebel Houthis (Ansar Allah) captured capital Sanaa and majority of the territory in Yemen after alleging his involvement in corruption. Since then, the Saudi-led coalition’s bombings and sea and land blockades have led to an acute scarcity of food, medicines, and other essential items. The war has caused the deaths of hundreds of thousands of Yemenis and forced millions into starvation. It has also led to massive destruction of infrastructure. The situation in Yemen has been described as the “world’s largest humanitarian crisis of the century” by the United Nations.

Several Democratic congresspersons in the US have welcomed Biden’s announcement, including Ilhan Omar, Rashida Tlaib and Ro Khanna, among others.