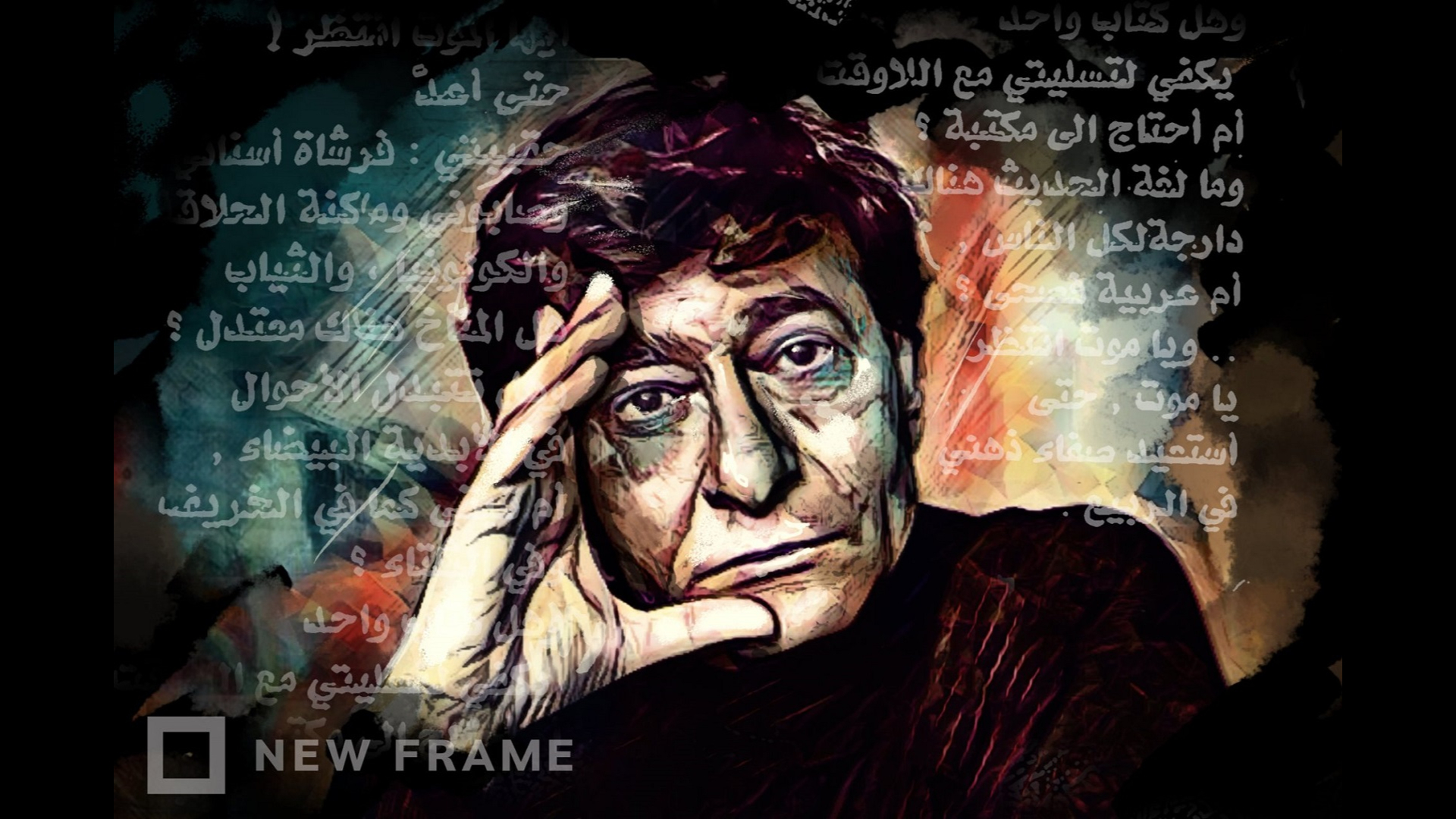 Mahmoud Darwish is one of the great poets of the 20th century. Like Pablo Neruda, he could read in a stadium: once drawing 25 000 in Beirut, a city that is, he wrote, “the smell of the sun, sea, smoke, and lemons”.

Born in the village of Al-Birweh in Galilee in 1941, his family fled to Lebanon in 1948 when their village was razed by the Israeli military during the Nakba. In his mid-60s Darwish would recall that “in one disastrous hour, history like a bold thief came through a door, and the present left by a window”.

A year after the destruction of Al-Birweh the family returned to Israel, too late to be considered Arab Israelis. His once prosperous father had to become a farm labourer. Darwish recited his first poem – a political poem – at the age of eight, and at 17 had achieved a public voice as a poet, a very political poet writing in classical Arabic style and primarily concerned with the Nakba.

In his 20s, inspired by a new generation of poets writing in Arabic, as well as poets like Arthur Rimbaud – the teenage poet of the Paris Commune for whom the poet must commit to “a long, systematic derangement of all the senses” – Darwish began to break from classical forms. For almost 40 years he would offer an extraordinarily abundant and brilliantly kaleidoscopic poetry of pomegranates, doves, gazelles, olives, salt, blood, love, lust, Jerusalem, Damascus, Andalusia, trees, butterflies, rivers, coffee, memories, dreams, home, rifles, tanks and mourning.

At 22 he fell into a heady love affair with Tamar Ben Ami, a Jewish communist:

But, of course, this love was intolerable to a racist state:

In 1965, at the age of 24, he recited a poem titled ID Card in a cinema in Nazareth. It became a sensation across the Arab world. Darwish would later be placed under house arrest when it was set to music and became a popular protest song. The poem is addressed to an Israeli police officer:

Put it on record.
I am an Arab
Working with comrades of toil in a quarry.
I have eight children
For them I wrest the loaf of bread,
The clothes and exercise books
From the rocks

In the same year Darwish joined Rakah, the Israeli communist party. His work was first published in its literary journal, Al Jadid. He soon became its editor. Darwish spoke excellent Hebrew, and read poets like Neruda and Federico García Lorca in that language. In response to criticism of A Soldier Who Dreams of White Lilies, written after the Six-Day War in 1967, he insisted: “I will continue to humanise even the enemy.”

In 1970, after repeated spells in prison, Darwish made the decision to move to Cairo where he worked for Al-Ahram, a daily newspaper. He joined the Palestine Liberation Organisation (PLO) in 1973, and was banned from entering Israel for the next 23 years. This life in exile – “a long night that stares at the water” – was lived in Cairo, Beirut, Damascus, Tunis and Paris. “I yearn”, he wrote, “for my mother’s bread and my mother’s coffee.”

The longing to “see again from our own sun, our own sunrise from our own east”, and the weight of memory “like a pomegranate … of the ruby in metaphor” was carried with a simultaneous enchantment of the present and a profusion of poetic richness. He held fast to the convictions that “an idea is a coal burning”, that “words are a country” and that, even in the most difficult circumstances, “singing in a cage is possible and so is happiness”.

Darwish liked to write in the mornings, formally dressed, preferably in a room with a window looking onto a tree, and always sustaining a militant commitment to the value of life, once writing: “We have on this earth what makes life worth living: April’s hesitation, the aroma of bread at dawn, a woman’s point of view about men, the works of Aeschylus, the beginning of love, grass on a stone, mothers living on a flute’s sigh and the invaders’ fear of memories.”

By 1977 he had sold more than a million books in Arabic. But for three years after the invasion of Lebanon and the siege and shelling of Beirut in 1982, Darwish was not able to write. That silence was broken with the long prose poem Memory for Forgetfulness, written in Paris over 90 days. The poem is set on 6 August 1982, a day of heavy Israeli shelling: “The street. Seven o’clock. The horizon is a huge egg made of steel.”

In the midst of this day – Hiroshima Day he called it – the poet turns to ordinary rituals of daily life:

I want the aroma of coffee. I need five minutes. I want a five-minute truce for the sake of coffee. I have no personal wish other than to make a cup of coffee. With this madness I define my task and my aim. All my senses are on their mark, ready at the call to propel my thirst in the direction of the one and only goal: coffee.

The poem carried a new pessimism:

In 1988, Darwish was asked to write the Palestinian Declaration of Independence. He sat on the executive committee of the PLO until 1993, when, unable to accept the Oslo Accords, he offered his resignation.

In exile Darwish became a global figure, reading in English and French as well as Arabic, and receiving a trove of prizes, although not the Nobel Prize, which many felt he had earned several times over.

Darwish was able to return to Ramallah, to what remained of Palestine, in the late 1990s where he made his life until his death in 2008. This was not a return to any kind of freedom. In March 2002, during the Second Intifada, he read to a large audience with other writers – including Wole Soyinka, Jose Saramago and Breyten Breytenbach – that he had invited to witness the occupation. Four days later Israeli tanks entered Ramallah and a cultural centre where he edited a literary review was ransacked by the Israeli military, his work left scattered and trampled on the floor.

A state of Siege, published in 2002, deals with this period in which:

This is a poetry resolved to besiege the siege, a poetry in which soldiers urinate under a tank’s guard/ and the autumn day completes its golden stroll. There are still green trees with blue shadows and life to be lived on earth, among the pines. The names of the dead may yet be written in letters of lapis.

In July 2007, Darwish lamented the Hamas takeover of Gaza, writing that “one people now have two states, two prisons who don’t greet each other. We are victims dressed in executioners’ clothing”.

Darwish died in a hospital in Houston at the age of 67 after undergoing open-heart surgery. He left more than 30 volumes of poetry, eight books of prose and, many would argue, a reputation as the greatest poet of the second half of the twentieth century.

His body was returned to Palestine. He had wanted to be buried in Galilee but even that last desire was refused. Instead, on a sunny winter morning, tens of thousands followed the funeral procession to a grave dug in the pines on Al Rabweh, a hilltop looking over Ramallah. Many recalled a few lines from the last poem that Darwish had read before his death, The Dice Player:

When the sky appears ashen
and I see a rose that has suddenly burst
out of a crack in a wall I don’t say:
The sky is ashen!
I extend my study of the rose
and say to it: What a day!

Richard Pithouse is the editor-in-chief of New Frame.