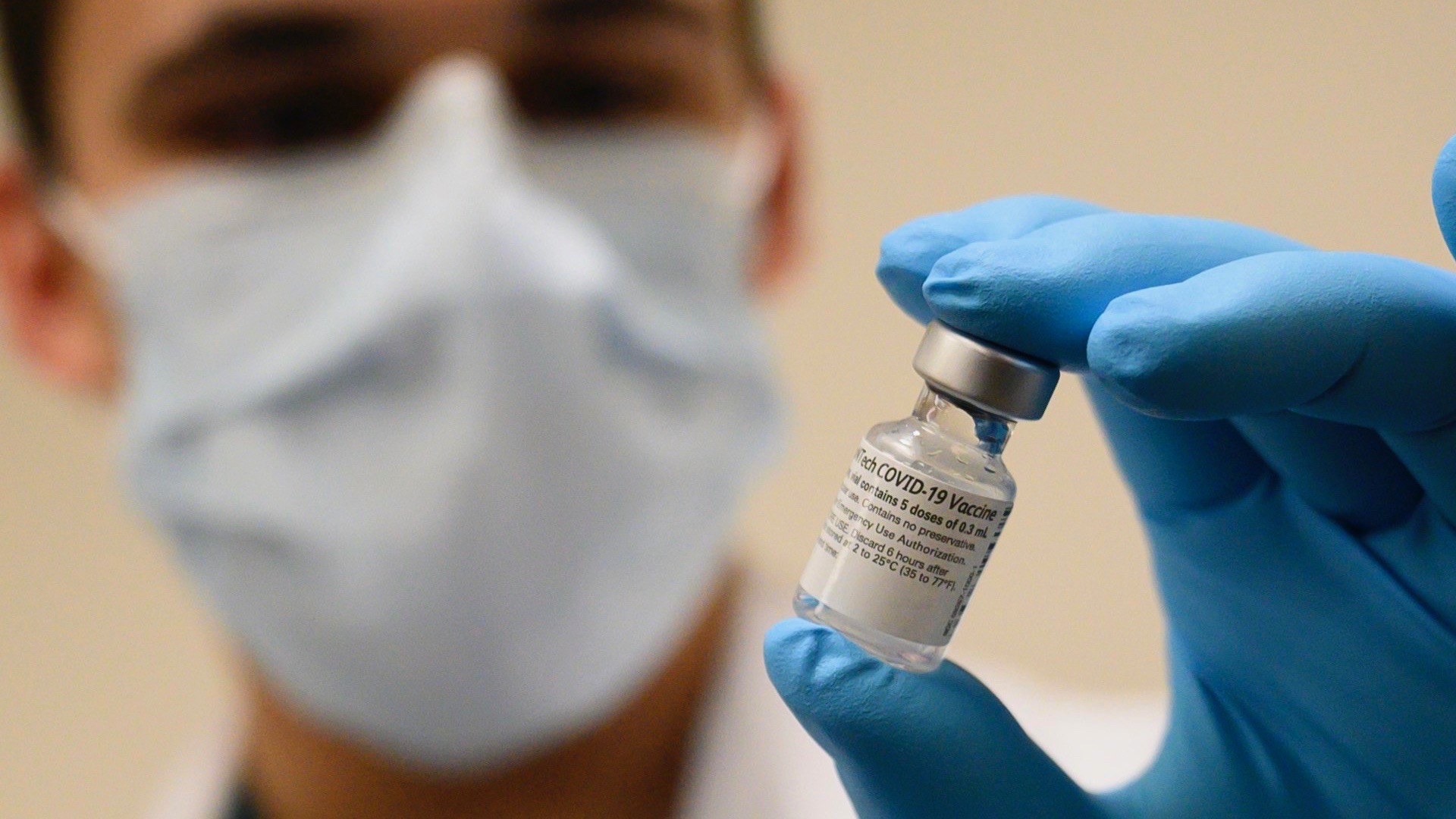 A week before their statement on March 24, a group of 60 lawmakers, mostly from the Democratic Party, pressed US President Joe Biden to agree to the proposal. The proposal was first tabled at the WTO by India and South Africa in October 2020.

The proposal calls on member countries to suspend the sections pertaining to patents, copyrights, industrial designs and trade secrets in the Trade-Related Aspects of Intellectual Property Rights (TRIPS) agreement, for medicines and instruments required to treat COVID-19 and immunize the population against it.

This will allow for the scaling up of production by making way for the capacities of the generic pharmaceutical industries in the developing countries to be utilized. This is a pressing imperative for the populations in the global south, a majority of whom will not have any significant access to the vaccine until 2023, under the current IPR regime.

Under the current IPR regime, majority of the world’s population cannot be immunized before 2024

Over half of the 12.5 billion vaccine doses the patent-holding pharma companies are planning to produce this year have already been booked by countries whose total population amounts to barely 13% of that of the world.

The Economist Intelligence Unit (EIU) estimates that while the mass of the population in the wealthier countries are likely to be immunized by mid-2022, “mass immunization will take until 2024, if it happens at all,” in the poorer economies. Estimates indicate that 2.5 million avoidable deaths is the cost these countries will have to pay for a year’s delay in immunization.

The access to immunization of the populations in these countries is further undermined by the higher costs the poorer countries are charged. “Reputedly the cheapest vaccine available, Oxford-Astra Zeneca’s is sold to EU members for around US$2 each. Although trials were done in South Africa, it still pays more than twice as much, while Uganda, even poorer, pays over four times as much!” reads a recent article in the Inter Press Service News Agency.

Its authors – former UN Assistant Secretary-General for Economic Development, Jomo Kwame Sundaram, and Anis Chowdry, a former economics professor who has held several UN positions – pointed out that the “US negotiated bulk prices, for Moderna and Pfizer-BioNTech vaccines, are.. US$15.25–19.50 per dose in several contracts, yielding 60–80% profit margins! Moderna will charge the rest of the world US$25–37 per dose.”

When India and South Africa made the proposal to overcome such barriers to mass immunization globally, “there was a poor response within the WTO, because many (developing) countries thought this may never work and the pharmaceutical companies will never share the patents,” Kavaljit Singh, the director of Public Interest Research Centre, told Peoples Dispatch.

But civil society groups and labor unions, doctors’ organizations such as the MSF and academic institutions – both in the industrially advanced western countries and the developing world – picked this up as an agenda. They have campaigned around the fact that massive public funds have been funneled into the research and development of the vaccine.

In his article in Madhyam, Singh points out that “US$19 billion of public money” has been funneled into big pharma “through various means to fund COVID-19 vaccines, therapeutics, and diagnostics between January-September 2020.”

Taking an explicit stand in favor of the proposal, the WHO Director-General, Tedros Adhanom Ghebreyesus, said earlier this month, “Many countries with vaccine manufacturing capacity can start producing their own vaccines by waiving intellectual property rights, as provided for in the TRIPS agreement. Those provisions are there for use in emergencies. If now is not a time to use them, then when?”

Support for the proposal has been increasing across the globe over the last few months. Currently over 100 members-countries, about a 2/3rd majority, predominantly from the developing world, have expressed support. Nevertheless, the implementation of the proposal requires a consensus among all the 163 members. The US, UK, EU, Canada, Australia and its allies continue to lead the charge to block the consensus.

Amid this impasse, the Ngozi Okonjo-Iweala, a dual citizen of the US and Nigeria, who became the Director-General of WTO on March 1, has proposed what she called the “third way”. Singh argues that her proposal amounts essentially to the “first way – the status quo”.

Her proposal essentially is that the WTO will convene meetings between the third world manufacturers and the big pharma to facilitate negotiations for technology transfer without waiving any of the TRIPS provisions. “That is not the task of the WTO. That is the mandate of WHO,” Singh said.

Besides, the current trade regime imposes no restrictions against such technology transfer. In fact, the TRIPS agreement does highlight in its objectives and principles the need to facilitate technology transfer in order to balance the IPR of the companies and the obligations of governments to meet the basic requirements of people.

But the operational provisions in the agreement “is loaded in favor of the owners of the technology, and the users are left in the lurch,” Biswajit Dhar, professor at the Center for Economic Studies and Planning at Jawaharlal Nehru University, told Peoples Dispatch. “There is nothing in the agreement to stop the transfer of technology, it in fact articulates the need for it. But the need for technology transfer does not mean that there will be technology transfer.”

He argues further that the very manner in which the term “transfer” is used in the WTO parlance is misleading. “Technology is a commodity. It is not transferred, it is bought and sold,” he said. And this trade facilitated under the current TRIPS regime is wired against the developing countries.

The agreement between the Serum Institute of India, the world’s largest vaccine manufacturer, and Novovax is a good example of the ‘third way.’ The agreement is to produce two billion vaccine doses. “The agreement mentions very clearly that Serum does not have the right to produce vaccine material,” Dhar pointed out. “This means we are forever dependent on the originator company for supplies.”

“Going forward, such companies in the developing world, which have the capabilities of developing and producing vaccine doses, will be hamstrung by the terms and conditions imposed by the patent owners and their home countries,” he argued.

Dhar and Singh believe that a temporary suspension of these sections in the TRIPS agreement will help ramp-up the production to the level needed to meet the needs of the global population by mid-2022.

Last week, at the conclusion of the 46th session of the UN Human Rights Council (UNHRC) on March 23, over 130 countries adopted a resolution “strongly” urging “all States to refrain from taking any economic, financial or trade measures that may adversely affect equitable, affordable, fair, timely and universal access to COVID-19 vaccines, in particular in developing countries.”

The resolution does not explicitly call for the waiver of sections in the TRIPS agreement. It however “Reaffirms the right of States to use… the flexibilities therein, as reaffirmed in the Doha Declaration on the TRIPS Agreement and Public Health, in which it is recognized that the agreement should be interpreted and implemented in a manner supportive of the right of States to protect public health, in particular to promote access to medicines for all, to facilitate access for all to COVID-19 vaccines.”

Although the operational framework in the agreement has provided little space for realization of the principles of the Doha Declaration in practice, Dhar maintained that the recognition of these principles was in itself a major victory for the developing countries, which had stood united in the WTO in the backdrop of the HIV pandemic at the turn of the century.

To build on the basis of this declaration and push for the suspension of the four sections of TRIPS is a diplomatic feat which requires a similar unity among the developing countries, which Dhar finds lacking. Brazil, which used to be a leading player in the third world’s struggle against the stranglehold of big pharma through the IPRs, has switched over entirely to the US camp under the leadership of Jair Bolsonaro.

On the other hand, India, despite co-sponsoring the proposal, has not invested sufficient political capital either, added Singh. At the Quad summit earlier this month, where the heads of states of India, US, Japan and Australia met virtually to discuss the scaling up of vaccine production in the Indo-Pacific region – essentially to contain the spread of China’s vaccine – Prime Minister Naredra Modi did not even raise a concern about the opposition to its proposal, led by the US at the WTO.

He instead announced that India and the three countries opposing its immunization imperative will get “closer than ever before.” Dhar said that India’s pursuit of the two mutually irreconcilable objectives – to get intimate with the US on the one hand and to have affordable access to the vaccine on the other – has brought Indian diplomacy to a “quandary”.

Similar is the situation in many other developing countries, whose governments, despite supporting the motion, have not mustered sufficient political will to diplomatically exert against the Western governments and its allies backing the big pharma in the WTO. Under the circumstances, the task of getting these IPR hurdles out of the way to prevent millions of avoidable deaths remains an uphill battle for civil society and unions across the world.