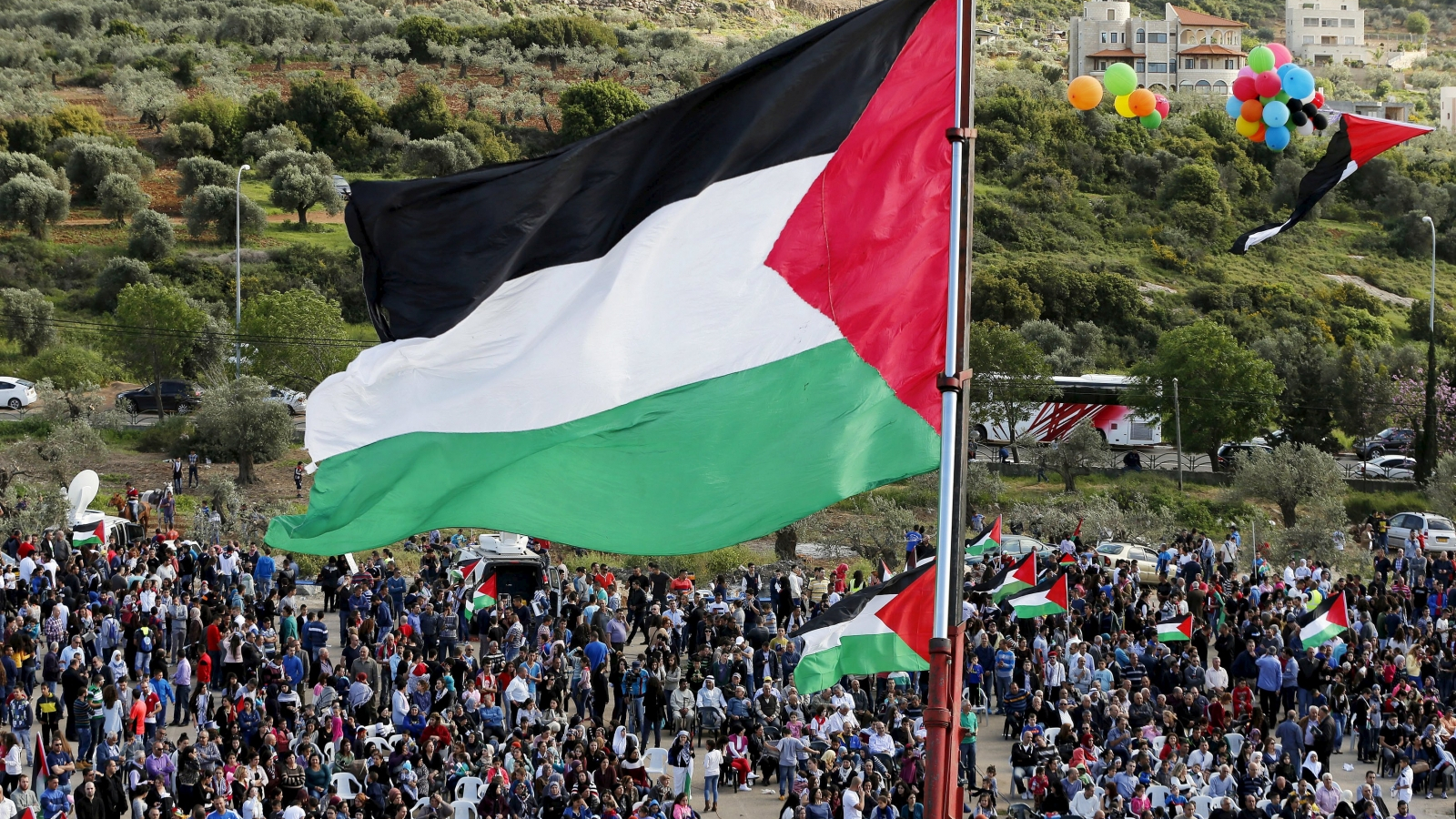 According to Palestinian Wafa News Agency some of the marches held on the morning of March 30 were forcefully disrupted by the Israeli security forces.

Palestinians mark the land day (Yom al-Ard) every year to reiterate their commitment and ownership of their lands and Palestinian refugees’ right to return to their homeland. Palestinians often hold vigils and plant olive trees as an act of collective resistance against Israeli occupation.

On this day in 1976 Israeli security forces killed six Palestinians and injured more than 100 when they fired on a demonstration against Israel’s plan to seize 21,000 dunums (2,100 hectares) of Palestinian land. The march was carried out all across historic Palestine. Every year Palestinians visit the graves of the people who have been killed by the Israeli forces while fighting against occupation on the day.

Land Day today throughout Palestine, Land Day every day in Palestine. We are the people of the land. Save the land, protect the people, preserve the narrative & revitalise the future. #FreePalestine

Hundreds of Palestinians were killed by the Israeli forces in 2018-19 when they organized several Great March of Return demonstrations starting on land day in 2018. Demonstrations were not organized last year due to the COVID-19 pandemic.

In a press statement, issued on the occasion of the Land Day, the Palestinian Central Bureau of Statistics (PCBS) highlighted the land grab by the Israeli occupation forces. According to the statement, Israel today has expropriated more than 85 percent of the land of historic Palestine in comparison to it possessing just 6.2 percent of Palestine pre-1948, Wafa reported. According to the PCBS, out of a total population of 13.7 million, only 6.8 million live in the Palestinian land today (occupied territories and Israel). Rest of the Palestinians are forced to stay in other Arab and foreign countries as refugees due to the Israeli occupier’s denial of their right to return.

Israel’s land grab has increased after the Oslo accords which divided the occupied territories into three categories A, B and C with C, which is more than 60 percent of all occupied West Bank and is the main target of illegal settlement construction by the Israeli authorities. Israeli authorities have used the land in area C to also build apartheid walls and military installations by displacing Palestinians destroying their villages, farms and orchards and other essential infrastructure.

According to PCBS at least 219 Palestinian villages have been affected by the construction of illegal apartheid walls and settlements expansion by Israel. At the same time Israel has constructed at least 316 illegal settlements and outposts inside the West Bank alone with a total population of over 688,000 settlers by the end of 2019.

In the occupied East Jerusalem, Israeli authorities have demolished hundreds of houses belonging to Palestinians and created several settlements with a settler population over 230,000. Once overwhelmingly Arab, East Jerusalem has 69 settlers for every 100 Palestinians.

The pace of new settlements and confiscation of Palestinian land by the occupation forces increased many fold in 2020 and in first few months of the current year.