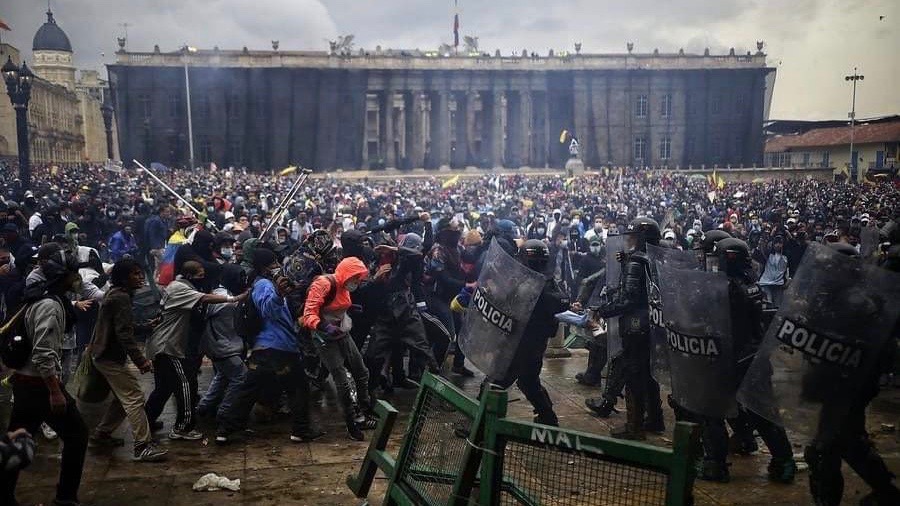 In the past five days of national strike and nationwide mobilizations across Colombia, the national security forces have unleashed an unprecedented level of repression against peaceful protesters. Photo: Congreso de los Pueblos/Twitter

In the face of the strong popular rejection, massive national strike and four days of nationwide mobilizations, on May 2, Colombian President Ivan Duque announced the withdrawal of the Sustainable Solidarity bill, a neoliberal tax reform bill that sought to make the working class pay for over 6.5 billion USD of the fiscal deficit incurred due to the COVID-19 pandemic. However, the head of the state insisted that a tax reform is vital to deal with the economic crisis and asked to urgently formulate a new bill with a consensus.

“I am asking the Congress of the Republic to withdraw the bill presented by the finance ministry and urgently process a new law that results from a consensus, and thus avoid financial uncertainty,” said Duque in a video message to the nation.

Duque said that the tax reform was meant to give “fiscal stability to the country, protect social programs for the most vulnerable and generate conditions for growth.” He revealed that in recent days, he spoke with representatives of political parties, civil society, mayors, governors and leaders of the business sector, and that they “contributed valuable ideas to achieve this financing without affecting the middle class and the most vulnerable.” He reported that there is a consensus on applying a temporary income tax to big companies and people with higher incomes, extending the wealth tax, increasing tax on dividends and deepening state austerity measures.

The trade unions, social movements and the opposition progressive political parties, which called for the national strike that began on April 28, celebrated the announcement as a victory. Nevertheless, various leaders called to remain vigilant against possible deception, highlighting that a new tax reform bill will be presented soon. Several others rejected the violent police and military repression, militarization of cities, arbitrary detentions and other human rights violations by security forces, which continue in different parts of the country, and called for their immediate cessation.

Brutal repression and militarization of cities

Several civil society and human rights organizations have denounced the unprecedented level of police-military repression and human rights violations witnessed during the 5 days of national strike in the country.

During the first two days of national strike, on April 28 and 29, the officials of the national police and the Anti-Disturbance Mobile Squadron (ESMAD) repressed various peaceful mobilizations across Colombia using tear gas. Tens of protesters were injured and dozens of others were arrested. On April 30, in the city of Cali in the Valle de Cauca Department, where a protester was killed during brutal police repression on April 28 following the removal of Spanish conqueror Sebastián de Belalcázar and a curfew was decreed by the mayor, at least eight more people were murdered by the security forces. On May 1, Duque announced the militarization of the three largest cities, the capital Bogota, Medellin and Cali, where the resistance and the demonstrations were stronger, to crack down on protests.

While the mayor of Cali Jorge Ospina supported the measure, the mayors of Bogota, Claudia Lopez, and Medellin, Daniel Quintero, rejected the militarization of their cities. Lopez stressed militarization was not required since most of the protests had been peaceful, and Quintero said that police forces were enough to keep the situation under control in the city.

According to the Temblores NGO, between April 28 and May 1, 940 cases of police violence were registered. These included 21 deaths, 92 victims of physical violence, 672 arbitrary arrests, 136 violent interventions, 12 victims with eye injuries, 30 cases of shooting with firearms and 4 victims of sexual violence. Meanwhile, the Foundation for Press Freedom (FLIP) NGO reported that 18 journalists were attacked during the mobilizations on Labor Day, on May 1.

On May 2, Senator Gustavo Bolívar of the progressive Colombia Humana party condemned the continuation of repression in various cities of the country. “Duque withdrew the reform but Uribe did not withdraw the order. Massacres continue in various parts of the country. Palmira, Faca, Bogotá report shooting against protesters and police abuse,” Bolívar wrote on Twitter.

In the tweet, Bolívar referred to the order that the leader of the far-right Democratic Center party, Alvaro Uribe, gave to the national police and military through a tweet on April 28, which was later censored by twitter, to “use their weapons to defend their integrity and to defend to the people and property from the criminal action of vandalism and terrorism.”

Senator Bolívar as well as Senator Sandra Ramírez of the Comunes Party, among various other opposition leaders, called for the resignation of finance minister Alberto Carrasquilla, who presented his resignation this morning. Social and political movements and leaders are now calling for the withdrawal of health reform bill 010 that further deepens the privatization of healthcare in the country, and the justice for the victims of police repression and prosecution of material and intellectual authors of the crimes. 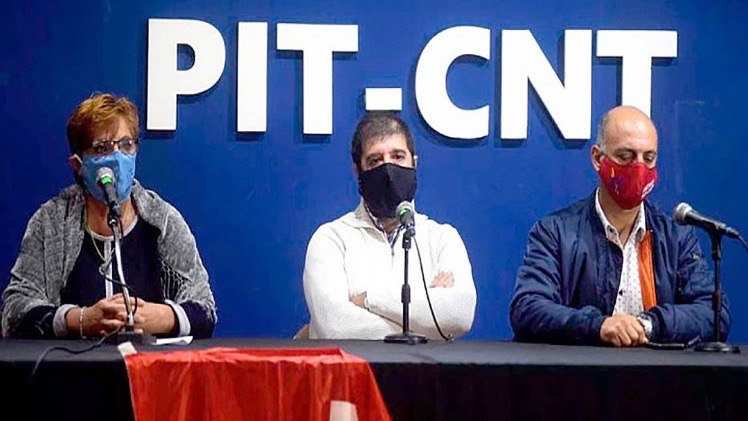 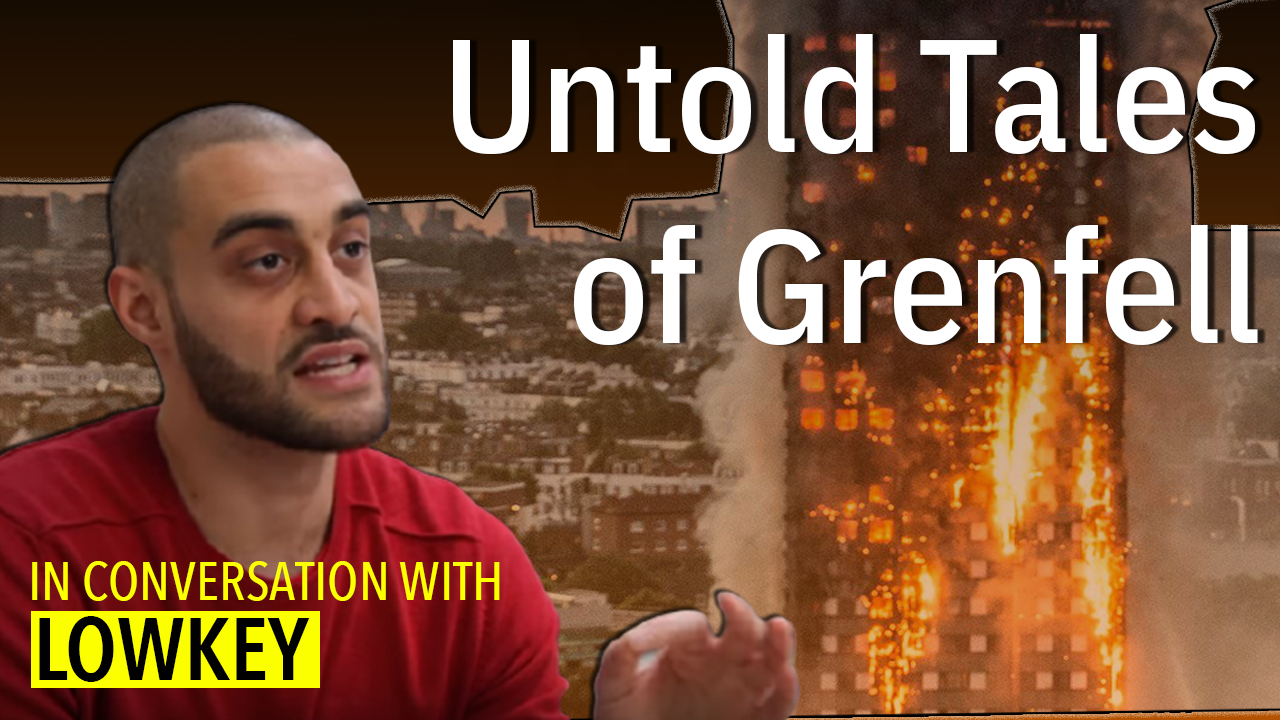 From Grenfell to Iraq to Chile: Lowkey on the necro-politics of neoliberalism