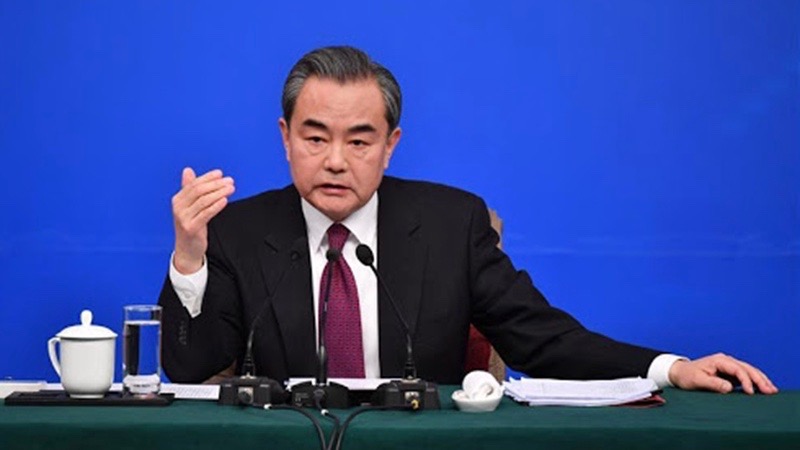 On Sunday, May 16, a second emergency meeting of the United Nations Security Council failed to bring out a formal statement on the Israeli aggression in Gaza. Chinese foreign minister Wang Yi said that failure to issue a statement was due to obstructions created by the US.

“Regrettably, simply because of the obstruction of one country, the security council hasn’t been able to speak with one voice,” Yi said during the meeting. According to Global Times, China has “already drafted a press statement in a bid to guide the council to take action.”

The US has officially supported the Israeli aggression inside Gaza, calling it Israel’s right to self defense. On May 10, after the first emergency meeting of the UNSC, the US had blocked the release of a statement proposed by Norway despite the other 14 of the 15 members supporting it. Times of Israel reported that mention of Sheikh Jarrah evictions and Israeli attempts to change the status quo on the ground were among the reasons for the US blocking the statement.

This Sunday’s meeting was chaired by China. In the virtual and open meeting, US ambassador Linda Thomas Greenfield claimed that the US is “working tirelessly through diplomatic channels” for a ceasefire. However, at the end of the meeting, there was no mention of a joint statement.

Yi called on the international community to take immediate steps to resolve the Palestine-Israel conflict. Talking to his Pakistani counterpart on Saturday, Yi emphasized that in recent years, “the Palestinian right to build an independent state has been continuously violated” and that “without a just settlement of the Palestinian issue” there cannot be true peace in the region, Global Times reported.

Russia calls for a meeting of Middle East Quartet

Russian deputy foreign minister Sergei Vershinin also addressed the UNSC meeting and asked for an urgent meeting of the Middle East Quartet. The Quartet was set up in 2002 and is composed of the UN, US, Russia and European Union to mediate the peace process between Israel and Palestine. The meeting was also addressed by UN secretary general Antonio Guterres who urged both sides to stop the fighting. Similar calls were made by the other members.

Speaking in the meeting, Palestinian foreign minister Riyad al-Maliki criticized the inaction of the international community and their failure to condemn Israeli aggression. He underlined that the Israel-Palestine conflict is not about two neighbors fighting each other but about colonialism.

Several other members, including India, supported the Palestinian cause and the two-state solution and called for a cessation of hostilities. Israeli ambassador Gilad Erdan justified the Israeli attacks on Gaza as an act of defense and called on other members to support it.

Meanwhile, Zhang Jun, China’s permanent representative at the UN, said on Sunday that as the chair of the UNSC for the month of May, China will work closely with Norway, Tunisia and other countries for the adoption of a joint statement. After Sunday’s meeting, China, Tunisia and Norway issued a joint statement expressing concern over the violence in the Palestinian territories of Gaza and East Jerusalem. It asked for immediate cessation of hostilities and protection of the international human rights of the people.

Israeli air strikes inside densely populated Gaza, now entering the second week, have killed at least 191 people, including 58 children, and injured over 1,200 others. Israeli security forces and settlers in occupied East Jerusalem and West Bank have also unleashed violence on Palestinians.