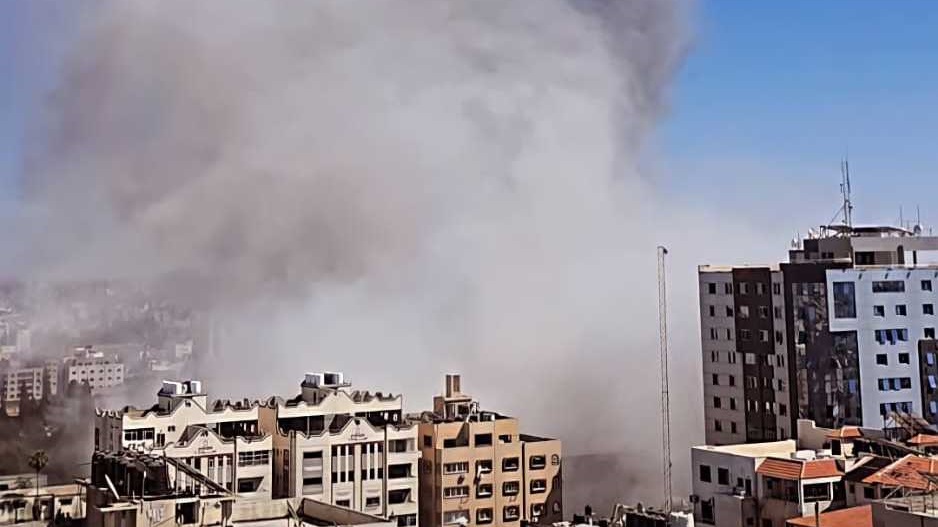 On May 27th, a special session was convened in the UN Human Rights Council, to ensure respect for “international human rights law and international humanitarian law in the Occupied Palestinian Territory, including East Jerusalem, and in Israel”. The resolution was put forward by Pakistan representing the Organization of Islamic Cooperation (OIC) in light of the recent intensification of Israeli colonial violence against Palestinians. The planned ethnic cleansing of Palestinian families in East Jerusalem’s Sheikh Jarrah neighborhood, the attacks on worshipers in the Al Aqsa mosque, as well as desecration of the mosque itself, mob attacks on Palestinians in mixed cities within what is Israel today and the 11 days of air strikes over Gaza killing over 250 Palestinians including 66 children – this escalation of Israel’s decades long settler colonial violence and apartheid has been met with protests across historic Palestine. It has also drawn solidarity for Palestinian from across the world and compelled states and institutions to take action. The special session at the UNHRC comes from this context.

A revised version of this resolution was passed and adopted by the UNHRC. As per the demand of the resolution, a permanent Commission of Inquiry will be launched

“to investigate in the Occupied Palestinian Territory, including East Jerusalem, and in Israel all alleged violations of international humanitarian law and all alleged violations and abuses of international human rights law leading up to and since 13 April 2021, and all underlying root causes of recurrent tensions, instability and protraction of conflict, including systematic discrimination and repression based on national, ethnic, racial or religious identity”

This resolution is unprecedented in many ways. Not only does it widen its scope to the “root causes” of “systemic discrimination and repression”, it is also set to investigate these violations in present-day Israel. This, therefore, acknowledges the repression of Palestinians not only on the occupied territories, but across historic Palestine. Further, it also

Such a demand, of conditioning arms trade with Israel, while popular in civil society circles, is still fresh in such institutional corridors. Within the last days, Ireland has condemned Israel’s illegal settlements in the occupied territories as de facto annexation; the French foreign minister has stated the present situation if unchanged would lead to the “risk of apartheid”. Unlike the French minister’s carefully captioned words, 700+ MPs and 10 ex-Presidents from the global south have not only recognized Israel as an apartheid state, they also demand a UN investigation into Israel’s apartheid and call for a military embargo on it. International and Israeli human rights organizations have also made the same conclusions. What Palestinians have been saying for decades, is finally becoming a mainstream position. 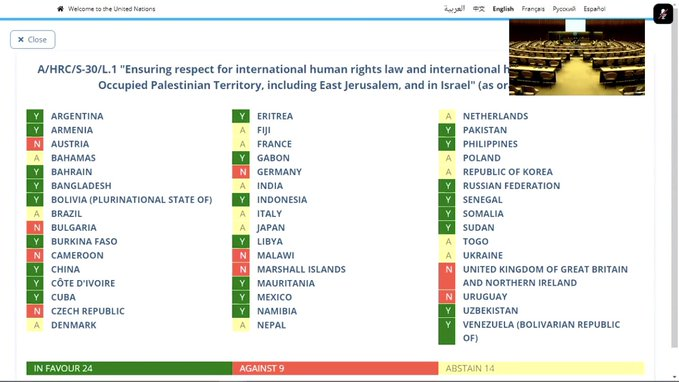 Moving in the opposite direction of this global trend is India. During the 11 days of Israeli attacks on civilian lives and infrastructure in Gaza, while Permanent Representative T. S. Tirumurti condemned the rockets from Gaza, he chose not to specifically condemn Israeli strikes leveling media houses and streets and killing civilians in the same way. In the May 27th historic special session for a commission of inquiry across historic Palestine, India abstained from voting. India chose silence, preferred to look away from lives brutally taken away and still more condemned to spend it in trauma in Gaza – the world’s largest open air prison. 11 children killed in one of these Israeli strikes were in fact receiving trauma counseling from Norwegian Refugee Council, induced by previous strikes and everyday violence in their short lives of roughly a decade or less. India abstained from a bare minimum legal inquiry into this.

In March this year, during the 46th UN Human Rights Council session, India also abstained from voting on a resolution on the human rights situation in the occupied Palestinian territories and ensuring accountability and justice. The year before, it voted in favor of a resolution criticizing Palestinian human rights violations but abstained on the one about accountability and justice. In 2015, it abstained from voting on another UNHRC resolution welcoming the Council’s report which found evidence of war crimes committed by Israel and Hamas in the 2014 massacre in Gaza and especially called for accountability of Israeli officials. Back then what had seemed like a new turn is now becoming the norm.

Much like on matters of domestic politics and policy, on the question of Palestinian rights also, the Indian establishment believes that if it repeats a lie often enough, it will eventually be believed. In 2017, Narendra Modi became the first Indian Prime Minister to visit Israel. In 2018, when he stopped by in Ramallah on his way to Abu Dhabi, we were being told India has successfully ‘dehyphenated’ its ties with Israel and Palestine, implying it can engage with them separately. We have been told this policy has nuances and has “substantial outcomes”. The only outcomes we have seen are India being the importer of about 50% of Israel’s arms, the use of Israeli spyware against activists, amendment to India’s citizenship law much like Israel’s law of return and abrogation of Kashmir’s limited autonomy, executed with a brutal crackdown, and colonial aspirations of implementing Israel’s model of illegal settlements in the region as stated by the consul general to New York City.

Withstanding a horrifying second wave of the Covid pandemic, where citizen groups seem to have replaced the state in relief work, in the last weeks Indian students, trade unionists, academics and ordinary people found ways to send their solidarity to the Palestinian people. The Palestinian call for Boycott, Divestment and Sanctions against Israel is gaining more popularity in India every day, across sections of civil society. It is with the people of India that the future of a meaningful solidarity with Palestinian liberation struggle lies. And defending that, is also a defense of the values most at stake today – secularism, democracy and equality. 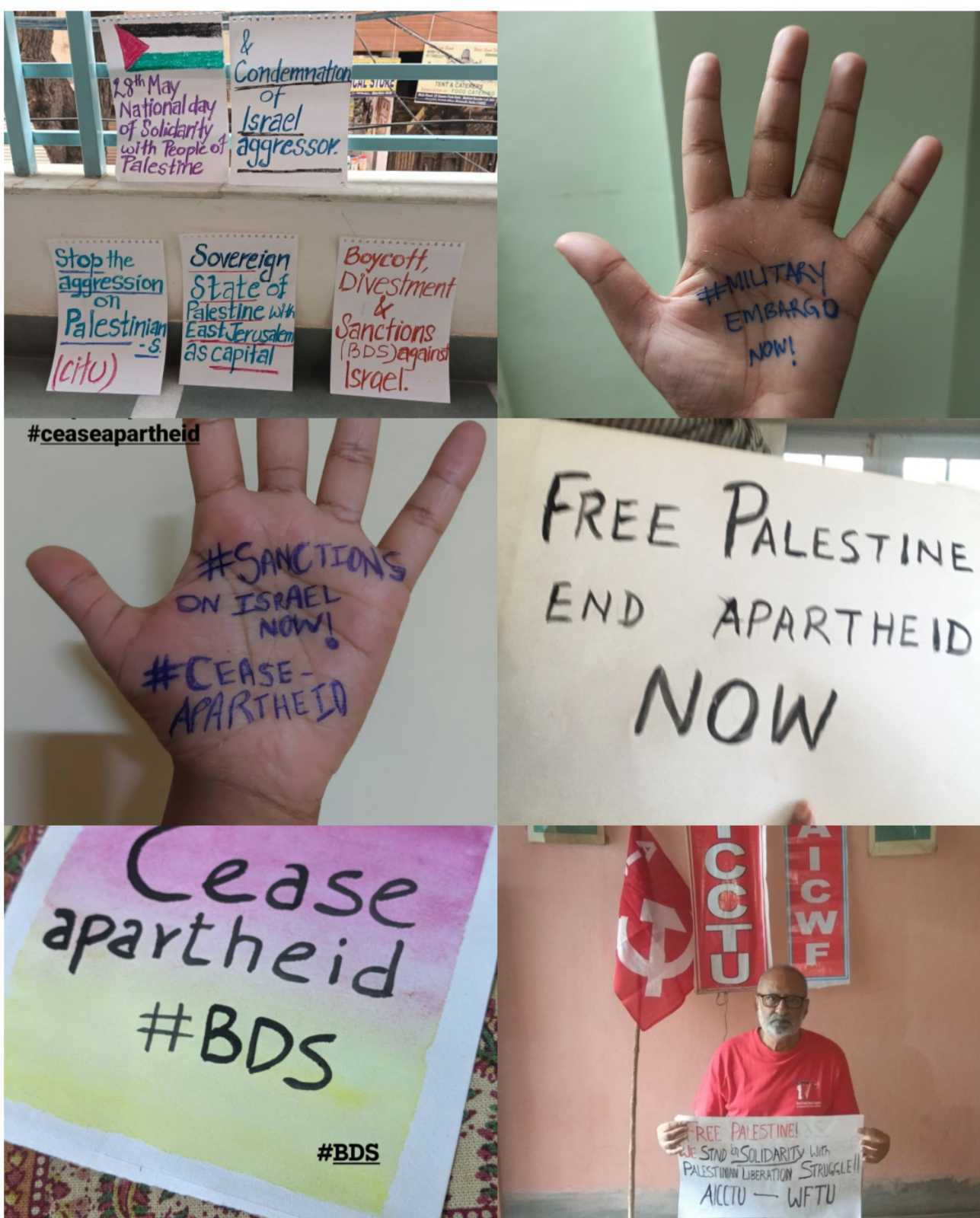 Institutions find direction and take concrete steps because people raise their voices, demanding action and accountability. The growing recognition of Israel as an apartheid state and call for action against its violations of international law and human rights comes from decades of grassroots work led by Palestinians. There are many ways to support their urgent demand for a UN investigation into Israel’s apartheid, a fair probe into Israel’s war crimes by the International Criminal Court, and targeted lawful sanctions. Let’s build Apartheid Free Zones in India, let’s build boycott campaigns and strengthen a popular support for Palestinian rights. We are under no illusion that the relationship between an occupying power and an occupied people can be “de-hyphenated”. Let’s work to help end this system of apartheid.

Pegasus and cyberweapon threats in the age of smartphones 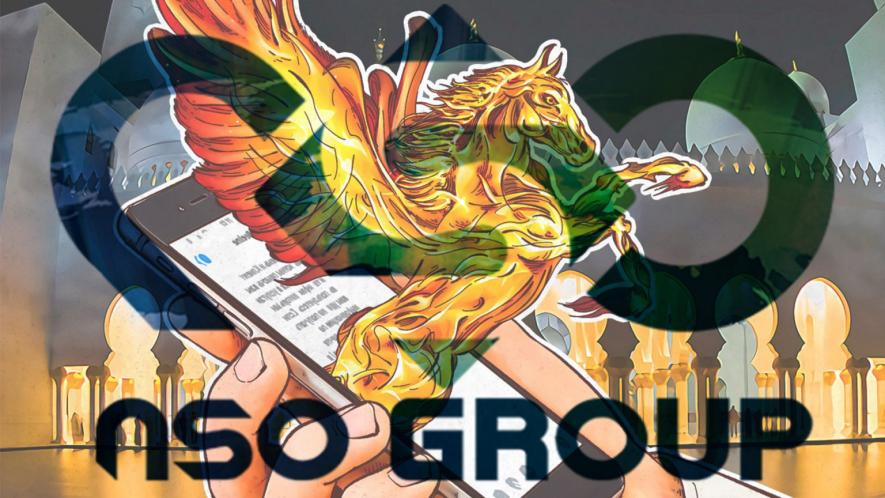 PegasusGate: We could all be deprived of free will, like Palestinians
RECENT ARTICLES