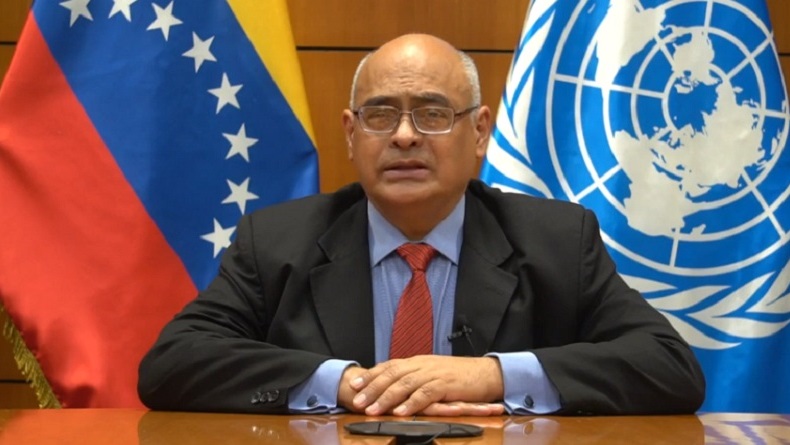 In the ongoing 74th session of World Health Assembly (WHA), several member countries drew attention to the urgent necessity to lift the unilateral coercive measures imposed on countries such as Venezuela, Cuba, Iran and Zimbabwe amid the COVID-19 pandemic. These measures place barriers on access to medical supplies, personal protective equipment and vaccines, thus constraining the ability of these countries to save the lives of those affected by the pandemic.

According to the Sanctions Kill Coalition, “Targeted countries face shortages of medication and medical equipment, including oxygen supplies and ventilators, protective kits, spare parts, software, fuel, electricity, drinking water and water for sanitation, [they] cannot use foreign assets for humanitarian imports, their citizens and medical personnel cannot get access to information about COVID-19, telemedicine or use communication and educational platforms.”

The coalition points out that “In the long- term perspective, unilateral sanctions hinder targeted countries’ ability to respond to COVID-19, to implement national response plans; result in breaches of existing regional and bilateral cooperation/integration mechanisms; make populations dependent on humanitarian aid and prevent the economic recovery of the targeted countries through the development and maintenance of necessary infrastructure. This violates labor rights, right to education, access to information, right to food and right to health of their populations.”

At least 39 countries are currently subjected to unilateral sanctions imposed by the United States and other Global North countries and institutions. Government representatives of these countries, as well as social movements and human rights organizations, have been strenuously campaigning for an end to these sanctions.

Venezuela’s Health Minister Carlos Alvarado told the WHA on Tuesday May 25, “To put an end to COVID pandemic, we need peace and need to work in harmony among our people. Which is why we demand an end to financial blockade and all coercive measures promoted unilaterally. We express solidarity with people of Palestine and Colombia who are suffering from violent repression. Unilateral measures implemented by the US and its allies make it difficult for us to access essential products to produce vaccines and this violates the right to health of our people.”

Venezuela has recorded over 230,000 cases of COVID-19 and over 2,500 deaths. The US-imposed financial and economic blockade has had a catastrophic impact on Venezuela’s economy. According to a report by the Washington Office on Latin America (WOLA), US sanctions on Venezuela’s oil sector and financial transactions since 2017 have caused the country to lose between $17 billion and $31 billion in revenue. The loss in GDP has a direct impact on the state’s ability to import essential items and fund key programs. During the pandemic, this has directly affected the state’s ability to take care of its people. The country has received vaccines from China and Russia. However, its  payment to the COVAX initiative got delayed due to the country’s financial challenges, affecting its effort to advance the mass inoculation process.

In the meeting of the Ministers of Health of the NAM (Non-Aligned Movement) countries organized in the context of WHA, Health Minister Alvarado also commented that “the dominant, capitalist healthcare model where health is seen as a good which you only have the right to if you pay, is clearly reflected in the inequality of access to vaccines and other necessary supplies to combat the pandemic as it has been raised by [WHO Director General] Dr. Tedros Adhanom Ghebreyesus.”

In this meeting, Cuban health minister José Angel Portal Miranda echoed the demand to lift the sanctions and explained the complicated situation faced by his country, “The intensification of the unjust economic, commercial, and financial blockade imposed by the US government, alongside the deliberate application of inhuman unilateral coercive measures, impedes access to essential resources for the development of medicine and supplies that support the fight against the virus.”

However, Portal Miranda pointed out that “Amid this suffocating economic war and other challenges that demand huge effort from the government and the healthcare sector, nothing has stopped us from implementing actions with the objective of protecting the life of all of our people.”

Cuba is the only country in Latin America and the Caribbean region to develop vaccines to combat the COVID-19 virus. It is also the country in the region that has best combated and contained the spread of the pandemic, despite the suffocating blockade. Portal Miranda credits the success of Cuba to efforts over the 60 years of the revolution wherein the country has “sustained a healthcare system that is public, universal, free and accessible to 100% of the population.”

The representative from Iran also took a strong stance against blockade measures. “We call upon all member states, the WHO, and regional and global organizations to stand against such unlawful measures to ensure rapid comprehensive coordinated global fight against COVID-19,” he said.

Iran too suffered due to the coercive measures imposed by the US administration last year. Attempts by the Word Health Organization to get testing kits delivered to Iran from the United Arab Emirates ran into trouble due to “flight restrictions.” The UAE had to send the kits on a military transport plane. Similarly, an app to help the Iranian population during the pandemic was removed by Google from its App Store due to US sanctions.

Inhibiting a country’s capacity to take care of its own population affected by the COVID-19 pandemic has global implications. As it has been reiterated throughout the Assembly, there is no way to end the pandemic if all countries are not able to contain it. The onus is clearly on the US and its allies to respond to the collective demand and lift the sanctions.