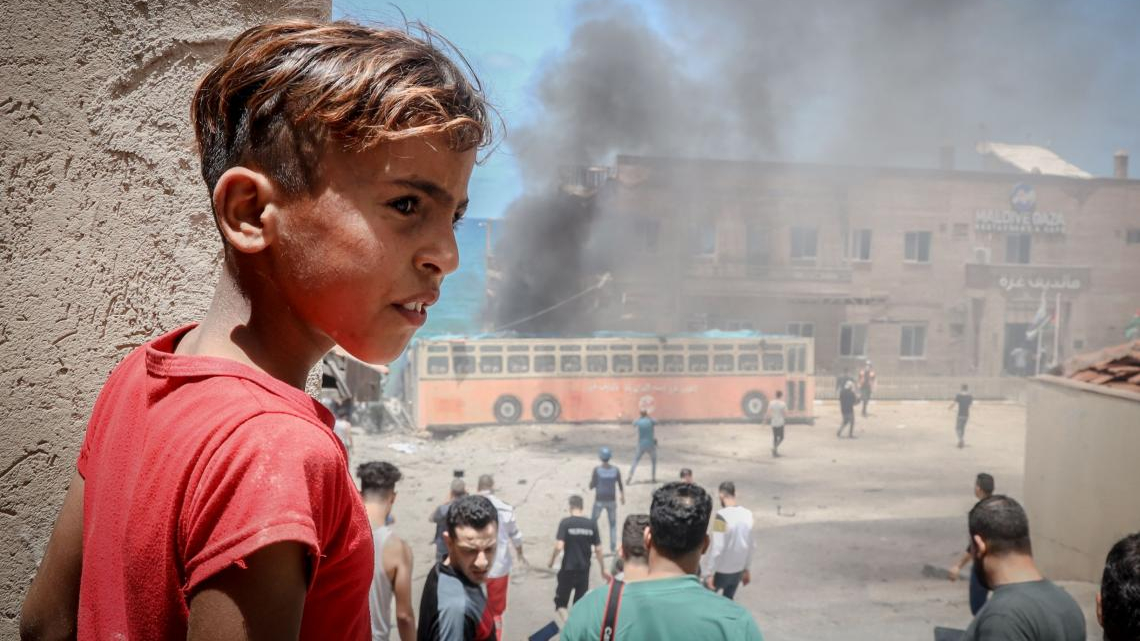 The United Nations secretary general released the annual report on Children and Armed Conflict on Monday, June 21. The report recorded that an alarmingly high number of children (19,379) were subjected to grave violations of their rights in 2020 with the COVID-19 pandemic increasing their vulnerability. Close to 2,700 children were killed. Though the report indicts most of the forces involved in the conflict and wars in Asia, Africa and Latin America, rights groups have pointed out that some major violators are missing from the ‘list of shame.’ These include Israel and the Saudi-led coalition in Yemen.

🔴Armed conflicts continue to have a devastating impact on children.

The number of grave violations verified in 2020 remained high & the #COVID-19 pandemic has further exacerbated the vulnerability of boys & girls.

According to the report, children in war and conflict zones have been subjected to various violations, including recruitment, abduction, killing and various forms of sexual violence. The UN said it verified a total of 26,425 violations last year. Most violations were recorded in Afghanistan, Democratic Republic of Congo, Somalia, Syria and Myanmar where both government and opposition forces were found to be perpetrators. The year 2020 also saw a massive jump in the verified cases of abduction and sexual violence against children by over 90 and 70 percent respectively.

While presenting the report in an online press conference, Virginia Gamba, the secretary general’s special representative on CAAC said, “The wars of adults have taken away the childhood of millions of boys and girls again in 2020. This is completely devastating for them, but also for the entire communities they live in, and destroys chances for a sustainable peace.”

The report notes that, COVID-19 pandemic “aggravated existing vulnerabilities of children, including by hampering their access to education, health and social services, limiting child protection activities and shrinking safe spaces.”

Reacting to the report, Save the Children issued a statement on Monday in which it highlighted the absence of some crucial names in the list of countries and players considered to be the violators of the children’s rights. The list, a part of the report, does not have the names of Israel, the Saudi-led coalition in Yemen and various parties to the war in Afghanistan, among others. The statement says that, “it is disheartening” that the UN secretary general failed to include these names despite several verified cases of violations. According to the statement, the Saudi-led coalition was found guilty of violations of rights of at least 194 children in 2020 in Yemen.

According to Al Jazeera, Israel was not included in the ‘list of shame’ despite 1,031 verified cases of violations against 340 Palestinians and three Israeli children in the occupied territories and Israel. Israeli forces killed at least eight Palestinian children last year and arrested several of them and placed them behind bars in complete violation of their rights under the Conventions on the Rights of Child. This year, the Israeli bombing in Gaza has led to the death of at least 66 children.

Urging the UN secretary general to reconsider his decision and include all the violators of the child rights in the report the CEO of the Save the Children Inger Ashing said, “The decision to include an armed actor in the list of shame should be based only on a pattern of grave violations against children verified by the UN, not on politics.”