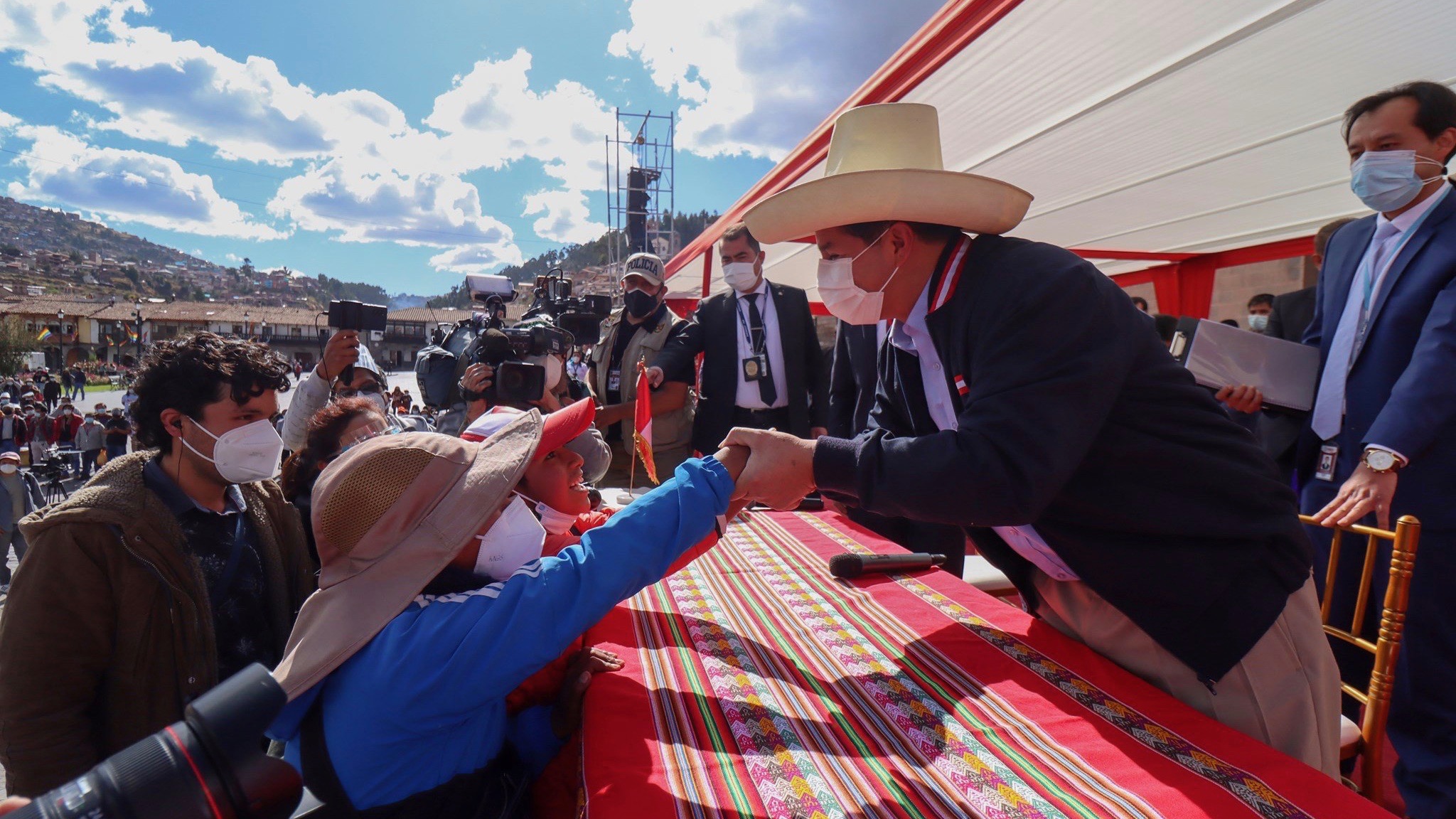 Pedro Castillo of the left-wing Free Peru party won the second round of presidential elections held in Peru on June 6. According to the official vote count by the National Office of Electoral Processes (ONPE) that concluded on June 15, with 100% of the votes counted, Castillo secured 50.125% of the votes, while his opponent Keiko Fujimori of the far-right Popular Force party obtained 49.875% of the votes. The left candidate received 44,058 more votes than the capitalist candidate. However, the National Jury of Elections (JNE) has not yet proclaimed Castillo as winner.

For the past two weeks, the JNE has been resolving the numerous appeals for annulment of votes raised by Fujimori in Indigenous regions, where Castillo won with huge margins of votes, alleging irregularities and fraud. The daughter of former dictator Alberto Fujimori has not only refused to concede defeat and has waged a legal war against Castillo, but has also created a climate of conflict and tension in the country. Her supporters have been demonstrating in the streets calling on the national security forces to intervene. Various conservative politicians and former military chiefs allied to Fujimorismo have also called on armed forces to refuse recognizing Castillo’s victory.

On June 26, the Prosecutor’s Office initiated an investigation against at least 23 retired army generals, 22 retired navy vice admirals and 18 retired air force lieutenant generals, who signed a letter addressed to the commanders of the Armed Forces not to respect the results of the ongoing electoral process and act against the Constitution.

The attempts to derail the elections are not limited to the allegations of electoral fraud and the calls for coup d’état. The members of the electoral authorities have also been attacked and threatened.

On June 27, the Prosecutor’s Office in Lima asked the police to patrol around the house of the JNE’s president, Jorge Salas Arenas, in the light of the threats and harassment that he has been suffering from supporters of Keiko Fujimori. The Prosecutor’s Office reported that the decision was taken “to prevent the possible commission of crimes against freedom, public tranquility, public safety, property, among others”, due to the protests and sit-ins that have been organized in front of Salas’ house by the supporters of Popular Force, and due to the screenshot of a WhatsApp message, circulating on social media, in which a person threatens to kidnap Salas.

Likewise, on June 27, the president of the ONPE, Piero Corvetto, denounced on his twitter account that he was physically and verbally attacked by a man in the Regatas Club in Lima. After this complaint, the Peruvian Public Ministry opened an investigation into the facts and the Prosecutor’s Office carried out actions at the club’s premises to identify the aggressor.

Threats and attacks followed after Salas requested the Prosecutor’s Office to investigate the audios released in connection with bribing the judges. On June 24, former legislator Fernando Olivera posted some audios and videos on social networks, in which Vladimiro Montesinos, the former head of intelligence during the Fujimori’s dictatorship, was heard coordinating the plan to bribe three of the judges of the JNE to obtain resolutions in favor of Keiko Fujimori. According to the reports by the Ministry of Defense and the National Penitentiary Institute (INPE), Montesinos called Peruvian Army Commander Pedro Rejas Tataje, Fujimori’s trusted man, at least 17 times between June 10 and 23, from the Callao Naval Base jail, where is imprisoned.

According to the recording of the call between Montesinos and Rejas on June 23, the payment of bribes to the members of the JNE was their “plan B” to help Keiko Fujimori reverse the results. Their “plan A” was to encourage a pronouncement of an alleged electoral fraud by the United States government, based on alleged evidence that would be delivered by Fujimori’s husband, Mark Vito Villanella, to the US diplomatic minister.

Additionally, on June 23, after the JNE rejected ten appeals presented by Fujimori, one of the members of the JNE and a known supporter of Fujimori, Luis Arce Cordova, presented his resignation from the position. The resignation was meant to leave the court without a quorum and thus obstruct the proclamation of Castillo’s victory. On June 24, the JNE resolved to suspend Arce Córdova due to a conflict of interest in favor of Fujimori. On June 25, prosecutor Víctor Rodríguez Monteza was appointed as a new member of the JNE. On June 28, the JNE resumed the reviewing process after four days and dismissed ten more appeals. So far, the JNE hasn’t declared any of the reviewed appeals as founded.

Fujimori’s legal team has not presented evidence of the alleged electoral fraud, but it claims that the signatures of the polling station authorities were “substituted.” In contrast to these claims, 36 board members signed affidavits, denying that their signatures were forged. International observers have also stated that they found the elections clean.

Many political experts have condemned these maneuvers as attempts to delay the proclamation of the results, so that there is no inauguration and the parliament is forced to call for new elections. According to the law, a new president must be proclaimed by July 28. If this does not happen, the elections will be automatically annulled and the parliament will meet to elect an interim president and call for new elections. The right-wing forces have a majority in the Congress, and it is certain that they will elect one of their own, thereby invalidating Castillo’s victory and consolidating a coup against him.

Fujimori has been trying all means to steal Castillo’s victory. On June 28, she played her last card to avoid his victory. She went to the Government Palace and delivered a letter addressed to President Francisco Sagasti, requesting him to ask the Organization of American States (OAS) for an international audit of the second round. The Secretary General of the OAS, Luis Almagro, is infamous in the region for interfering in the internal affairs of the countries and promoting the US imperialist interests. He is accused of playing a key role in the coup d’etat against Bolivian President Evo Morales in 2019, alleging that an electoral fraud had happened in the general elections, when the socialist president won the presidency for a fourth time.

Progressive political and social leaders and organizations, such as the Puebla Group, have expressed their solidarity with Castillo and have called on the opposition to respect the results and the will of the Peruvian people. 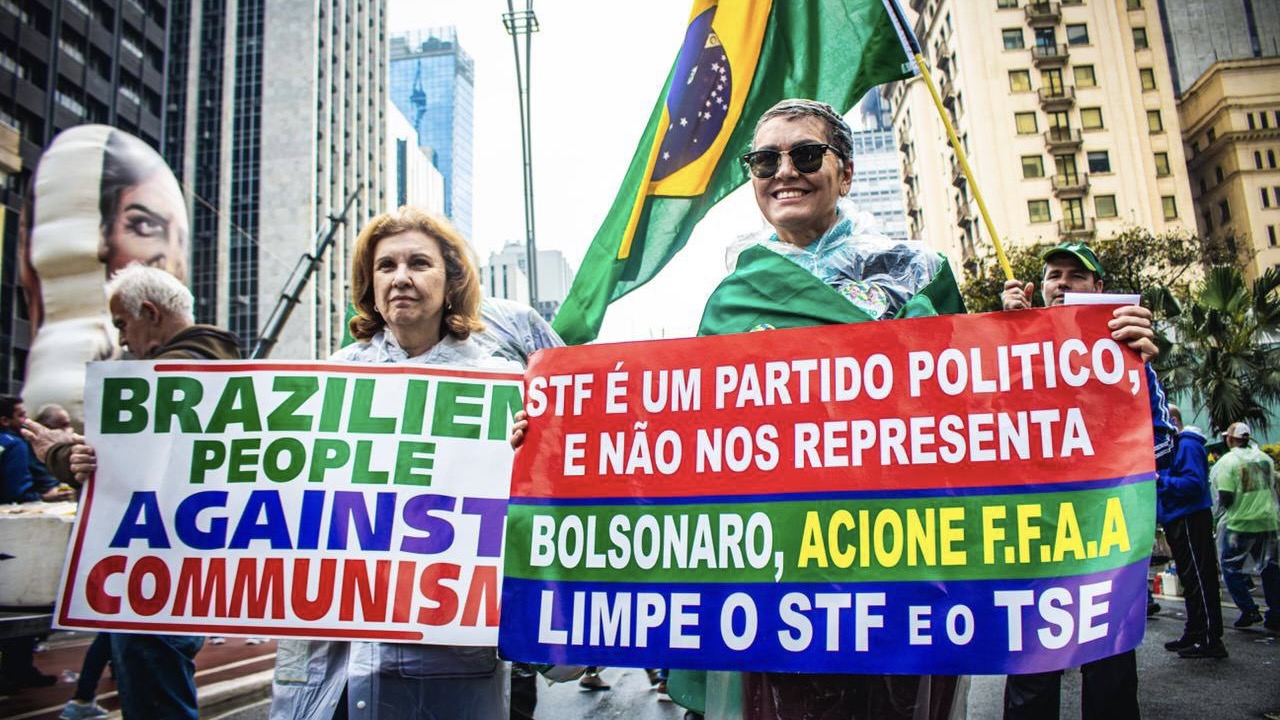