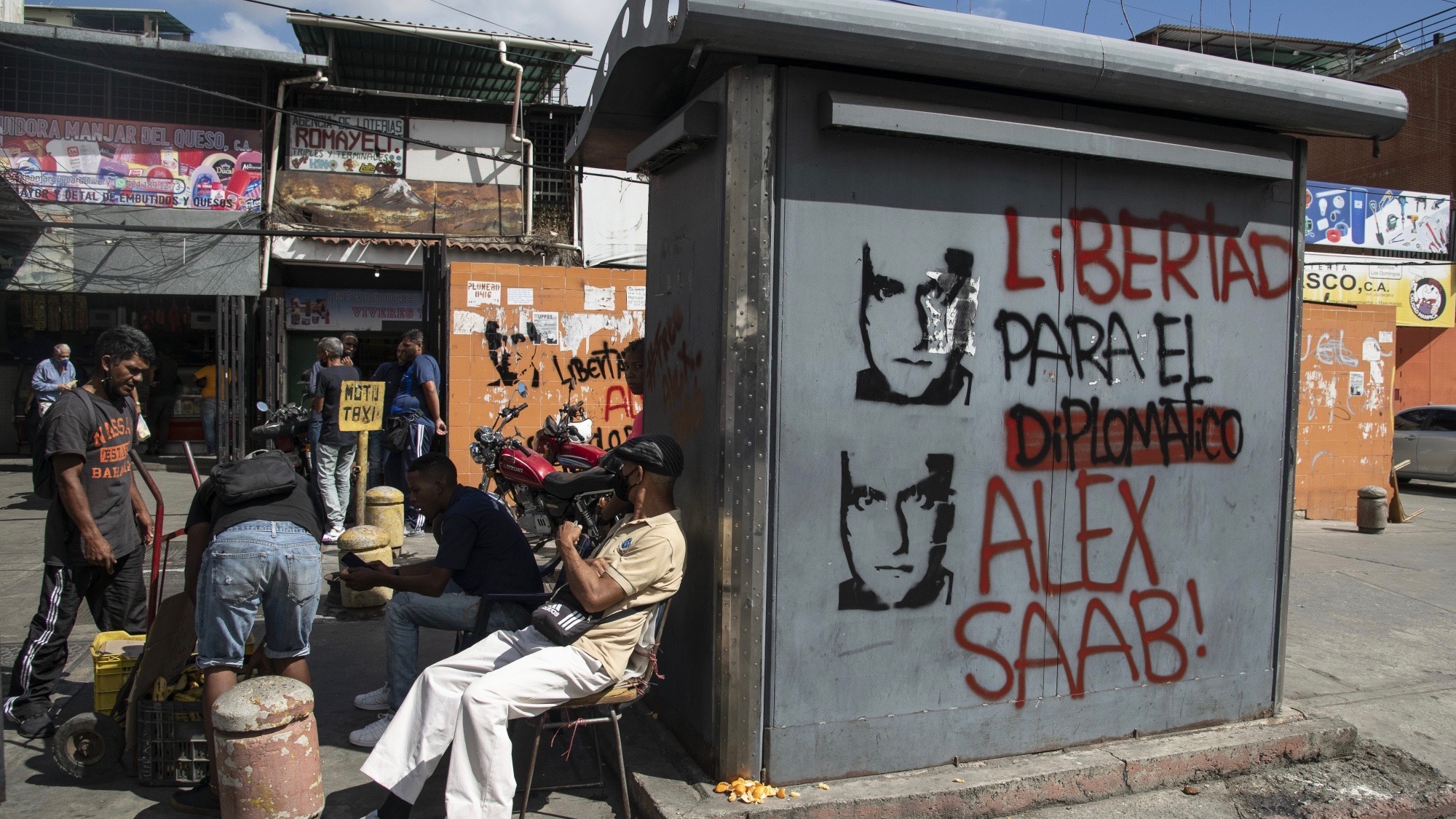 On March 18, The Cape Verde Supreme Court approved the extradition of Venezuelan government envoy Alex Saab to the United States. Saab was en route to Iran to secure food and medicine deals for Venezuelan public programs last year when he was arrested in Cape Verde, at the request of the US government under Donald Trump. He has been imprisoned in Cape Verde since June 2020. Saab is appealing the extradition.

The arrest of Saab is part of the US government’s larger attack on Venezuela’s CLAP (Local Committees for Supply and Production) food distribution program. It is also a blatant violation of national sovereignty spanning several continents as the US demands the right to arrest anyone, anywhere, for pursuing economic development free of US dictates.

Saab was arrested on June 12, 2020 while his plane was on a refueling stop at the Amilcar Cabral International Airport on the island of Sal. He was operating on official diplomatic business and should have enjoyed diplomatic immunity so that he could negotiate trade deals freely on behalf of two sovereign governments.

Saab said of his arrest, “I have been a diplomat since April 2018 as a special envoy of Venezuela for Russia and Iran with diplomatic inviolability and immunity and I demand my immediate release … I was going to Iran on an official visit in search of food, medicine and gasoline to alleviate a crisis worsened by the empire[.]”

The Venezuelan government confirmed that Saab was working in an official capacity for the government, “destined to guarantee the right to food, healthcare and other basic fundamental rights of the people of Venezuela.”

Saab’s arrest came not at the request of local officials, nor officials in Venezuela or Iran, but at the request of the United States and with the muscle of the France-based agency Interpol. Interpol attempted to justify the arrest post-facto by issuing a “red notice” about Saab on June 13, one day after his arrest.

The Trump administration, which initiated several coup attempts against the Venezuelan government, insisted that Saab was running a “vast corruption network” related to Venezuela’s CLAP program. However, no evidence of this corruption has ever been presented.

As of last September, after three months in custody, Saab was alleging that he was being tortured daily by US officials to force him to sign his own extradition and make false statements against the Venezuelan government.

The March 2021 ruling by the Cape Verde Supreme Court brings Saab one step closer to being extradited to the US The Biden administration, which continues to recognize the Trump administration’s failed coup leaders as the “legitimate” government of Venezuela, is not likely to recognize international law regarding diplomacy. They have made no attempt to reverse Saab’s extradition.

By overseeing the extraterritorial sanctions, arrest and torture of Venezuelan diplomats en route to trade destinations, the United States is seeking to destroy the CLAP program that has allowed Venezuela to survive the US economic war on the country.

A 2019 Center for Economic Policy Research (CEPR) report found that US sanctions had killed at least 40,000 Venezuelans by depriving them of food, medicine, medical equipment and other imports. The report also determined that US sanctions “would fit the definition of collective punishment of the civilian population as described in both the Geneva and Hague international conventions, to which the US is a signatory.”

The 2017 sanctions were identified as the “main shock” that caused hyperinflation beginning at the end of that year. The United States used the economic crisis their own sanctions caused as a pretense to support far right wing insurgents, who led a campaign of violence culminating in the 2019 coup attempt by Juan Guaidó and the Trump administration.

Despite the challenges, the Venezuelan government has not only continued CLAP, but expanded it. 7 million families out of a population of 30 million people receive monthly boxes of food from the government. Cornflour, cooking oil, rice, beans, pasta and other staples ensure that Venezuelans can afford to feed their families even as US sanctions seek to make these foods unavailable.

The CLAP program is one of many public food, health and housing programs that have lifted the Venezuelan people out of the extreme poverty that characterized the pre-Chavez period of extreme austerity. It was founded in 2016 as a response to Obama-era sanctions.

The Trump administration began passing increasingly devastating sanctions on the CLAP program in 2019, targeting 13 companies and 10 individuals alleged to have aided the program in some way. In addition to destroying Venezuela’s economy, Trump – and now Biden – are directly attempting to prevent even the basic import of food and medicine.

Neither Trump nor Biden has demonstrated evidence of a “vast corruption network” related to the CLAP program. But the accusations they often repeat – price gouging essential items, securing lucrative government contracts based on personal connections, and using food as a political weapon – sound like pure projection. All of these are standard business practices and accepted foreign policy within the United States.

US extraterritoriality – global reach of empire

The United States stands alone in its flagrant violation of international law. American officials dole out sanctions as collective punishment almost reflexively, with so little mainstream criticism that it is often passed off as a bipartisan procedural adjustment. Under the flimsy guise of “humanitarianism,” the US government decides which countries are worthy of importing food and medicine. Under a similar pretense of defending “freedom,” the United States decides which countries, individuals and companies are allowed to engage in free trade for the mutual benefit of their people. American officials decide which governments are too “corrupt” to be allowed to conduct their own business, using metrics that American corporations and government bodies would never meet.

The arrest and pending extradition of Alex Saab is meant as a warning to anyone who would defy US hegemony: anywhere in the world they travel, they can be captured and sent to the heart of global empire for any reason Washington concocts.