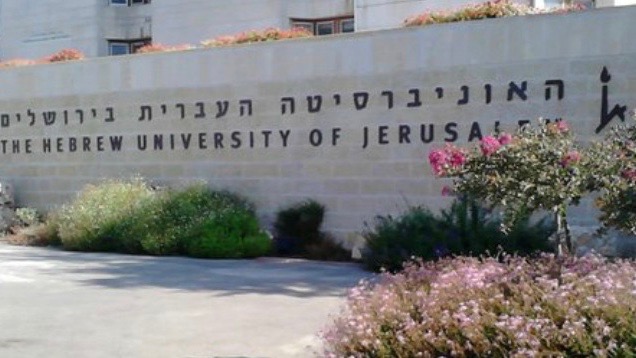 As many as 160 academics in a letter urged the European Commission to stop funding research to Israeli universities that are complicit in violation of international law through a EU research funding program worth more than $100 billion. The letter states that unless Israeli academic institutions meet the funding guidelines and requirements in terms of respecting international law and human rights, the EU should “exercise its leverage” and revoke funding from programs such as Horizon 2020 and Horizon Europe. The academics from 21 different countries noted that Israeli universities and other academic institutions actively partner and collaborate with Israeli military and weapons manufacturers in terms of military strategy and technology and are therefore complicit in the occupation, displacement, war crimes and other forms of violence against Palestinians living in the occupied Palestinian territories.

The letter lists the indiscriminate and large-scale Israeli violence and war crimes in the occupied West Bank, East Jerusalem and the blockaded Gaza strip in recent months, such as the attempts to ethnically cleanse Palestinians from the East Jerusalem neighborhood of Sheikh Jarrah, the violent raids on the Al-Aqsa mosque compound, and the 11-day bombing campaign of Gaza in May. The assault on Gaza ended up killing more than 240 Palestinians, including 66 children, injuring close to 2,000 and displacing 52,000 others.

It also cites sources and documentation from human rights organizations, United Nations, and others as evidence to support their demand for the EU to withdraw funding. It acknowledges that the European Commission “has already taken a principled position and its funding guidelines for Horizon 2020 prohibit the allocation of funds to Israeli entities situated in the Occupied Palestinian Territory, or for research carried out there.” This is in line with international law, in accordance with which the EU does not recognize “Israeli sovereignty over the territories occupied by Israel since June 1967.”

In the aftermath of the bombing of Gaza, Israel also persecuted its own Palestinian citizens who had staged protests, culminating in the arrests of close to 1,800 Palestinians. While commending the EU for its position vis-a vis-the occupied Palestinian territories, the letter asks the EU to go further, saying, “we believe that, given the emerging consensus among some of the most prominent human rights organizations, the crux of the problem goes beyond the Occupied Palestinian Territory. It would be important to extend the prohibition of European research funds to include Israeli institutions complicit in Israel’s violations of Palestinian human rights, regardless of where they are situated.”

The letter includes several examples of such partnerships between the Israeli state and academic institutions. Several of them have collaborated with illegal Israeli settlements in the occupied Palestinian territories. Scholarships and academic programs are provided to the Israeli military. It further notes that one of the universities inside current day-Israel, the Hebrew University, is “partially built on land illegally expropriated from Palestinian owners and hosts an Israeli military base on campus.”

Taking into account these facts, the letter calls upon the European Commission Directorate General for Education and Culture to stop the Horizon Europe research and innovation program – its biggest with a budget of around $112 billion – from funding all Israeli academic institutions which are complicit “in Israel’s regime of military occupation, settler colonialism and apartheid.” The letter comes on the heels of the recent announcement by the ice cream company Ben and Jerry’s to stop operations in the occupied Palestinian territories.

A similar letter in the month of May signed by 400 New York University (NYU) affiliates had also called for “non-cooperation” with the NYU Tel Aviv campus in the wake of the airstrikes on Gaza and violence in the West Bank. Academically and culturally boycotting Israel to put pressure on it to end the occupation and respect Palestinian rights has become an important means for people and activists around the world to support the Palestinian cause.

‘Residential Revolt’ for affordable, safe housing in the Netherlands and other stories
RECENT ARTICLES