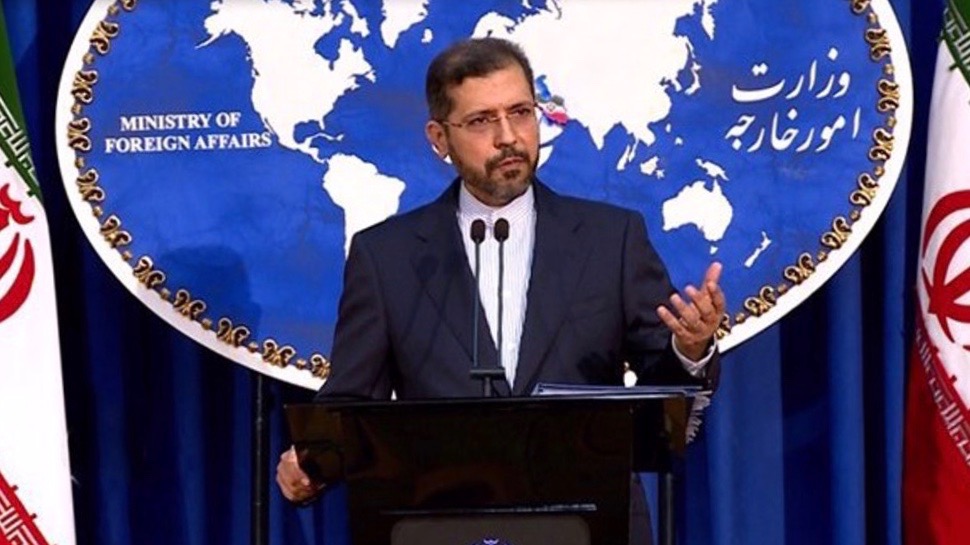 Iranian foreign ministry spokesperson Saeed Khatibzadeh, in a press conference on Sunday, August 1, denied Israeli allegations of Iran’s involvement in an attack on a ship near the Oman coast on Thursday. He said that such claims are attempts by the Zionist regime to malign Iran.

The Israel-owned and Liberian-flagged merchant ship Mercer Street was attacked by drones near the Omani island of Masirah on Thursday, July 29, according to a statement issued by the UK’s defense ministry. Two crew members, one Romanian and one UK citizen, were reportedly killed in the attack which damaged the ship’s living quarters. The ship was operated by a London-based company, Zodiac Maritime, which is owned by an Israeli businessman.

Israel, the US, and the UK in different statements on Sunday accused Iran of carrying out the attack. However, none of them have provided any evidence for Iran’s involvement.

Israeli prime minister Naftali Bennett said in a statement posted on its official Twitter handle that by denying its involvement, Iran is “trying to shirk responsibility for the event”. He also threatened to “send a message to Iran in our own way.”

Prime Minister Naftali Bennett, at the Cabinet meeting today:
"The world recently received a reminder of Iranian aggression, this time on the high seas. The Iranians, who attacked the ship 'Mercer Street' with UAVs, intended to attack an Israeli target.https://t.co/g0BpFHJKEy pic.twitter.com/Tj3zkqkBm3

Speaking to the Iranian media on Sunday, Khatibzadeh said that “the illegitimate Zionist entity must stop leveling baseless charges against Iran. This is not the first time that this regime brings up such accusations.” He also emphasized that wherever the Israeli regime has set foot, it has brought nothing but insecurity, violence, terror and war, and those who paved the ground for Tel Aviv’s presence in the region must be held accountable, Iranian Press Tv reported.

Similar allegations were leveled by US secretary of state Antony Blinken, who claimed he is “confident” of Iranian involvement. UK foreign secretary Dominic Raab said it is highly likely that Iran attacked the ship. Both of them sought international response to Iran’s “belligerent behavior.”

While this was the first time in years that an attack on a commercial ship led to fatalities, such attacks are quite frequent in the region. On several occasions, Iranians have accused Israel of similar attacks on their ships in the region. In March, Iranian ship Sahare Kord was damaged in an explosive attack and another Iranian vessel Saviz was attacked in the Red Sea. Israel also accused Iran when its ships were attacked near the coast of Lebanon and in the Indian ocean earlier this year, without providing any evidence.

The fate of JCPOA

Iran has accused Israel of carrying out attacks on Iranian ships as an attempt to disrupt the  ongoing talks at Vienna to revive the Iran nuclear deal or the Joint Comprehensive Plan of Action (JCPOA). The Donald Trump administration, mostly under Israeli pressure, had withdrawn from the 2015 deal in 2018 and reimposed sanctions against Iran. Now, the Joe Biden administration is reported to be in the final round of indirect talks with Iran to lift the sanctions and rejoin the deal. Israel sees the deal as favorable to Iran’s strategic interests in the region and as a threat to Israeli military superiority. Prime minister Bennett, like his predecessor Benjamin Netanyahu, has openly vowed to prevent the deal.

Responding to a question on the status of the ongoing Vienna negotiation, Khatibzadeh said that though Iran and the remaining signatories of the JCPOA have reached some “important agreements”, some serious problems still remain due to the US’ refusal to lift all sanctions.