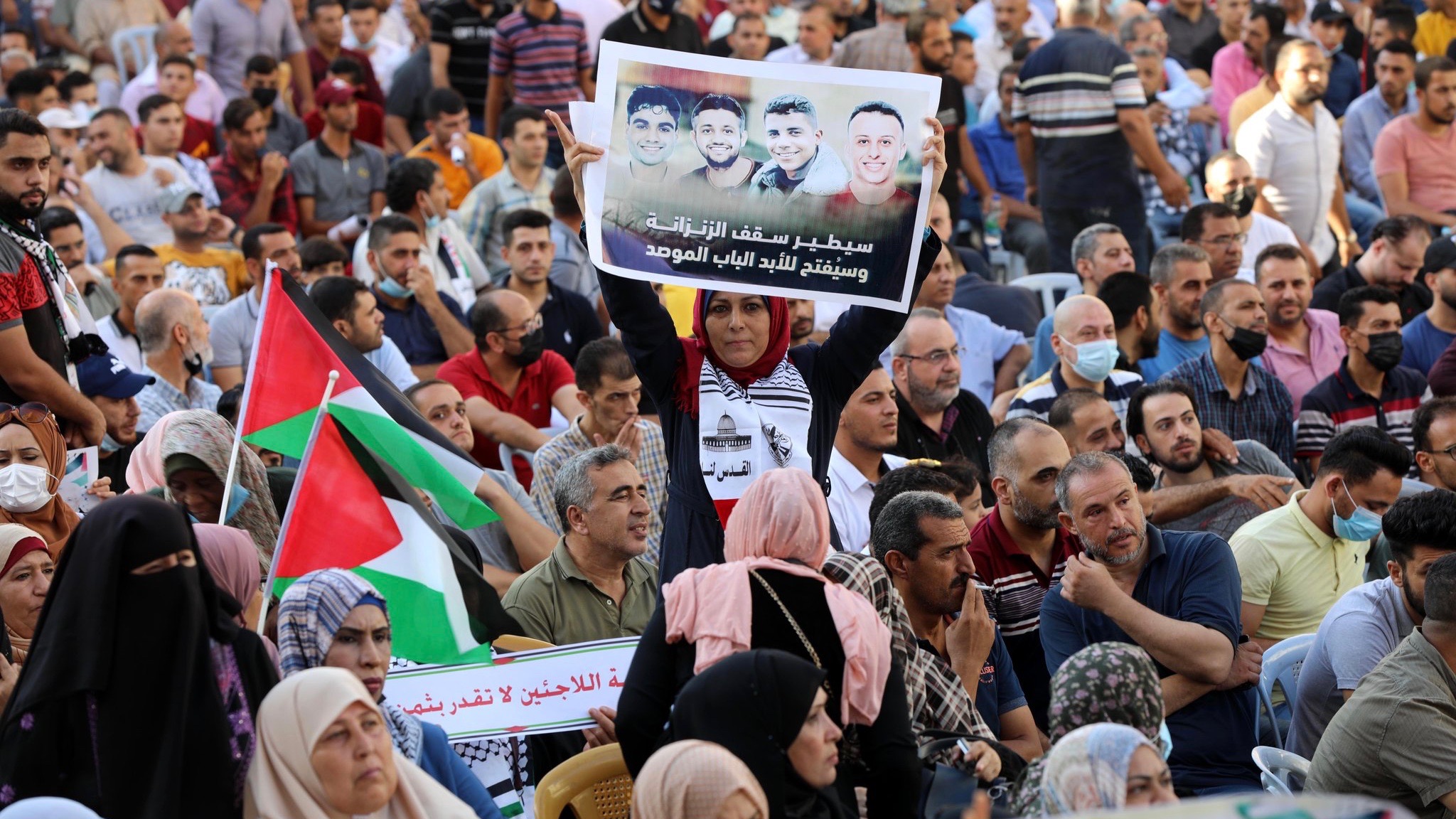 Scores of Palestinians in the occupied Gaza strip protested in front of the headquarters of the United Nation Relief and Work Agency (UNRWA), asserting that its framework deal with the US in July violates their rights, including the Palestinian refugees’ right to return.

Protesters chanted slogans such as the UNRWA-US deal “cancels the Palestinian refugee’s right to return” and “dignity is priceless” and demanded its cancellation. Similar protests were held in Gaza earlier this month, as well.

A framework for cooperation was signed between the UN’s refugee agency for Palestinians and the US in July this year after the latter decided to resume its funding for the agency, which it had stopped during the previous Donald Trump administration. The agreement is valid for two years. However, the framework deal makes US funding to the UNRWA conditional.

Apart from asking the UNRWA to monitor the school curriculum and take stringent action against any violation of its “neutrality framework” by its staff, the framework agreement states that “no contribution by the United States shall be made to [UNRWA] except on the condition that [UNRWA] take all possible measures to assure that no part of United States contribution shall be used to furnish assistance to any refugee who is receiving military training as a member of the so-called Palestine Liberation Army or any other guerilla-type organisation or who has engaged in any act of terrorism.”

Palestinian factions including the Palestinian Liberation Organisation, Popular Front for the Liberation of Palestine (PFLP), Hamas, and Islamic Jihad, among others, have opposed the deal and called it a threat to refugees’ right to return and their attempts to resist the Israeli occupation.

They claim that such restrictions would discourage refugees working with the UNRWA to participate in the liberation movement and fight for their right to return as they may be sacked or reported to US/Israeli agencies. Palestinian refugees’ right to return has been recognized in various UN resolutions since 1948.

The UNRWA works among the Palestinian refugees in West Asian countries such as Syria, Jordan, Lebanon and the occupied Palestinian territories of Gaza and West Bank, where the majority of the 1948 refugees have been staying since the creation of the state of Israel that year. Its functioning has suffered in the last few years due to the lack of funding.

According to a UNRWA press release on July 17, the US paid an additional USD 135.8 million after the framework agreement was signed. The Biden administration had restored its funding to the UNRWA in April with the contribution of USD 150 million. It paid another USD 33 million to the agency in May during the Israeli offensive on Gaza which killed more than 250 Palestinians and injured hundreds others apart from causing massive destruction to civilian property in the occupied Gaza strip.

The Joint Refugee Committee of Palestinians wrote to UNRWA commissioner Philip Lazarney on September 16 rejecting the conditions of the deal. The letter said that if the deal is implemented, the UNRWA will be transformed into a “security agent which implements American-Zionist dictates.”

A PFLP member was quoted by Al-Jazeera saying that “the agency’s mission is to keep the refugees’ mission alive and uphold their rights, not to eliminate them.”