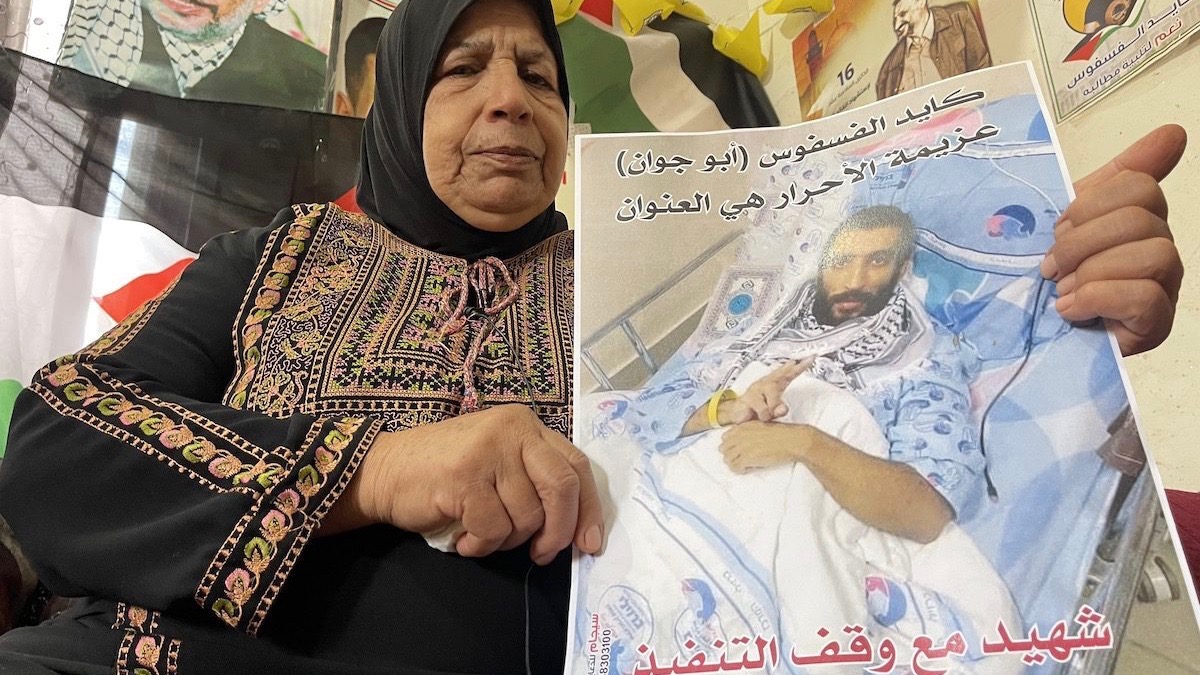 Israel’s high court rejected an urgent appeal for the release of administrative detainee Kayed al-Fasfous, who has been on hunger strike for 126 days, as per multiple news reports on Tuesday, November 16. The appeal filed by the Detainees and Ex-Detainees Affairs Commission called for al-Fasfous’ immediate release due to fears that he is on the verge of death following the severe deterioration in his health. According to reports, this is the fourth time that Israeli courts have rejected a petition requesting his release on health and humanitarian grounds.

Al-Fasfous was transferred to the intensive care unit at the Israeli Barzilai medical center from Ramleh prison after his health deteriorated. Doctors there have reportedly told his family that he could die at any moment and is suffering from a wide range of health issues including extreme weight loss, intermittent loss of consciousness, irregular heartbeat, tingling sensation in the chest, low blood pressure, kidney and heart problems, shortage of fluids in the body, and recurring pain. As per reports, doctors have also noticed signs of blood clots forming in his body, putting him at serious risk of life-threatening medical problems.

Aside from al-Fasfous, five other detainees are also currently on hunger strike to protest their illegal administrative detention by Israel. They are: Alaa Al-Araj, on strike for 101 days, Hisham Abu Hawwash (93 days), Ayyad Al-Hraimi (54 days), Rateb Harebat (39 days) and Loay Al-Ashqar (37 days). They are being imprisoned by Israel without charge or trial based on secret evidence that is not being shared even with their lawyers. Their detention can also be renewed multiple times after every 4-6 month interval. Another administrative detainee, Miqdad al-Qawasmeh, who was also on hunger strike demanding an end to his administrative detention, ended his protest after reaching an agreement with the Israeli authorities for his release in February 2021. There are currently approximately 520 Palestinians being held under the illegal Israeli policy of administrative detention out of a total of over 4,600 Palestinian prisoners.