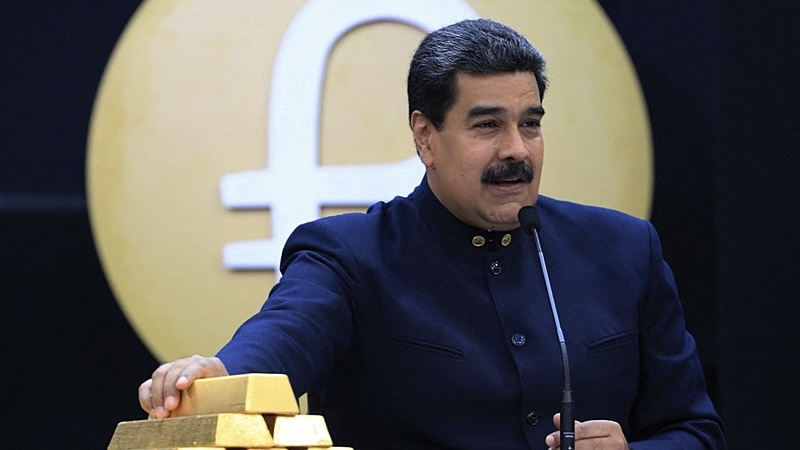 Britain’s Supreme Court ruled to uphold the blockade on Venezuela and the government of Nicolás Maduro will not be able to access 31 tons of gold from Venezuela's international reserves. Photo: Presidential Press

Britain’s Supreme Court decided on Monday December 20 to maintain the blockade of 31 tons of Venezuelan gold, valued around 2 billion dollars, deposited at the Bank of England. With the ruling, the magistrates annulled part of the Court of Appeals’ decision that favored the claim of the legitimate government of Nicolás Maduro over the country’s international reserves.

The Foreign Ministry of Venezuela released a statement condemning the ruling stating that it was an “abusive action” and represented a subordination of Britain’s judicial system to “the illegal foreign policy actions deliberately taken by the British Executive, thus openly violating their own domestic and international legislation”.

The Bolivarian government pledged to use “all the resources at its disposal to defend the gold that is part of its international reserves and the legitimate rights of the Venezuelan people, both internationally and within its own jurisdiction. Venezuela will continue following its course of peace and prosperity.”

The case went to court because the Bank has refused to release the gold reserves to the Bolivarian government stating that it recognizes the opposition activist Juan Guaidó as a legitimate authority. In October 2020, the Central Bank of Venezuela (BCV) won an appeal in the British Court of Appeal, which considered the possibility that the British state would recognize a “de jure” president, which in this case would be Guaidó, and a “de facto” one, which would be Maduro.

In the new verdict, the British Supreme Court relies on the so-called “one voice” doctrine, saying that the courts cannot go against the UK prime minister’s political decision to recognize Juan Guaidó as president-in-charge of Venezuela as of February 2019. Therefore, until the “conflict of authorities” is resolved, the money would be kept at the Bank of England.

The judges still left it to the Commercial Court to decide whether or not to accept the appeal filed by Venezuela’s Supreme Court of Justice, alleging the nullity of Guaidó’s appointment of a parallel board of directors of the BCV.

During the dialogues with the opposition, Maduro proposed that the gold blocked in the UK be used in the fund to combat COVID-19 in Venezuela, administered by the United Nations Development Program. The proposal was rejected by the opposition.

The decision to maintain the blockade sets a dangerous precedent for at least 30 nations that also keep part of their international reserves at the Bank of England.

Juan Guaidó, isolated among the opposition after allegations of corruption with Venezuelan public money, celebrated the court decision and thanked the British Foreign Office for its support.

With reports from Brasil de Fato