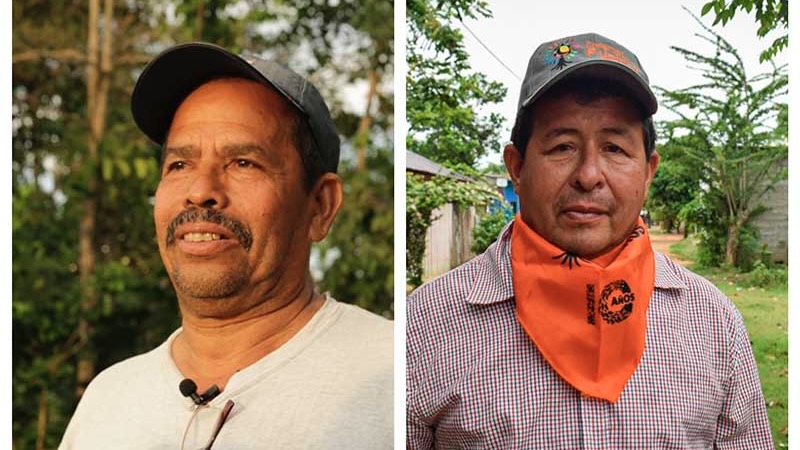 The situation of paramilitary violence continues to deteriorate in Colombia. According to the Institute of Development and Peace Studies (INDEPAZ), in the first two months of this year, thirty-three environmentalists, land defenders, human rights defenders, Afro-descendent, Indigenous, peasant and social leaders have been assassinated in different departments of the Latin American country.

“They killed our Teo”

On February 22, the National Agrarian Coordinator (CNA) of Colombia condemned the murder of historic peasant and political leaders Teófilo Acuña and Jorge Alberto Tafur in the San Martín municipality, in the Cesar department. Acuña and Tafur were gunned down by armed men who forcibly entered a house they were staying in.

Both Acuña and Tafur were renowned social leaders, and members of peasant organizations: the CNA and People’s Congress (Congreso de los Pueblos (CdP)). They were also members of the Dialogue Commission for South Bolívar, Central and South Cesar, South Magdalena and Processes from Santander (CISBCSC). For several years they had been working with the communities of the region in the recovery of land, seized by ranchers and landowners with the support of paramilitary groups. They had received several death threats and faced judicial persecution, for this reason, social organizations condemned that their murder was a State crime.

The CNA, in a thread on Twitter, condemned that “once again the dirty war of the Colombian State is raging against the peasantry of the CNA,” recalling that Acuña had been persecuted before and was a victim of a judicial set-up sponsored by the Colombian State in December 2020. The CNA denounced that “a couple of days ago (on February 18), the leaders had denounced that the police and mayor of San Martín were threatening and harassing the (peasant) communities that were victims of violence, and were acting hand in hand with landowner Wilmer Díaz.”

For its part, the CdP, in a statement, condemned that “these murders are added to the “continued genocide” that is unleashed on the social and popular movements at the hands of the Colombian State, which for decades has made us the internal enemy to exterminate. The comrades had recently been victims of judicial set-ups, threatened directly in their homes, situations that were reported to the authorities, who did nothing to protect their lives.” The CdP added that “the murder of our comrades is the direct responsibility of the Colombian State for its failure to guarantee the integrity and life of all leaders in the national territory. On all the occasions that we have denounced the threats, judicial set-ups and other acts of direct violence against the comrades in our trials, the State authorities, supposedly guarantors of human rights, have ignored them, opening the way to paramilitary actions and of the parastatal mafias.”

On February 27, INDEPAZ condemned the assassination of community leader Gustavo Antonio Torres in the Tibú municipality, in the Norte de Santander department. The human rights organization reported that Torres was killed by a group of armed men who entered his home in the Tienditas village on the night of February 26. Torres was a recognized social activist and had been fighting for the rights of his community since 2014. In 2017, soon after the formation of the Caño Indio Productive Association, he was forcibly displaced from the Caño Indio village. INDEPAZ highlighted that Torres was the 33rd social leader to be assassinated in 2022, and 1319th since the signing of Havana peace agreements in November 2016.

The Ombudsman’s Office rejected his assassination, stating that “his departure was a setback for the construction of peace in the Catatumbo region.” The Office called for the investigation of the facts associated with his murder and punishment for the material and intellectual authors of his homicide.

On February 25, Indigenous guard Dilson Borja Domicó was murdered in his home in the Turbo municipality, in the Antioquia department. Domicó was a member of the Indigenous Organization of Antioquia (OIA), and worked to defend his community’s ancestral territories and provide security to his people against drug trafficking, illegal mining and other paramilitary groups.

The OIA rejected his homicide and demanded “justice, investigations and convictions” and an end to ethnocide. The National Indigenous Organization of Colombia (ONIC) also condemned his assassination, decrying “they are killing us before the eyes of the national government.”

On February 24, former FARC combatant and peace signatory Jorge Santofimio was shot dead in the Puerto Guzmán municipality, in the Putumayo department, during an attack by unidentified armed men on a community meeting. In the incident, four other ex-combatants were injured. Santofimio was in the reincorporation process, and presided over the Common Community Multiactive Cooperative (COMUCCOM), a part of the government’s Comprehensive National Program for the Substitution of Illicit Crops (PNIS) of Putumayo. He was attacked during a PNIS meeting in the New Reintegration Area (NAR) of La Granja. INDEPAZ pointed out that with Santofimio’s murder, the number of ex-combatants of the FARC assassinated reached six in 2022 and 305 since the signing of peace agreements.

The head of the UN Verification Mission in Colombia (UNMC) and special representative of the UN Secretary-General, Carlos Ruiz Massieu, rejected Santofimio’s assassination. Ruiz Massieu stressed that “his irreparable loss is a tragic reminder of the urgency of reinforcing protection for those who have laid down their arms and remain committed to the peace process.” He added that the previous week they had met and talked about the critical security situation faced by ex-combatants and the community. Ruiz Massieu urged the national government “to strengthen the security of ex-combatants and communities that unfortunately continue to be victims of threats, harassment and violence.”

On February 23, Afro leader Julio Victoria Cárdenas was killed in the Litoral del San Juan municipality, in the Chocó department. According to the authorities, heavily armed men, presumed members of the National Liberation Army (ELN) guerilla group, came to his community and attacked the leader with firearms. Victoria Cárdenas was the president of the board of directors of the General Community Council of San Juan (ACADESAN). He was also an Afro guard and member of the Guardia Cimarrona of Chocó.

The National Confederation of Afro-Colombian Organizations (CNOA) rejected Victoria Cárdenas’ assassination and demanded that “the motives behind his murder by people identified as part of the ELN guerrilla group be clarified.”

On February 21, ex-combatant Fabián Alexánder Rodríguez Suárez was assassinated in the Valle del Guamuez municipality, in the Putumayo department. Rodríguez Suárez was part of the Helier Mosquera de la Pradera of the government’s Territorial Space for Training and Reincorporation (ETCR) program.

The Comunes Party, which emerged after the disarmament of the FARC as a part of the peace agreements, condemned his murder, stating that he “was murdered under the complicit gaze of a government that does not want to assume responsibility for the safety of those of us who are committed to building peace.”

In addition to these assassinations, in January and February 2022, 82 citizens had been killed in 19 massacres, according to INDEPAZ.

Last month, on February 18, the Special Jurisdiction for Peace (JEP) reported that 2021 had been the most violent year in the country since the signing of peace agreements. The JEP Investigation and Accusation Unit revealed that in 2021, the armed conflict was reactivated in 12 parts of the country. It detailed that the most affected places by violence were the departments of Bolívar and Córdoba (north of the country); Antioquia (northwest); Chocó and Valle del Cauca (west); Cauca and Nariño (southwest); Norte de Santander and Arauca (northeast); Caquetá and Meta (center); and Putumayo (south).

Earlier last month, on February 8, the Latin American Strategic Center for Geopolitics (CELAG) published a survey on Colombia’s political and social panorama. According to which, at least 70% of those interviewed considered that the far-right President Ivan Duque had failed to resolve the serious problem of persecution and assassination of social and political leaders, which is a threat to the consolidation of peace in the country. 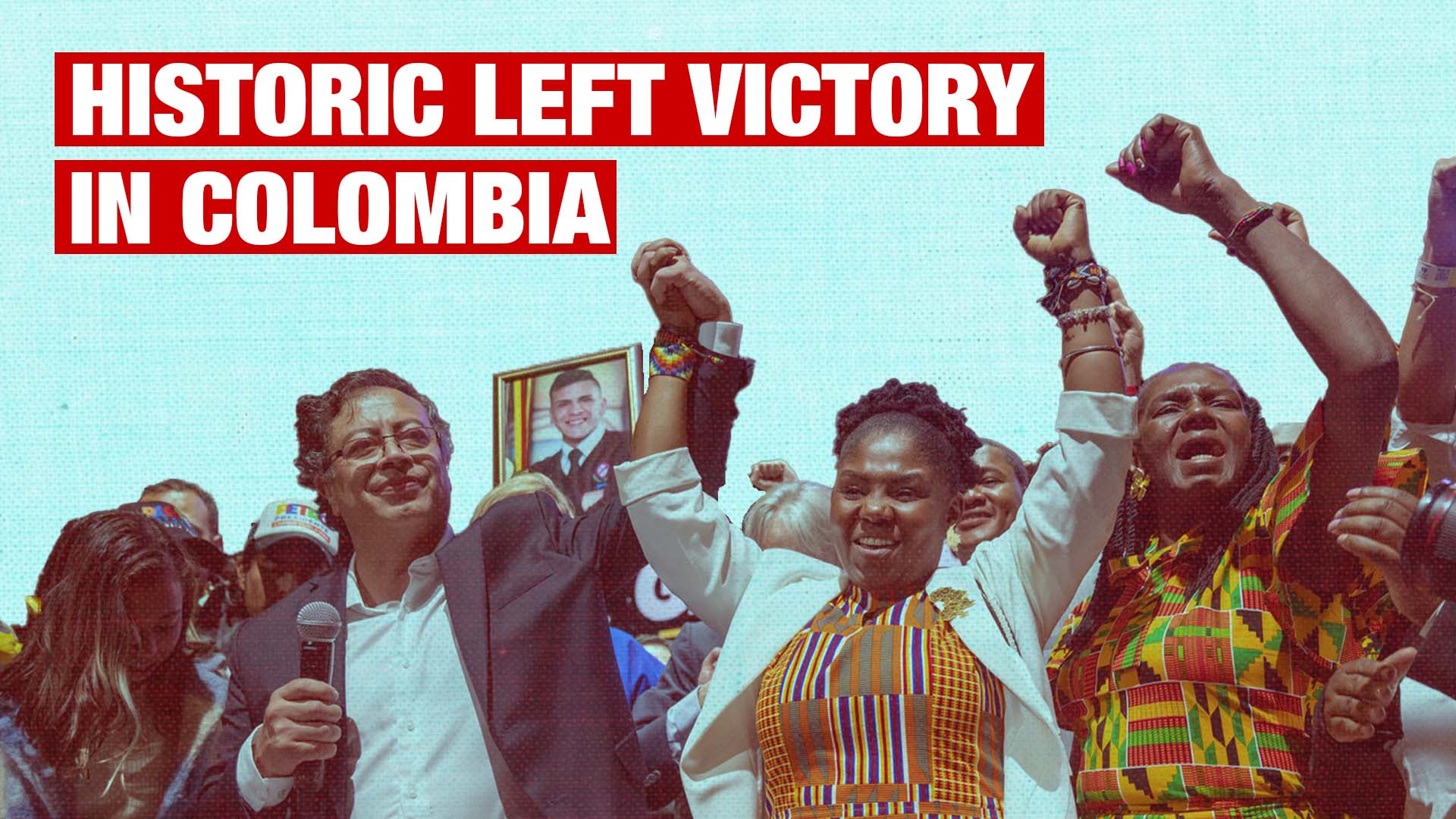