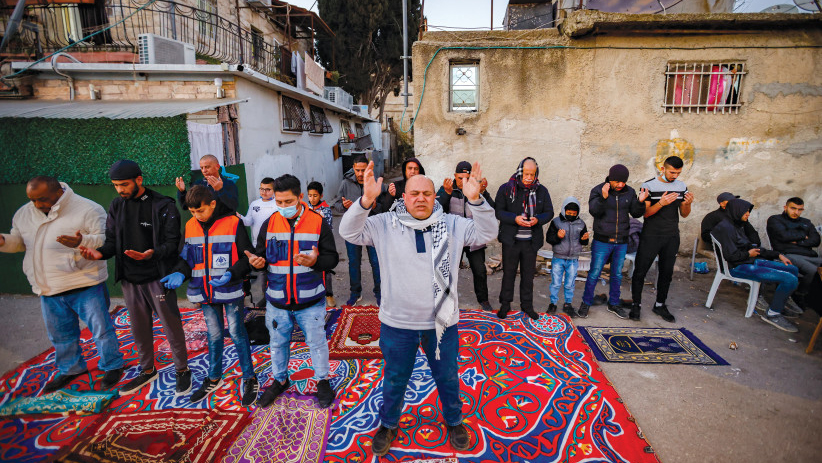 Israel’s Supreme Court on Tuesday, March 1, ruled that four Palestinian families in Sheikh Jarrah in occupied East Jerusalem can stay put in their homes. The ruling suspended the eviction orders against them until legal proceedings in the case are completed and a final settlement is reached.

The court in its ruling went on to say that past court decisions regarding the ownership of the land do not apply and the issue of ownership of the property must be decided again, pending which the Palestinian residents cannot be evicted from their homes.

For years, the Palestinians in Sheikh Jarrah and other neighborhoods in East Jerusalem have been facing threats of eviction and illegal demolitions by settler groups and Israeli authorities working in tandem. There have been regular attacks and clashes between the Palestinians resisting their ethnic cleansing and forced displacement and the Israeli forces and extremist settlers who continue to try and intimidate and instigate them using violence and other forms of repression such as arrests, imprisonment etc.

Tuesday’s ruling is a landmark turnaround from previous judgements by lower Israeli courts which so far always ruled in favor of the extremist Jewish settler organization, Nahalat Shimon, which has for decades claimed that the land originally belonged to Jews. The settler organization had filed a lawsuit against the Palestinians residents in 1972, demanding that they be evicted, and the possession of the land be handed over to Jews. The judges yesterday delegated the responsibility of resolving the ownership question to the Israeli Ministry of Justice, currently being led by the right-wing, ultra conservative prime minister Naftali Bennett, in coalition with a motley crew of political parties across the spectrum, including Arab Israeli ones that are supporting the government.

During the appeal hearing against a lower court decision which ruled in favour of Jewish ownership of the land, the court also ordered the Palestinian families to pay the Jewish settler group which is a party in the case a symbolic annual rent of 2,400 shekels (about $740) “until a determination of … land rights”. It added that they will continue to live there as ‘protected tenants’.

Yesterday’s ruling follows a previous compromise offer that the Supreme Court had suggested in August last year to both the parties of the case which had also stipulated a similar annual symbolic rent to be paid by the Palestinians to the Jewish group in exchange for recognizing Jewish ownership of the land. The only difference between the earlier offer and the current ruling was that in the earlier offer, Palestinians could have been expelled from their homes after 15 years regardless of the ownership issue being settled or not. Justice Yitzhak Amit, writing for the majority ruling, noted that “at this point, I will repeat the principle of the compromise issued by the assembled justices. But this time, not as a compromise, but as a court ruling binding the two sides.”

Following the ruling, one of the lawyers representing the Palestinian families, Sami Irshid, told news outlets that the court’s decision was “significant”. He added that “the decision of the Supreme Court today cancels the eviction while the issue of ownership is decided. The court decides that the past decisions regarding ownership do not apply, and the residents of Sheikh Jarrah can argue their ownership and prove their ownership. There’s no eviction, and the ownership of the land will be revisited. From the 1970s until today, the courts have always held that the Jewish organizations were the owners. This is a very positive development.”

Professor Ronit Levine-Schnur of Reichmann University, who was advising the Palestinian legal team, described the ruling as a “a great victory for justice,” adding that the ruling would immediately influence the pending cases of “at least three other Palestinian families” in the neighborhood, with the potential to impact more cases further down the road.

Ir Amim, an NGO which works to stop settlements, advised caution. Their advocacy coordinator Gaal Yanovski stated that “the decision to allow them to appeal is just a preliminary decision. Two of the three judges decided they are freezing the eviction until there will be a land settlement of title.” Ir Amim added that in the neighborhood of Sheikh Jarrah alone, approximately 300 Palestinians are currently under threat of eviction, and yesterday’s ruling could set a precedent for several other ongoing cases.

East Jerusalem was captured by Israel from Jordan following its victory in the 1967 six-day war against a group of neighboring Arab countries. Since then, the Israeli government and settler groups alike have embarked on a long-running settlement project to populate the mostly Palestinian-majority area with Israeli Jewish settlers. Their intent is to change the demographics of the city in order to ultimately absorb it into the present-day state of Israel.

Currently there are about 200,000 Israeli settlers living in occupied East Jerusalem, in violation of international law and what many say constitutes a war crime. Many international entities and states across the globe, do not recognize the illegal settlements and say that the land belongs to the Palestinians and must be given back to them. This would be a necessary precursor to a future, independent, viable Palestinian state as part of any two-state solution to end the Israeli military occupation and apartheid in the occupied Palestinian territories.