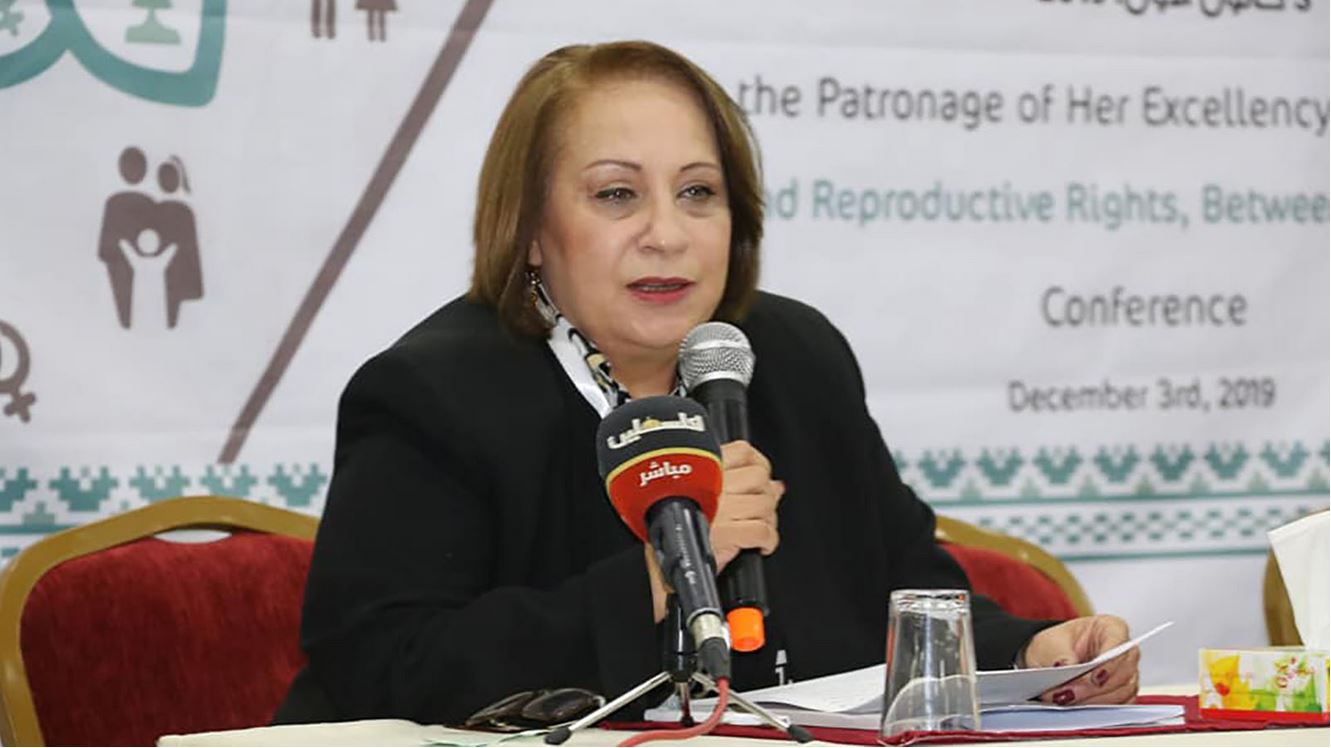 Palestinian health activist Shatha Odeh remains imprisoned by the Israeli Occupation Forces (IOF) 8 months after her arrest in July 2021, yet her spirit continues to inspire feminist and health activists around the world. As a recognition of her contribution to people’s health and the liberation movement in Palestine, the People’s Health Movement (PHM) organized a webinar dedicated to Odeh’s feminist work and the role of health workers in conflict settings in promoting women’s right to health on the occasion of International Working Women’s Day 2022.

Shirin Abu Fannouneh, Shatha Odeh’s daughter, shared excerpts from a recent letter from her mother, where she called women in Palestine and the rest of the world to stand up in solidarity to protect each other’s rights. The importance of standing together becomes ever so clear in times of oppression because it inspires perseverance and helps us carry on with our struggles, as women prisoners in Damon prison have witnessed repeatedly over the past months, Odeh said in the letter.

Near the end of 2021, women incarcerated at Damon were exposed to an increase of brutalities, including physical beatings. While Odeh herself was spared beatings because of her age and because younger prisoners were determined to protect their older peers, she continues to bear witness on the effects that imprisonment in Israeli jails is doing to women’s health, including many cases of anaemia, diabetes, and chronic stress.

Her experience is echoed in many ways by Elya Abu Hijleh, who was sentenced to 11 months in prison in 2019 for her involvement in the students’ movement. From the first hours spent at the detention center after their arrest, Abu Hijleh and her co-prisoners were denied access to water and adequate food while they waited for interrogation under the sun.

After her transfer to Hasharon prison, where Shatha Odeh was also incarcerated during the first part of her imprisonment, conditions became even worse. Palestinian political prisoners were verbally abused and spat upon by civilian inmates at their arrival. There, as well as at Damon prison, women struggle to get even a minimal amount of privacy. As cameras continue to record their movements at all times, some of them are not able to remove their headscarves for extremely long periods and suffer health consequences of not enough exposure to daylight.

An attempt to preserve apartheid

The IOF’s strategy to crack down on Palestinian civil society has already been recognized as an attempt to crush the struggle of the people of Palestine and uphold the existing apartheid system. Sahar Francis a laywer from Adameer, a civil society group supporting Palestinian political prisoners, stressed that Israeli policies attempt to create an atmosphere coercive enough to wipe out Palestinian efforts to protect their basic human rights, through widespread implementation of so-called anti-terrorist legislation.

Francis’ observations are backed by findings in academia and the nonprofit sector. Maen Hammad from Amnesty International quoted from their recent report to show how arbitrary administrative detention – a form of imprisonment which allows IOF to incarcerate Palestinians based on evidence that is held secret from the prisoners and legal representatives – is used as a systemic way of suppressing opposition.

Such a strategy is not specific only to the IOF, according to Samer Jabbour from the American University of Beirut. The specific targeting of health workers has also occurred in places like Myanmar, in attempts to discourage resistance in the population. “By targeting them, important figures in the communities, oppressors are trying to break the spirit of the community, trying to issue a warning about what activism leads to,” Jabbour explained.

Crackdown on health activists in other countries

The experience of health workers in the Philippines corroborates Jabbour’s claim. In the Philippines, one of the most dangerous countries to be an activist, there are currently six women health activists in prison. They are among 132 women who are imprisoned because of their activism. Not only are political prisoners seldom granted bail, but they face threats of violence even upon release due to heavy stigmatization, also known as ‘red-tagging’. Four female health workers have already been killed in such violence: Maria Lourdes Dineros Tangco, Zara Alvarez, Mary Rose Sancelan and, most recently, in February 2022, Elegyn Baloga. Meanwhile Emilia Marquez and Naty Castro remain imprisoned.

Salama Abu Zaiter from the General Trade Union of Workers in Health Services in Gaza warned that the fact that health workers are being used as targets of systemic and state violence is a real disaster. “In the case of Palestine, the imprisonment of Shatha Odeh is a huge violation of health workers’ rights and humanitarian work, of human rights in general,” he said.

The pressure of Shatha Odeh’s imprisonment is also being felt by the feminist movement in Palestine, as her friend Hanan Abu Ghosh said. Odeh’s contribution to advancing women’s rights remains invaluable, and it is essential to build up international pressure for her release, concurred all the speakers.

Working in solidarity for the release of all political prisoners is an essential part of the struggle for the liberation of Palestine, said Elya Abu Hijleh quoting from a letter that students imprisoned in Israeli jails published on 8 March 2021. “Prisoners or not, our struggle is one: a struggle against colonization, inequalities, a struggle of all women,” concluded Abu Hijleh.