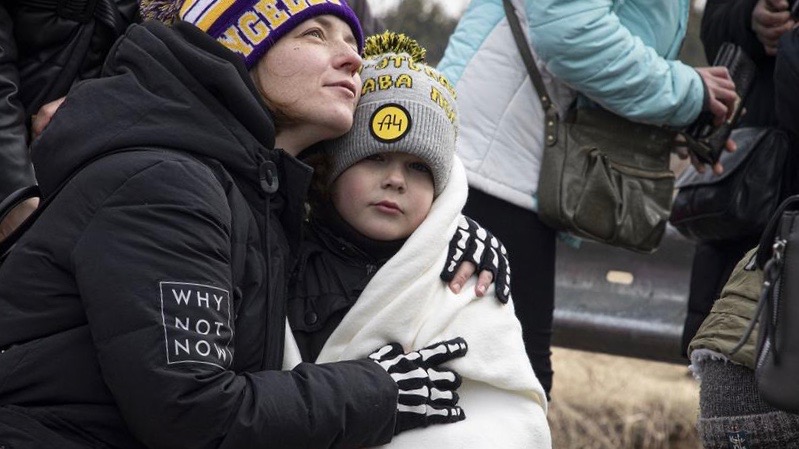 Following the start of the war in Ukraine, the same set of countries that had refused to receive a handful of refugees fleeing war conditions in Asia and Africa a few months ago, welcomed millions of Ukrainian refugees. However, as time passes and the number of refugees keeps on increasing with no hope of an early resolution, concerns are being raised in several countries.

Denmark prime minister Mette Frederiksen was reported as saying by the Associated Press on Tuesday that the Ukrainian refugees in her country must return to their homes as soon as possible and that they will not be integrated into Danish society. She was speaking in a debate in the Danish parliament, which last week adopted a special law to grant temporary stay and work permits to the refugees.

Frederiksen emphasized that the return of the Ukrainian refugees would help her country to help other refugees. “Being a refugee is temporary, so you have to return and help build up your homeland when you get the opportunity,” she said.

Denmark has also made it clear that it will not provide asylum to any of the refugees coming from Ukraine. According to the Danish immigration services, until last week, around 1,800 Ukrainians had sought asylum in the country. The country is expected to receive a maximum of around 20,000 Ukrainian refugees.

The special law passed by the Danish parliament allows Ukrainian refugees a two-year stay and work permit extendable for one more year. It also allows them to get access to educational institutions and social welfare schemes.

The law passed by the social democratic government was criticized by the left parties in the country on the basis that it was discriminatory as refugees from Syria and other countries do not have similar rights.

Denmark has already been accused of forcing Syrian refugees to return to their country despite the fact that the war there is not yet over. Syrian and other refugees in Denmark have also been subjected to a “Jewellery law,” according to which, their personal belongings are seized to compensate for their stay in the country.

Meanwhile, the mayor of Polish capital Warsaw, Rafal Trzaskowski, said in an interview with The Indian Express on Wednesday that the city as well as his country have reached their maximum capacity to receive refugees and can no longer accept more. Poland has received the largest number of Ukrainian refugees so far. According to the UN, out of around 3.5 million refugees that have left Ukraine since the beginning of the Russian aggression on February 24, around 2.2 million have landed in Poland.

The Polish government has passed a law to give Ukrainians access to educational rights and social welfare schemes for the next 18 months. According to Trzaskowski, this period may be extended after an assessment if required.

The stance the Polish government has taken vis-a-vis the Ukrainian refugees is completely different from its position on refugees coming from Syria and other countries in the recent past. Poland had used force to keep out refugees from Syria, Iraq and Afghanistan in November last year, which led to a diplomatic row with Belarus and the deaths of dozens of refugees. Trzaskowski justified the differential treatment in the name of “cultural and political” factors.

Trzaskowski emphasized that in the case of a further increase in the number of refugees from Ukraine, the European Union (EU) and UN will “need to share the burden.”

In the UK, a fresh debate started on Tuesday over what the opposition Labour Party called the “shameful” approach of the Boris Johnson government on refugees. The immediate context was the House of Commons receiving on Tuesday, March 22, an amended Nationality and Borders Bill which, if passed, will introduce a minimum of four years imprisonment for anyone entering the country without “proper documents”.

The UK government had earlier pushed a scheme for compensation to its citizens if they open their homes to Ukrainian refugees.

Rise of neo-Nazi attacks on Roma minorities in Ukraine

Meanwhile, several images and videos apparently from the western Ukrainian city of Lviv have emerged on social media showing mostly members of Sinti and Roma minorities tied to poles with duct tape and being beaten by members of vigilante groups, often under the supervision of the Ukrainian armed forces. In some images, the faces of the people tied to the poles are smeared with green paint and they are repeatedly flogged.

Following outrage over the inhuman treatment of Roma and other minorities, Ukrainian officials tried to defend the act by arguing that the circulation of the images is part of Russian propaganda and that in most cases, people were being “punished” for indulging in “theft” or “pickpocketing.” They also claimed that some of the people punished publicly were Russian agents. However, there was no evidence provided to support these claims.

Neo-Nazi groups in Ukraine, like the C14, have been long involved in the persecution of the Roma community whose members are routinely racially profiled, discriminated against, and violently attacked in the country by neo-Nazi groups. According to different sources, there are around 250,000 Romas in Ukraine and most of them live in extreme poverty. The war has emboldened the vigilante neo-Nazi groups to target Romas by accusing them of being looters and disloyal to the country.