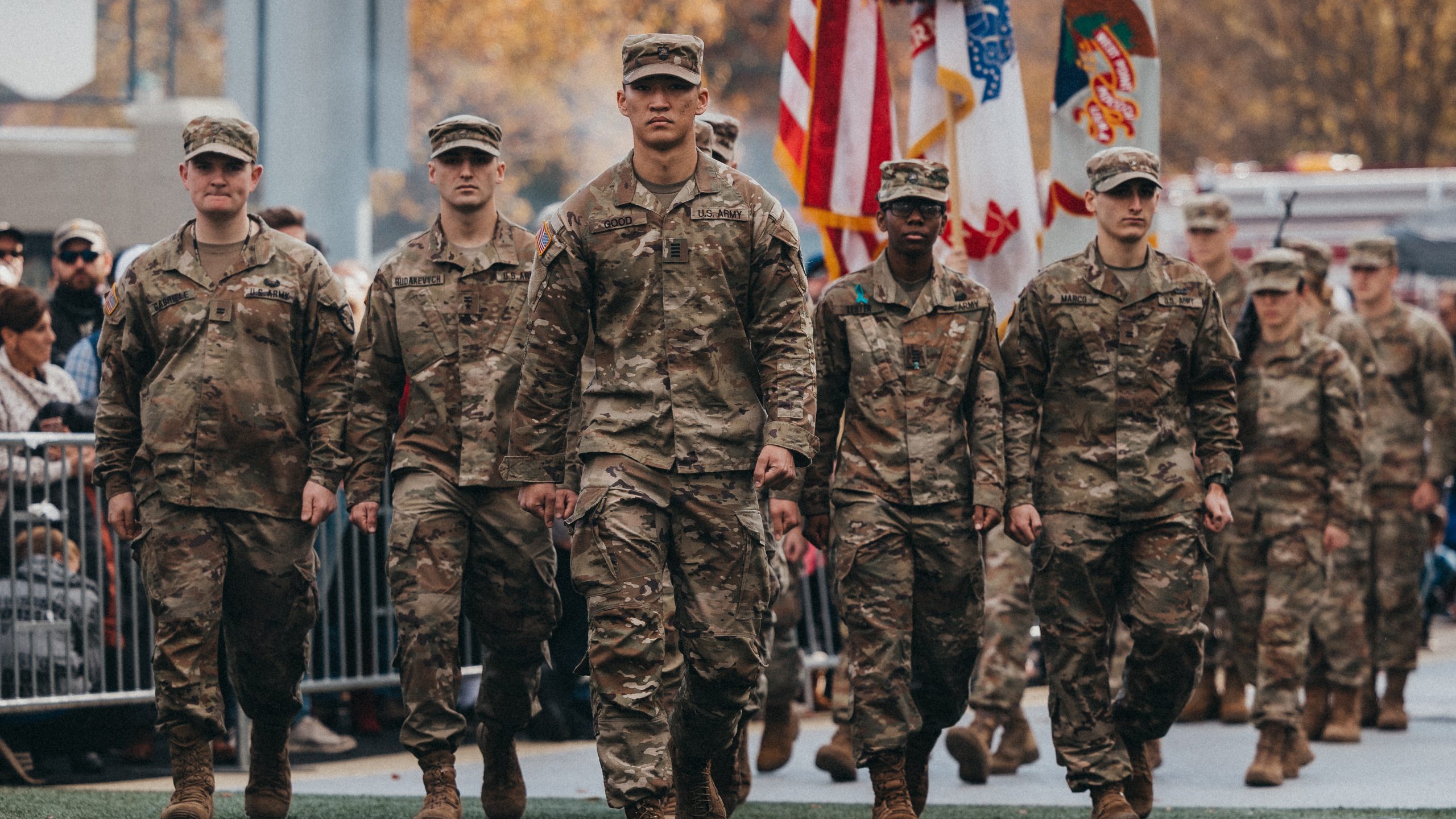 In the US, massive military spending receives bipartisan support while programs to help the people of the US are shot down amid controversy. (Photo via: West Point - The U.S. Military Academy)

The largest national defense budget in the world just got larger. Earlier this month, the United States Congress passed $728.5 billion in discretionary funding for the Department of Defense for the 2022 fiscal year, a sharp 5% increase from the previous year. The budget contains a plan for $13.6 billion in aid to Ukraine for the Russia–Ukraine war.

On March 16, Ukrainian president Volodymyr Zelensky addressed the US Congress, invoking everything from the September 11th attacks to Martin Luther King to plead for more US military intervention. Following the address, President Biden announced an additional $800 million in Ukraine aid to come from the new defense budget.

Tupac Shakur, the son of a Black Panther, understood perfectly how war is an inherent part of the capitalist system.

Or as said by Lenin: “Imperialist wars are absolutely inevitable under such an economic system, as long as private property in the means of production exists." pic.twitter.com/KkDM2DCrV7

Ukraine aid has received widespread bipartisan support among US legislators in a Congress that is incapable of uniting around any domestic policy in a similar way. The House of Representatives passed the defense budget with a vote of 361-69, and the Senate passed the bill with a vote of 68-31. This decision comes from a Congress that is split down the middle between Republicans and Democrats, with Republicans in lockstep blocking Biden’s domestic relief and civil rights bills. Infamously, conservative Democrats Joe Manchin and Kyrsten Sinema have played the role of the swing vote between the two parties, decidedly shooting down virtually all of Biden’s key progressive legislation.

“They got money for war, but can’t feed the poor”

Out of the $13.6 billion allocated for Ukraine aid, about half will go to replenishing the stocks of military supplies that the US has already sent to Ukraine. The United States has been sending billions in military aid to Ukraine since the 2014 Euromaidan coup, taking the form of weapons, training, and intelligence. Some of those military resources have very possibly been used to attack the people of the Donbass region, even before the Russian invasion.

$3.1 billion will cover “deployment, operational, and intelligence costs” for US troops deployed to Europe. The United States now has around 12,000 troops deployed to bolster Ukraine’s borders. The US president is considering the option of permanently maintaining this increase in troops, further militarizing Europe, which is already home to at least 60,000 US troops and hundreds of US military bases.

Biden also recently announced that $800 million more of this new defense budget will go towards Ukraine aid, specifically for weapons. Before this, Biden had authorized a $350 million package that was already the “largest single authorized transfer of arms from US military warehouses to another country.”  Some Congress members want to go further, such as Senator Jim Risch, who said, “I want to see more Javelins…I want to see more Stingers.”

Meanwhile, for the people of the US, the coveted social programs of the past year, particularly the massive relief package Build Back Better, were shot down by conservatives of both parties on grounds of “high costs”.

Notably, Risch, a Republican, said in a statement: “Senators had two choices: this $550 billion package with no tax increases, or allow Democrats to pass the Biden proposal of $2.5 trillion, raise taxes, and pile it on top of their impending $3.5 trillion social spending spree. On behalf of Idaho, I chose to support the lower $550 billion investment in hard infrastructure like roads, bridges, and broadband. I believe it to be the substantially more reasonable and conservative solution to the necessary infrastructure spending. I intend to vigorously oppose Democrats’ reckless $3.5 trillion social spending bill, which is coming next.”

There were many similar arguments against Build Back Better. Joe Manchin, the conservative Democrat whose vote became instrumental in the downfall of the plan last year, claimed that he could not support a bill of over $1.5 trillion. The Congressional Budget Office estimated that if the programs outlined within Build Back Better were to run for ten years, the cost would add up to $3 trillion dollars. The legislation package itself does not include such extensions in its provisions. Even so, with the ten year estimate, the cost breakdown could be up to $300 billion per year—far less than the current defense budget, which was passed quietly and uncontroversially.

Meanwhile, a national battle was played out among members of Congress and the media about the costs of Build Back Better. But is domestic relief just as controversial among the people of the US, who Build Back Better stands to benefit? Decidedly, no: The much needed relief plan for working people, elders, disabled people, families, and children remained consistently popular, even among Manchin’s own constituents.

Build Back Better has been abandoned since the effort to pass the legislation through the Senate failed when Joe Manchin effectively killed the bill last December. Now, with a nation that has already sunk billions into aid for Ukraine, people in the US and around the world are suffering. Gas prices are higher than they’ve ever been in the United States and globally. It is the millions of working people who need to commute to work or rely on affordable access to food and other goods who suffer, while rich celebrities like Steven Colbert and George Takei encourage workers to consider high costs “a patriotic donation”. A headline from Bloomberg on March 13 reads “Inflation Stings Most If You Earn Less Than $300K. [the vast majority in the US] Here’s How to Deal”, urging people in the US, who struggle with basic access to food, to skip out on purchasing a pet or a second car. There is thus far no proposed legislation to provide aid to workers who are struggling under the twin burdens of gas prices and inflation in the wake of this war.

Clearly the massive defense spending is not “trickling down” to benefit the people of the US. Who does the $728 billion actually benefit? One answer would be the booming US defense industry. Companies like Lockheed Martin and Raytheon have seen stock prices skyrocket since the war began. Defense industry lobbyists are powerful in Washington, spending billions to make sure that their influence reaches those in power. The lobbying works—the US military budget is larger than the next nine other defense budgets combined of China, India, Russia, the United Kingdom, Saudi Arabia, Germany, France, Japan, and South Korea.

Yet it appears that upwards of $700 billion is not enough for some members of Congress. Forty Republican Congress members have urged Biden to increase defense spending even more, writing, “The security of the free world depends on a credible American military”. Bloomberg recently reported that the White House has plans to increase national security spending to a mind-blowing $813.3 billion for the next fiscal year.

What exactly is the “free world” that politicians claim depends on the US military? The people of the US continue to struggle with food insecurity and lack proper medical care, calling the “freedom” of US society into question.