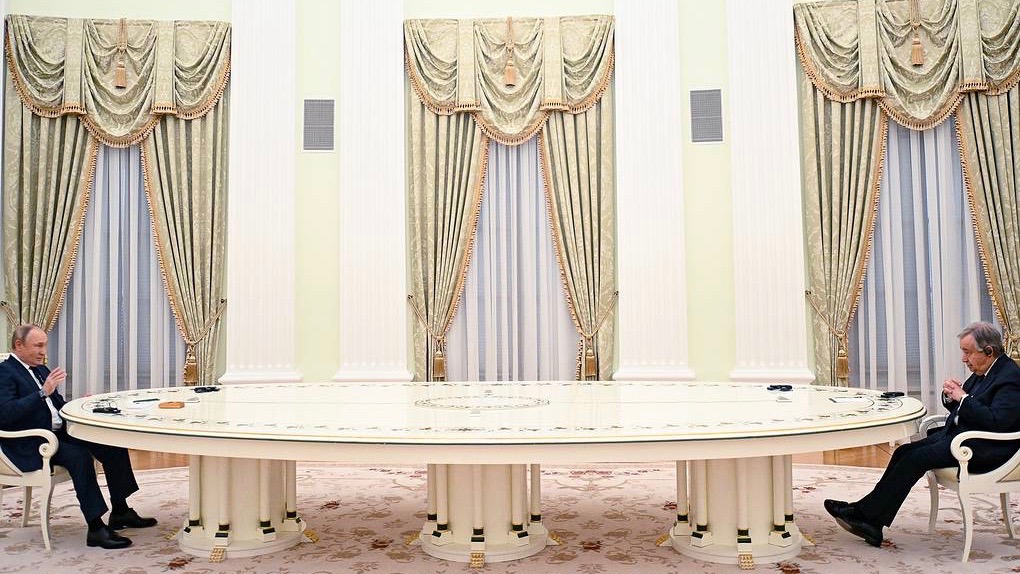 As the war in Ukraine enters its third month, chances of an early negotiated settlement look remote. Last month’s talks in Istanbul are already stalled while the US and other NATO countries have aggressively increased supply of weapons to Ukraine, many of these countries have expressed a wish to see Russia “defeated”.

Russian Foreign Minister Sergei Lavrov claimed on Monday that Western countries, in particular the US and the UK, played a major role in forcing Ukrainian president Volodymyr Zelensky to backtrack on the promises made during the talks last month.

In an interview on a Russian channel, Lavrov claimed that when Moscow drafted the promises and sent them to Kiev for approval as per the decisions made in Istanbul in the last week of March, Kiev demanded radical modifications. The decision to stall the talks “was taken on the advice of our American and British colleagues,” he said. The foreign minister reiterated the Russian claims that Ukrainians are being used as a proxy by NATO to fight against Russia.

West pushes for continuation of the war

Instead of looking for ways to end the war sooner, Western countries, mostly NATO members, have increased their supply of weapons, pushing the Ukrainians to militarily confront Russia. In their visit to Kiev on Monday, US Secretary of State Antony Blinken and secretary of Defense Lloyd Austin announced fresh aid package of USD 713 million. This brings the total US military assistance to Ukraine to nearly USD 4 billion.

Talking about the objective behind the aid after their meeting with Zelensky, Austin directly asserted that “we want to see Russia weakened to the point where it can’t do things like invade Ukraine.”

Caving under pressure put by the US, Germany, which had refused to supply “heavy weapons” so far, announced on Tuesday the supply of Gepard anti-aircraft tanks to Ukraine. The country had earlier also supplied weapons to Ukraine without making any public announcement claiming them to be “defensive”. With the announcement on Tuesday, the Olaf Scholz government in Germany has changed the country’s decades-long policy of not supplying weapons to conflict zones.

Reacting to Western countries supplying weapons to Ukraine, Lavrov warned on Tuesday that this may further hamper any negotiated settlement with Ukraine and may prolong the war.

On Tuesday April 26, during a meeting with UN Secretary General Antonio Guterres who was visiting Moscow, Russian President Vladimir Putin justified Russia’s intervention in Ukraine by claiming that it is based on the precedent set by the International Court of Justice (ICJ) verdict in the Kosovo crisis.

The ICJ in an advisory opinion had said in 2010 that Kosovo’s unilateral declaration of independence in 2008 was valid under international law.

The provinces of Donetsk and Luhansk in the Ukrainian Donbass region declared independence from Ukraine in 2014 following the Maidan protests. Russia recognized their independence on February 21 after waiting for eight years for Kiev to implement the Minsk agreements which promised greater autonomy for the provinces in return for renunciation of the demand for independence. Russia began its “special operation” to liberate the republics three days later on February 24. It claimed that leaders of these two republics had asked for its help against possible Ukrainian attacks.

The objective of Russian aggression in Ukraine was not limited to the liberation of the Donbass republics. Putin had also claimed that Russia wants to “denazify” and “demilitarize” Ukraine. Russia also has reiterated its demand for Ukraine to declare its neutrality and not to become a member of NATO. It has claimed that Ukraine joining NATO will create a “security threat” for Russia.