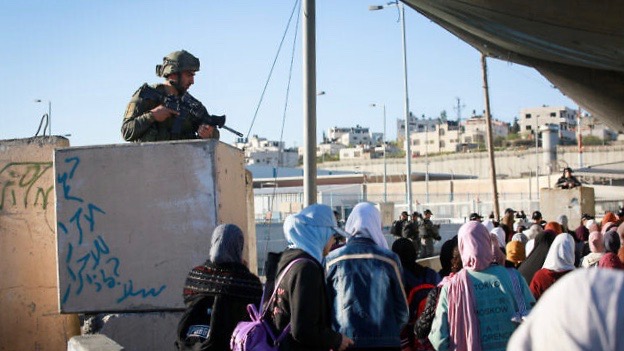 According to a statement issued by the Palestinian Ministry of Health on Monday, May 9, Israel has killed at least 50 Palestinians since the beginning of the current year inside the occupied territories. The figure is several times higher than the previous year. 14 Palestinians were killed by Israeli forces in the same period last year.

The majority of the Palestinians killed by Israeli forces were protesting against the “military raids” being carried out in their villages or refugee camps inside the occupied West Bank. At least 17 were killed in Jenin and seven in Nablus.

In April alone, 23 Palestinians were killed and over a thousand were arrested by the Israeli forces in such raids.

The Palestinian Ministry of Health claimed in the statement that if Palestinians killed inside the 1948 territories are included, the death toll reaches 53, including three women and eight children.

The increase in Palestinian fatalities is an indication of Israel’s renewed emphasis on the use of force against all forms of peaceful Palestinian resistance. In December, the Naftali Bennett government had given permission to its security forces to open fire on unarmed demonstrations.

After some Palestinians carried out attacks inside Israel, resulting in the death of Israeli citizens in March, the Israeli government announced it was giving a free hand to its forces, leading to increased raids inside the Palestinian villages, mostly during the night.

Meanwhile, the decision by the Naftali Bennett government to promote orthodox Jewish visits in the Al-Aqsa mosque compound during Ramadan led to large-scale protests in occupied East Jerusalem and inside other occupied territories.

In the lead up to Israel’s Independence and Memorial days, it had imposed a complete ban on Palestinians entering into the 1948 territories from both occupied West Bank and Gaza, claiming security concerns during the celebrations. On Monday, Israel announced opening of the crossings from the West Bank, but extended the ban on Palestinians entering from the besieged Gaza strip.

Palestinians have claimed that Israel has been closing the crossings as a part of its “collective punishment” policy against Palestinians resisting the occupation.

The Beit Hanoun/Erez crossings between Gaza and Israel were first closed on April 23 until further notice. Initially, Israel claimed that the closure was in response to missile attacks from the territory. Following a public outcry, it announced the opening of the crossings soon after. However, on May 1, under the pretext of the holidays, Israel again announced the closure of the crossings beginning from May 3.

Gaza’s economy has suffered tremendously due the complete air, sea and land blockade imposed by Israel since 2006. Closing of crossings multiplies the sufferings of the nearly two million Palestinians living in the area.

Even after announcing the opening of the West Bank crossings on Monday, the Israeli government announced that it would maintain restrictions on movement on residents of the Rummanah village, alleging that the perpetrators of a recent knife attack against Israelis came from that village.

Israeli authorities also plan to demolish the houses of the Elad accused despite such practices being considered as an illegal act of “collective punishment.”

Thousands of Palestinians travel through the crossings every day for work, health facilities, or to meet their relatives in Israel and other purposes. According to Times of Israel, around 160,000 Palestinians have work permits to work in Israel.

The closure of the crossings has also affected visits of Palestinians to relatives imprisoned inside Israeli jails. Palestinian news agency Wafa reported on Monday that all such visits scheduled for last week had to be cancelled and that the renewal of the closing orders means that people from Gaza cannot visit their relative this week as well.

There are around 4,500 Palestinians in Israeli jails. Most of them have been denied visits by relatives for long as such meetings were suspended for almost two years following the outbreak of COVID-19.