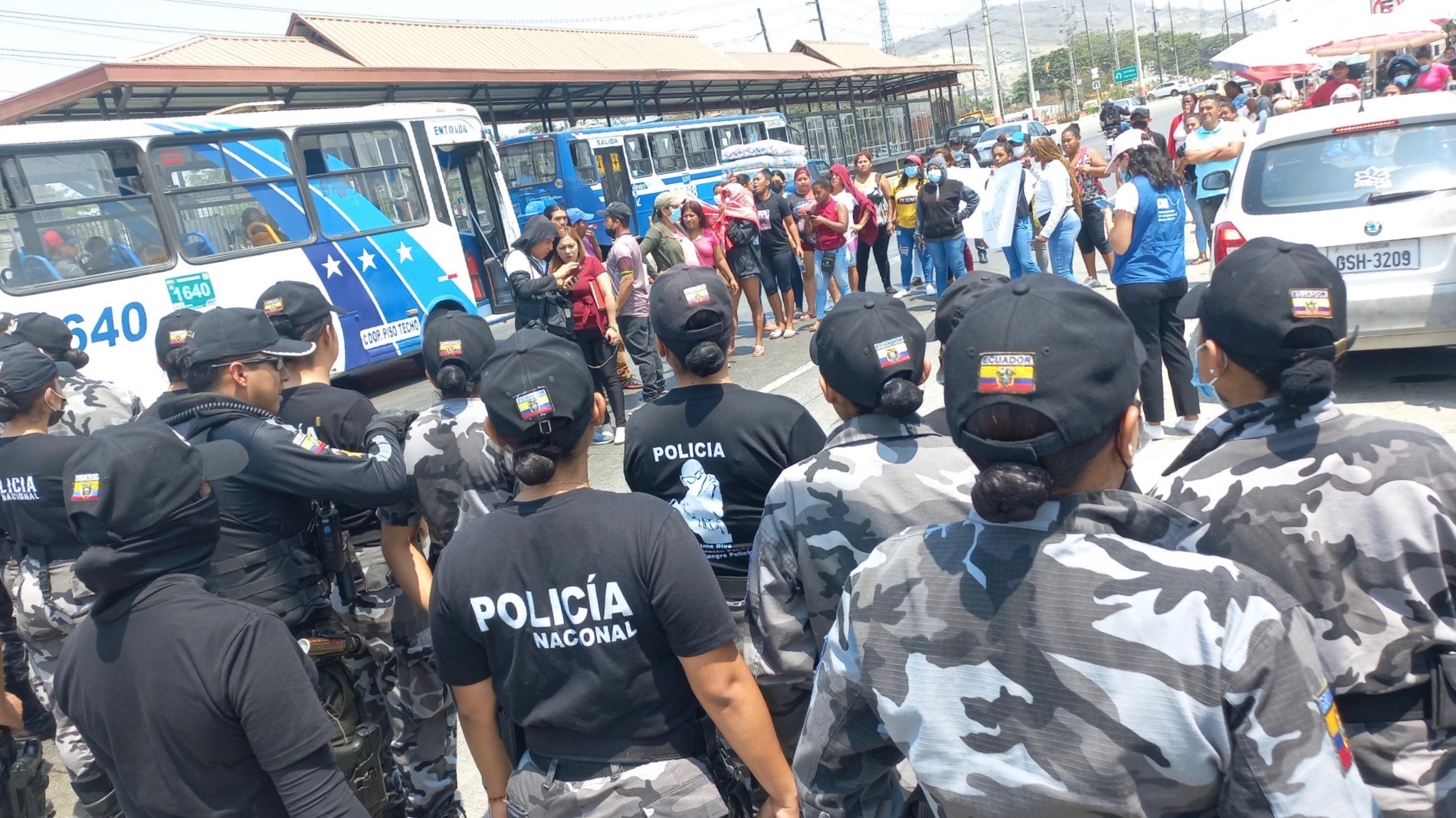 Family members of the detainees at the Litoral Penitentiary have been protesting outside the prison center demanding information about their imprisoned relatives. (CDH-GYE/Twitter)

The National Comprehensive Care Service for Adults Deprived of Liberty (SNAI), the state agency in charge of Ecuador’s penitentiaries, reported on Thursday October 6, that at least 13 inmates were massacred in a riot at the Litoral Penitentiary in Guayaquil city on Wednesday, October 5.

The SNAI also reported that the violent confrontations between PPL (persons deprived of liberty) also injured 18 inmates and five police officers. The state agency assured that the authorities had regained control of the detention center, and expressed its solidarity with the families of the deceased and injured prisoners.

According to reports from local newspaper El Comercio, shots and detonations were heard from inside the prison during the riot. A huge cloud of smog was seen above one of the security wings. Among the injured victims, there are people with blast injuries and fractures. The National Police reported that the five police officers were injured with firearms.

It took the prison guards, police officers, and soldiers over six hours to bring the situation under control. According to the alerts issued by the SNAI, the brawl began at approximately 2:30 pm. The Ministry of the Interior reported at around 9 pm that the disturbances were controlled.

Soon after the first alerts were issued, worried family members and lawyers of the detainees rushed to the prison center to find out the status of their imprisoned relatives. Many cried and screamed in desperation upon hearing shots and explosions from inside the penitentiary, where the country’s bloodiest of massacres were registered last year.

Nevertheless, the police refused to provide information on the injured or deceased persons, and violently repressed the relatives of the inmates with tear gas and batons.

The Regional Human Rights Advisory Foundation (INREDH) condemned the police actions and demanded that the authorities assist them, protect their relatives and guarantee their basic right to life.

Hours later, the Alliance Against Prisons reported that in addition to the relatives of the inmates, human rights defenders who had gathered outside the prison in their support and the journalists covering the situation were also attacked and received threats from the police.

Thursday’s massacre was the third prison massacre and riot to take place in the last three days. On Monday and Tuesday, October 3 and 4, violent riots were recorded at Cotopaxi Prison No.1 in Latacunga city.

On Monday, the violence erupted minutes after a census of prisoners was concluded. According to the SNAI, a brawl broke out between members of rival drug trafficking gangs, and prisoners fought with guns before the prison guards and police officers regained control with support from the national military. The shooting left at least 15 inmates dead and 21 injured.

In the clash, drug lord Leandro Antonio Norero, alias “El Patron”, who faked his death to evade justice in Peru in 2020 and was arrested in May on money-laundering charges in Ecuador, was killed. The SNAI reported that the shooting originated from an attack on Norero.

On Tuesday, another riot flared up in the Cotopaxi Prison following the confirmation of Norero’s death. A series of explosions were recorded at around 11:30 am. Several inmates climbed onto the roof of the prison facility. The relatives of the detainees and members of the press, who were at the scene inquiring about the details of the massacre on the previous day, were immediately evacuated by the police.

The situation was contained relatively quickly. The SNAI reported that the two consecutive violent incidents resulted in the murder of a total of 16 inmates and left 43 injured.

On Tuesday night, the authorities transferred some 135 prisoners from the Cotopaxi prison to other prison centers.

The Litoral and Cotopaxi prisons have both witnessed gory prison massacres in 2021.

In September 2021, at the Litoral prison, the country’s largest and among the many overcrowded and understaffed prisons, inmates clashed with guns, grenades and machetes. The violence claimed the lives of at least 125 prisoners and left around 80 gravely injured. The confrontation was the bloodiest clash of the year. Less than two months later, in November, another 65 prisoners died in a new clash recorded at the prison. The riots were particularly brutal, with some prisoners beheaded or hacked to death with machetes.

Ecuador’s prison system has been going through a severe crisis since the end of 2020. According to official data, since January 2021, 392 prisoners have been killed in the state’s custody in nine massacres in prisons which some allege are controlled by corrupt officials.

The ruling right-wing government has blamed drug trafficking gangs vying for control of criminal activities for the crisis. Nevertheless, human rights organizations have highlighted that overcrowding, negligence of the authorities, and absence of crime prevention policies in the country are the fundamental reasons.

Various national and international human rights defenders and organizations fiercely criticized the Ecuadorian national police and prison authorities for the crisis inside and repression outside the prisons.

Ecuadorian human rights activist Fernando Bastias Robayo held the police directly responsible for the massacres. “Inside the prisons they kill people with the permissiveness of the state and outside of it they repress their relatives,” he tweeted.

In another tweet, with regard to the threats made against human rights defenders who accompanied the relatives of the prisoners, Bastias stated that “In Ecuador, defending human rights has become one of the most dangerous jobs. The particular thing is that those who attack us are the same ones who have the obligation to protect us. We hold President Guillermo Lasso responsible for any attack on our personal integrity or life.”

Professor Ramiro Avila Santamaría also criticized the police. “Inside the prisons, Ecuadorian National Police do not intervene and let massacres happen. Outside the prisons, they repress relatives of prisoners and human rights defenders. This country is going crazy,” he tweeted.

On October 4, a group of five European NGOs issued a joint statement condemning the massacre in the Cotopaxi prison and the absence of the Ecuadorian state.

“We reject the lack of State’s control that resulted in the brutal massacre that occurred yesterday in the Latacunga prison…Despite continuous massacres, the protection provided by the Ecuadorian Government to people deprived of liberty has been non-existent, not only that, it has acted with intent or serious negligence,” said the statement.

They demanded that the national authorities “take urgent measures for immediate reparation and non-repetition of these violent acts.” They also called on the international community to speak out in the wake of this new act of prison violence.

At the same time, they emphasized that they would activate all international instruments to seek justice for the victims and their families.

The signatories were  European Collective of Ecuadorian Diversity (CEDE), the Society for Human Rights Amnesty and Equal Opportunities International Actions (GARCIA), the Norwegian Forum for Democracy and Rights in Ecuador (NOFEC), the Association of Latin American Migrants in France (ALMA), and the Friends of Ecuador Association (ADE). 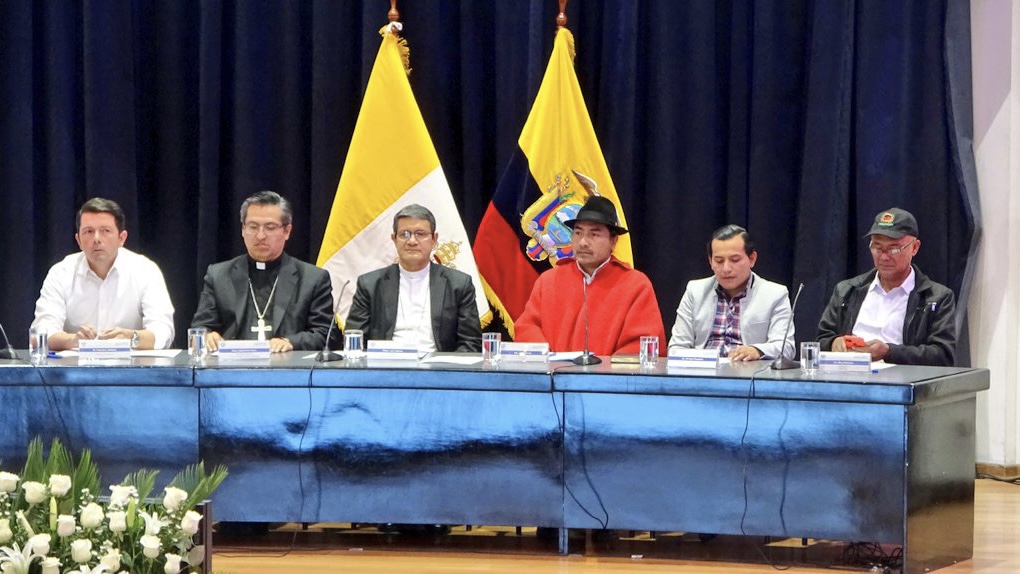 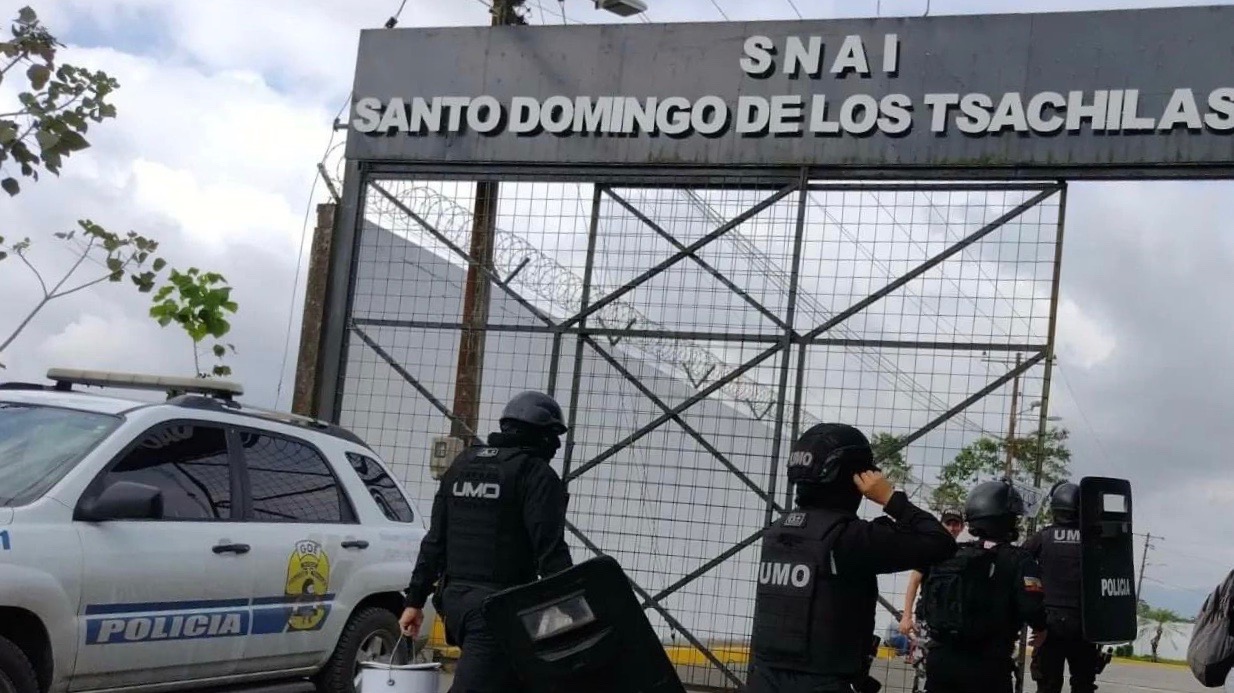